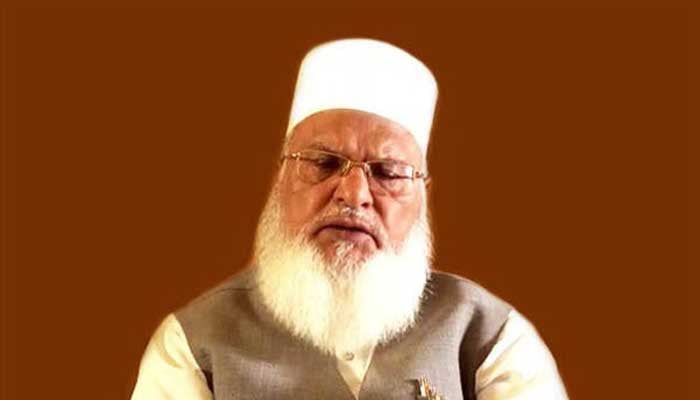 KARACHI: Mufti-e-Azam Pakistan and veteran Islamic scholar Maulana Rafi Usmani passed away on Friday at the age of 86 in the provincial capital.

Maulana Rafi Usmani was the elder brother of the Islamic university’s Vice President Maulana Mufti Taqi Usmani and the son of Pakistan’s former grand mufti Shafi Usmani. He was the president of Jaamiyah Darul Uloom Karachi.

Usmani was born in the United-India’s Deoband town on July 21, 1936. He was also the patron of the Wifaq ul Madaris Al-Arabia, Pakistan.

Condolences on the death of the country’s grand mufti started pouring in with President Dr Arif Alvi paying tribute to the scholar’s religious and academic services while extending his grievance.

“Mufti Rafi Usmani has rendered valuable services in the field of fiqh, hadith and tafsir. His religious and academic services, and services for the promotion of religious knowledge,” the president said.

“Mufti Rafi Usmani’s life was devoted to preaching and propagation of Islam. His social and religious services will be remembered forever,” PM Shahbaz said, adding that the Islamic scholar has contributed his valuable services to the unity of Muslims.

“May Allah grant the deceased a high place in Jannat al-Firdous and patience to the bereaved’s family,” the premier said.

Meanwhile, Information Minister Marriyum Aurangzeb also shared her grief on the demise of the Islamic scholar.

“Mufti Rafi Usmani’s death is an irreparable loss. Religious services of the deceased will always be remembered,” she said.

“This is a great loss for not only Pakistan but also the Islamic world. Mufti sahib’s contributions to the promotion of religious teaching are unparalleled,” the governor said in his condolence message shared on Twitter.

Tessori added that the void created by the death of Mufti Rafi Usmani will not be filled for a long time.

The chief minister prayed for Mufti Rafi Usmani to be granted a high place in Jannah.