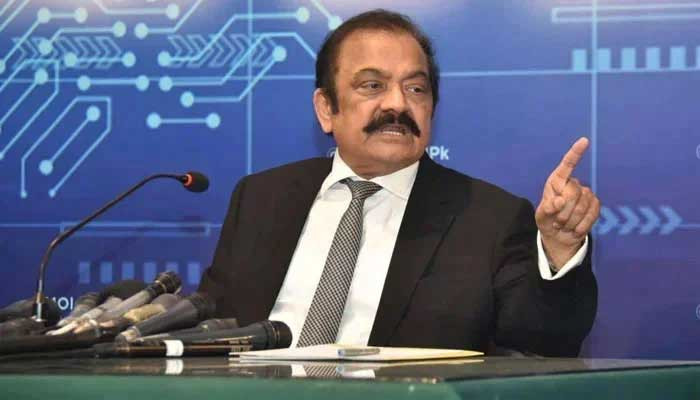 KARACHI: Interior Minister Rana Sanaullah on Friday said that Prime Minister Shahbaz Sharif will announce the name of the next army chief “in a day or two”.

Speaking on Geo News programme “Naya Pakistan”, Sanaullah shared that PM Shahbaz Sharif has completed the consultation process over the appointment of the next army chief and will bring it to paper within few days.

The incumbent, Gen Bajwa, will hang up his boots on November 29.

Hinting at finalising the name for the coveted post, the interior minister said, “Just formal announcement is yet to be made.”

He maintained that the appointment of the army chief is the prerogative of the prime minister and he would make the final decision soon.

“In my opinion, further delay over the appointment will not be appropriate,” he added.

On the other hand, PPP Co-chairman Asif Ali Zardari said that his party strongly believes in the internal promotion system of the Pakistan Army.

In a statement, the PPP leader said that all three-star generals are equal and fully capable to head the army. “The prime minister will appoint the new army chief as per the law,” he added.

The appointment of the army chief should not be politicised at any cost, the former president said, adding that the matter will harm the institution if it is politicised.

COAS’s appointment should be above politics: Shujaat

Moreover, PML-Q President Chaudhry Shujaat Hussain said that the appointment of the army chief should be made above politics.

Talking to journalists upon arrival from Saudi Arabia, he said that the criteria set by the constitution and the law for the appointment of the army chief should be followed.

The politicians should not make the appointment controversial through their rhetoric, the senior leader advised his fellows. He urged the politicians to stop commenting on the matter.

“Politics is the name of restraint but not of confrontation,” said the PML-Q leader.