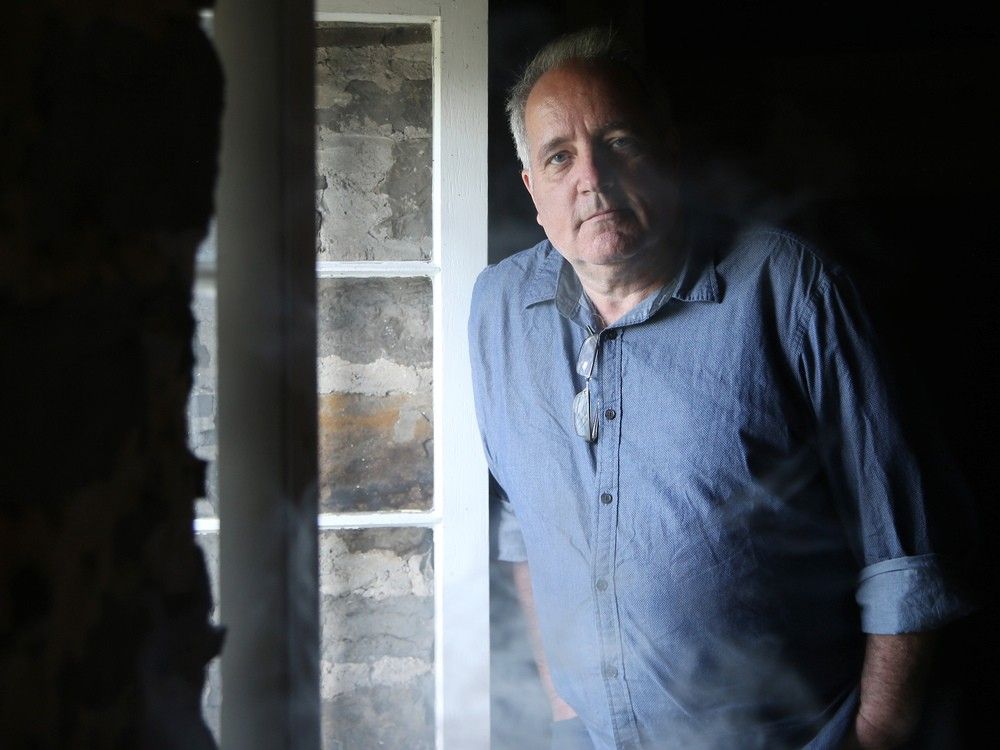 Journalism, it’s been said, is the first rough draft of history.

If that’s true, then Ottawa Citizen columnist Bruce Deachman’s new book, Front Page Ottawa, is like reading the marginalia, footnotes and editors’ comments about stories that will never make it to the final version.

With many compiled from the twice-weekly feature Deachman wrote for the Ottawa Citizen’s 175th anniversary in 2020, the book is chock-full of stories and anecdotes, once newsworthy, that are now to be found only in the faded yellow copies held in archives or in digital forms on websites such as newspapers.com.

“These stories fascinate me,” Deachman said. “I love looking at old stories of Ottawa. This book is written for anyone who finds these sorts of things interesting. People who are interested in Ottawa’s history. These aren’t just reprints of old stories. This is me writing about those stories.”

Deachman dedicates the book to his two children — and to Jane Waters.

Who was Jane Waters?

She’s there on page 106, right after the story about a supersonic flypast by a CF-104 Starfighter that shattered all the windows in the brand new Ottawa airport terminal in 1959.

Beginning in August 1861, Jane Waters made a regular appearance in the newspaper, hauled to court on charges of vagrancy, theft and prostitution. Described in the paper as “frail” and “notorious,” poor Jane was regularly fined, jailed and admonished by judges for her behaviour.

The Life and Extremely Hard Times of Jane Waters is one of the longest chapters in the book.

“When I read about her and how the paper described her as being in court ‘for about the 100th time’ I thought, ‘I want to know more about Jane Waters,’” Deachman said. “But all I could find out was her name in the police blotter. There was nothing about her birth or her death.

“Her story touched me a lot. I think the story of Jane Waters is a lot of what this book is about. It’s about the characters who made up this city.”

Another surprising character from Ottawa’s past was young Joachim Von Ribbentrop, who “floated through this city’s social circles with a handsome and athletic ease.” Von Ribbentrop played violin at Ottawa concert halls, helped Santa hand out presents at a May Court Club fundraiser and showed off to visitors on the gymnastic equipment he had installed in his Slater Street apartment.

Von Ribbentrop, or “Rib” to his friends, went back to Germany at the outbreak of the First World War and would later become one of Adolf Hitler’s closest confidants and Nazi Germany’s minister of foreign affairs. He was hanged in 1946 for war crimes.

There are stories of tragedy: the Heron Road Bridge collapse that killed eight workers and a plane crash that killed 15 in an Orléans convent.

The quirky: The Great Farini’s tightrope walk over Chaudière Falls in 1864 and Ezekiel Wiggins — the “Ottawa Prophet” — whose predictions never came true.

The city’s golden girl, Olympic skater Barbara Ann Scott, gets her due as does Elvis, whose photo was splashed on the front page after his April 1957 show at the Ottawa Auditorium.

For world events, Deachman found an Ottawa angle, like the dozens of callers who complained that live TV coverage of real astronauts Neil Armstrong and Buzz Aldrin’s moon landing had pre-empted an episode of Star Trek.

A creepy 1949 story about “Ottawa’s Telephone Lover,” whose “sibilant sighs … turns pink the ears of the ladies he calls” leaves the present-day reader appalled at the journalistic mores of the time.

“That’s one of the things I found really interesting,” Deachman said. “To see how things were reported at the time and then commenting on that.”

Front Page Ottawa: Stories from the Ottawa Citizen 1845 to Present is available in local chain and independent bookstores and online at ottawapressandpublishing.com. It sells for $29.95.