HomePolitics newsAdult hospitals to take over care of most youth over 16, to...
Politics news

Adult hospitals to take over care of most youth over 16, to take pressure off CHEO 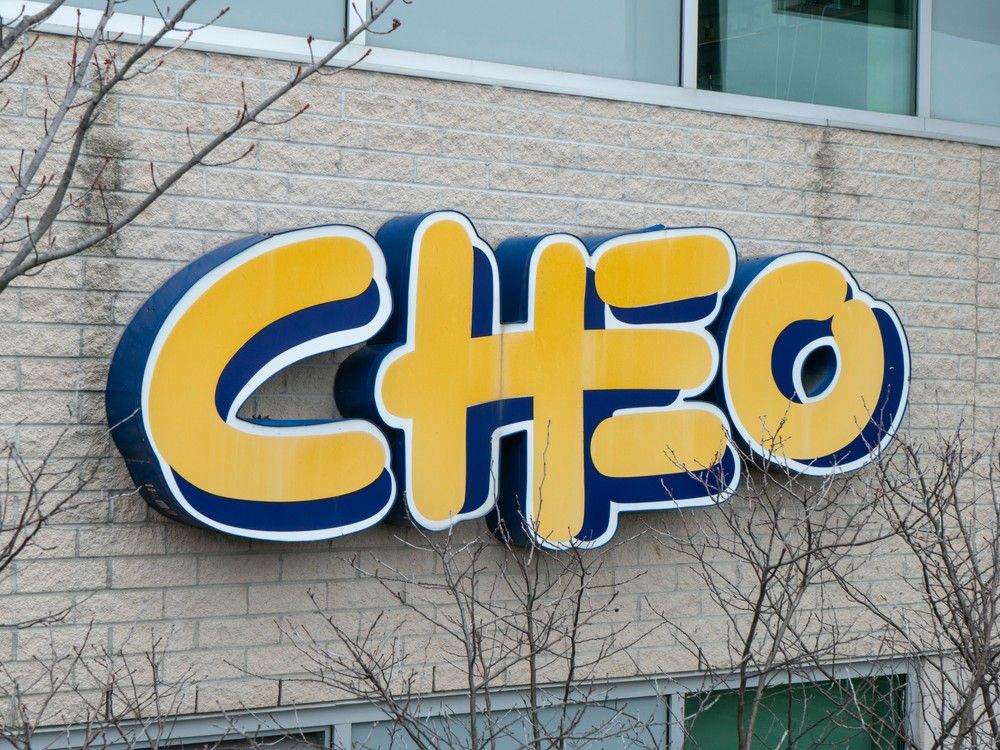 Ten days after it opened a second unit for critically ill children, most of whom need help breathing, CHEO’s pediatric intensive care units were at 200 per cent of normal capacity Friday and hospital officials said they would have to expand further.

The severe viral season has slammed CHEO and children’s hospitals across North America. CHEO has been forced to cancel surgeries and redeploy staff to its emergency and intensive care units.

During a media briefing, officials with the children’s hospital based in Ottawa warned the unprecedented surge of young children who are seriously ill with viral illnesses could continue through the holiday season and into the new year.

“We really are planning for the worst and hoping for the best but we feel we have reached a level that we are going to stay at probably for the next four to six weeks,” said the hospital’s Chief Medical Officer Dr. Lindy Samson.

“We are doing everything possible to ensure that we are able to be there for kids in order to provide care for that period of time.”

The update on the ongoing surge at CHEO came a day after Ontario’s Health Minister Sylvia Jones reassured parents that their children would get the medical care they need in a timely fashion and that the province had prepared for the surge in severe viral illnesses.

On Friday, the province took the extraordinary step of directing adult hospitals in Ottawa and throughout the region to begin taking care of 16 and 17 year olds, in emergency departments and hospital beds, to take some pressure off CHEO. Children under 18 are normally treated at the pediatric hospital.

CHEO President and CEO Alex Munter thanked adult hospitals, family doctors and pediatricians for stepping up to help during the crisis. He noted that CHEO sent 60 staff members into struggling long-term care homes during the first wave of the pandemic and admitted adult patients to its ICU during the third wave.

He also thanked the Ministry of Health for the resources enabling the hospital to respond to the “never-before-seen surge of babies and young children suffering from viral conditions that require hospital care.”

Samson noted that the majority of children needing hospitalization for respiratory illnesses are under the age of five, so redirecting older children to adult hospitals will not make a major dent in ICU numbers. “But every little bit helps.”

Samson, who earlier pleaded with Ottawa residents to return to mask wearing in order to protect young children, again encouraged everyone to wear masks and follow public health advice, and she said having classrooms and teachers wearing masks in school would help. CHEO has been asked to provide input to the Ottawa Carleton District School Board, which is to vote next week on whether to bring back mask mandates in schools.

In addition, 14 children who need help with their breathing and would normally be treated in intensive care are receiving critical care on medical floors. Others have been treated in the hospital’s neonatal intensive care unit. The hospital have been able to hire more respiratory therapists to help cope with the volume, he said.

Samson said some children have also been treated while in the emergency department waiting for critical care beds, because the hospital is beyond capacity.

“We simply have too many children needing care and we are doing everything that we can to ensure that they get the care they need,” said Munter.

In a press release, Ottawa’s adult hospitals noted that young people are “always welcome” at its emergency departments. Following the Ontario Health directive, youth 16 and 17 will be redirected to adult hospitals, including The Ottawa Hospital, Queensway Carleton Hospital or Montfort Hospital.

“Our teams are ready and prepared to provide this care. CHEO clinicians are available to support all the region’s hospitals on individual cases, as required,” read a release from the hospitals.

CHEO cares for children and youth up to 18. The directive temporarily changes that.

It does not apply, though, to youth with eating disorders, youth who have experienced sexual assault, or youth already being followed by CHEO for chronic conditions.

“Providing care to 16- and 17-year-olds is not new for the region’s adult hospitals. It has happened in the past on a case-by-case basis. In addition, the Royal Ottawa Mental Health Centre will continue to work with CHEO as well the adult hospitals to provide specialized mental health services for 16- to 18-year-olds,” the city’s adult hospitals said in a press release.

Like CHEO, officials from adult hospitals encouraged people to wear a mask in crowded and indoor spaces, practice good hand hygiene and stay home when sick to slow the spread of viruses.

Friday’s update and renewed plea for people to return to wearing masks came as a photo surfaced on social media of the province’s Chief Medical Officer of Health Dr. Kieran Moore unmasked at a party sponsored by Toronto Life. Earlier this week, Moore “strongly recommended” everyone wear masks in crowded indoor settings.

In response, Ministry of Health spokesperson Anna Miller said Moore “follows many layers of protection, including screening daily for symptoms of any respiratory infection, practising good hand hygiene, staying up to date on immunizations, masking when necessary and distancing when possible.”

She added: “Dr. Moore continues to encourage everyone to use their best judgment on when it’s appropriate to wear a mask, particularly around the most vulnerable, including young children.”

Resources and information for families are available on the CHEO website, including guidance of when to seek out emergency care.