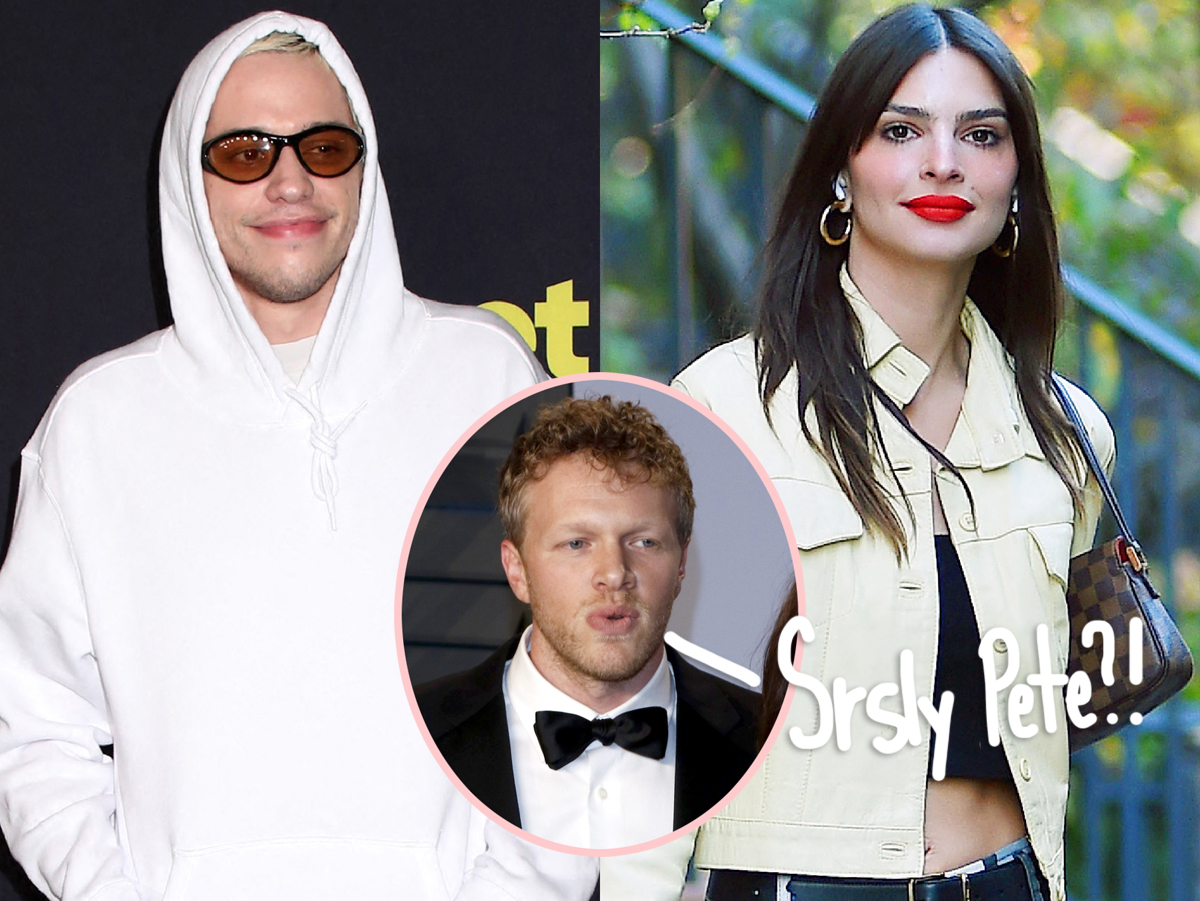 Well, this must be awkward…

By now, you’ve probably heard that Pete Davidson and Emily Ratajkowski are dating. According to the celebrity gossip Instagram account DeuxMoi, rumors of a relationship between the stars began when the pair were first seen getting cozy and “holding hands” while on a date in New York City. A report from Us Weekly then further fueled speculation, as a source revealed they’ve “been talking for a couple months now” and are “in the very early stages” of dating. On Wednesday, Pete and Emily went on to basically confirm something is going on between them when paparazzi captured them meeting up to celebrate the comedian’s 29th birthday, even catching them in a loving embrace while in the hallway of a Brooklyn apartment building.

But it turns out this new romance might not be without some behind-the-scenes drama. Why? Well, the Saturday Night Live alum was friends with EmRata’s cheating ex-husband Sebastian Bear-McClard! Yikes!!! Over the years, Pete and Sebastian have been spotted hanging out together and even talking about each other. During an appearance on The Tonight Show Starring Jimmy Fallon four years ago, The King of Staten Island star also couldn’t stop gushing about the Safdie brothers’ 2017 film Good Time – which was “produced by Sebo, my friend.” Watch the moment (below):

According to TMZ,  the pals were previously pictured together at a New York Knicks game in 2020. You can ch-ch-check out the snapshot HERE. During this time, the film producer was still married to Emily. Plus, he duo also worked together in the past – including when Sebastian executive produced the 2022 comedy slasher, Bodies Bodies Bodies, in which Pete starred. It is unclear how close they used to be, but they definitely were more than just acquaintances!

If it is true they were good pals, we can imagine Pete and Emily’s new relationship might cause some tension between the Meet Cute star and Sebastian. And the last thing he needs is more conflict with an angry ex-husband – especially after everything he went through with Kanye West during his relationship with Kim Kardashian! Still, we cannot help but wonder what Sebastian must think about Emily moving on with his friend Pete.

Reactions, Perezcious readers? Would you be upset if your pal started dating your ex? Do you think Sebastian will address Emily and Pete becoming an item? Let us know your thoughts on the situation in the comments (below)!