Imran Khan says rivals think only way is to ‘eliminate’ him 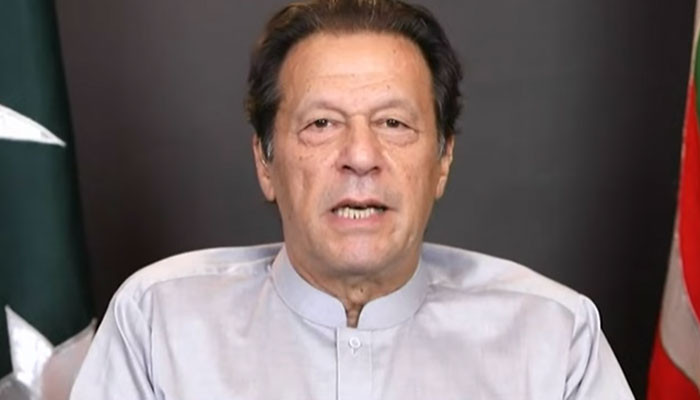 PTI Chairman Imran Khan, who recently survived an assassination attempt in Wazirabad which left him injured in the legs, said that the threat to his life was “still there”.

Former prime minister Khan sustained bullet injuries in both of his lower limbs in an attempt on his life during PTI’s much-touted anti-government long march when his convoy stopped in Wazirabad on November 3.

In a recent interview with France24, Khan said that he still dreaded another bid on his life in the near future.

“They think that the only way to get me out of the way is actually [to] eliminate me. So I think that there is a threat, still,” Khan said.

As per the former prime minister, the suspected assassin that has been arrested right after the incident was merely a decoy and there was another gunman at the rally in the eastern city.

Khan said he only trusted the chief justice to conduct an independent investigation, arguing that any other probe would be sabotaged by the government.

The former premier said he also feared further attempts on his life but vowed to rejoin the anti-government march.

He said he would take “more precautions” but vowed to carry on regardless of the risks, insisting that the protest march would remain peaceful.

He said the only solution was free and fair elections, stressing that his party was certain to win them.

Khan, who was ousted as premier in April after losing a no-confidence vote in parliament, denied having backtracked on his claim that he was toppled as part of a collusion between the US and the Pakistani elite.

He stressed there was indeed evidence that the US administration wanted to oust him, saying that a diplomatic cable proved his claim and that the issue was now in the hands of the chief justice. However, he said he didn’t want to go against the interests of the people of Pakistan by antagonising a superpower.