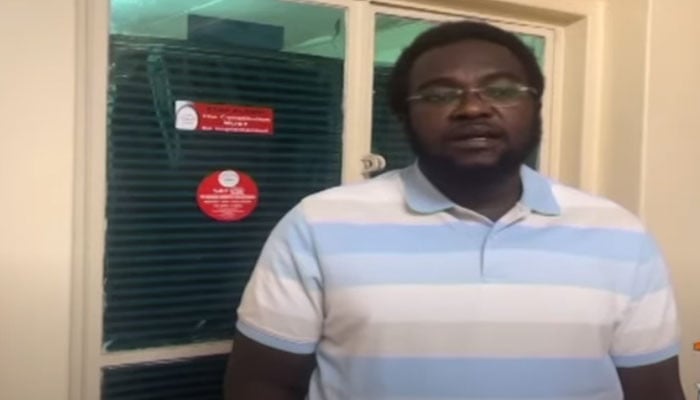 In an exclusive interview with Geo News, the Kenya Human Rights Commission’s Martin Mavenjina said everything in Sharif’s murder investigation points to the hallmarks of “an inside job”.

Mavenjina, who is a lawyer at Kenya’s High Court and works for the lead human rights organisation in Kenya, told the publication that Sharif’s “murder was clearly planned and executed” and “it simply shows that he was surveilled over a good period of time. The question is how did the security agencies know he was in that specific locality at that time”.

“The Kenya police are guilty as charged. Their excuse of mistaken identity doesn’t hold water because when you file a complaint to the police you give a clear description of the vehicle. In this case, the vehicle in which Sharif was travelling was a V8 Landcruiser. These are the vehicles used by cabinet members, parliamentarians and VIPs,” the lawyer said speaking on the matter.

The human rights advocate said that Kenya’s constitution guides the police on how to respect human rights and protect them but “look at how Sharif was killed and it shows there was an outright disregard for the constitution and human rights. In my honest opinion, Sharif’s killing was clearly planned and clearly choreographed”.

Mavenjina said that of all the countries in the world, Kenya’s police are number three in corruption. “We have instances where Kenyan police killed innocent people including a human rights lawyer and it took over four years to investigate and follow the due process to get the officers convicted”.

The KHRC official said that his organisation, with help from the missing person’s coalition over the last five years, has documented over 200 cases of unlawful kings and disappearances by the police.

Mavenjina said it was clear that Sharif’s shooters were “well trained over a long period of time”.

The KHRC official added: “Ordinarily it is very difficult to get a headshot on a very specific target or an individual in a moving vehicle even at a close range it is very difficult but if you look at circumstances in which Sharif was shot at two places this was well-planned.

The roadblocks were placed for a purpose. When there are roadblocks in Kenya, people are told there will be roadblocks for ID checks etc, there was nothing in this case.”

Sharif was invited to visit and stay in Kenya by Nairobi-based property developer Waqar Ahmad, brother of Khurram Ahmad who was driving the journalist on the fateful night of October 23, when he died in a hail of bullets rained on him by the Kenyan police at a deserted area.