How The DCU Can Fix 1984’s Wonder Woman Mistake 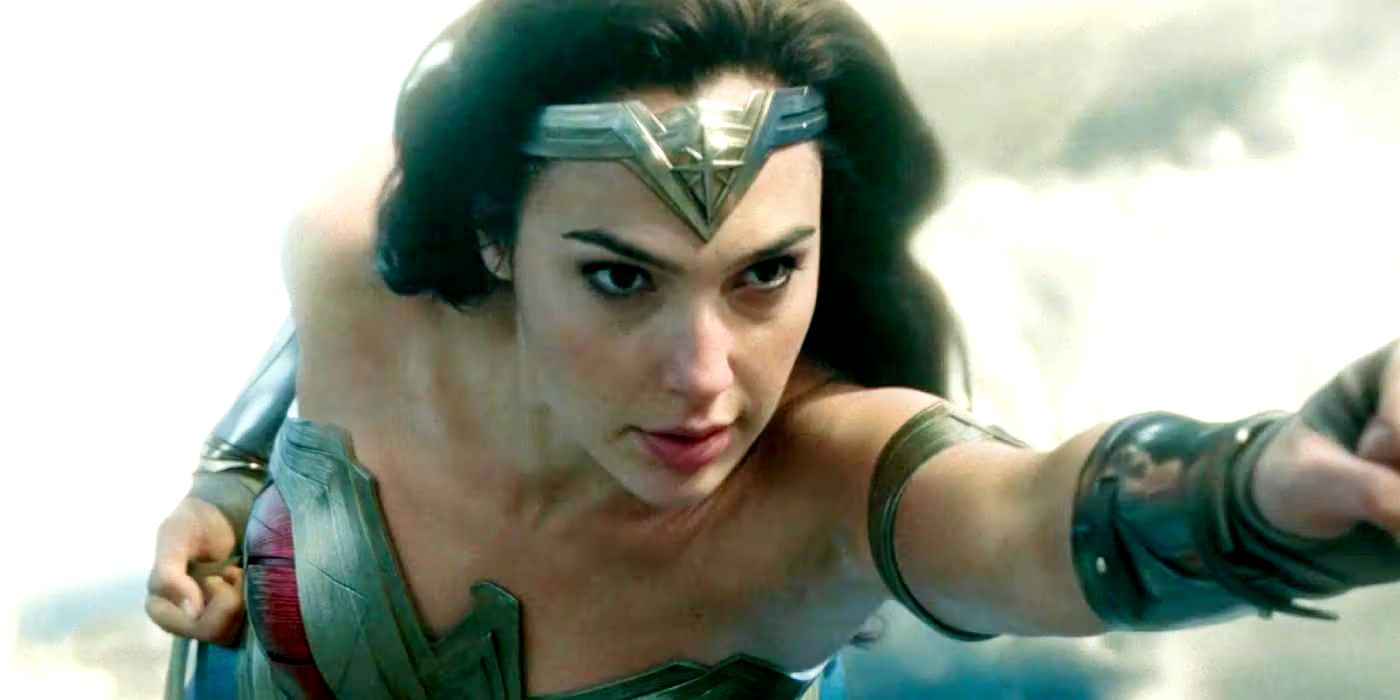 The upcoming DCU plans being formulated by DC Studios can amend the divisive response to 2020’s Wonder Woman 1984. Following Warner Bros. merger with Discovery, the studio’s DC Films subdivision has been reformed into the vertical DC Studios, with James Gunn and Peter Safran co-heading the newly formed studio. Gunn and Safran’s tenure with DC Studios is being followed with extensive planning for future DCU projects, in which Gal Gadot’s Wonder Woman will doubtlessly be a major player.

While Gadot’s tenure as the DCU’s Wonder Woman has been widely very well-received, Diana’s two solo movies have been two sides of the same coin. Diana’s origin story in 2017’s Wonder Woman stands as one of the most beloved DCU movies, while its follow-up Wonder Woman 1984 was met with a significantly more polarized response. As DC Studios works out upcoming DCU projects, Diana’s prospects for rebounding from the reception to Wonder Woman 1984 are quite high, but do also warrant an examination of why both Wonder Woman and Wonder Woman 1984 were received how they were.

Wonder Woman 1984 was a major tone shift from the World War I story of its predecessor. With a style that effectively combined the 1970s Wonder Woman TV series with the Christopher Reeve Superman movies, Wonder Woman 1984 truly plays like a superhero movie from the ’80s rather than simply taking place there. Though Wonder Woman 1984‘s introduction of Cheetah (Kristen Wiig) and overall campy tone produced a much more lighthearted Wonder Woman movie than the first, the sequel’s abrupt style change left Wonder Woman 1984 to feel like fluff compared to the epic adventure of Wonder Woman.

Despite the global-scale stakes brought about by Maxwell Lord (Pedro Pascal) and his use of the Dreamstone, Wonder Woman 1984‘s action scenes also lacked the riveting impact of those of its predecessor (in addition to being fewer in number). With the sum total of its parts, Wonder Woman 1984‘s intended charm as a distinctly ’80s-style period adventure put the movie at odds with the standards set by the first Wonder Woman. Additionally, the return of Steve Trevor (Chris Pine) in another man’s body – whom Diana sleeps with – also generated significant controversy. All of these factors would lead to Wonder Woman 1984 coming to stand as a major DCU outlier, even next more comedic entries like Birds of Prey or The Suicide Squad.

The DCU Can Bring Wonder Woman Back To Her 2017 Greatness

For Wonder Woman 3 and Diana’s further adventures in the DCU, the simplest way to re-assert her glory is to look to her earlier appearances as the template to follow. Wonder Woman’s debut in Batman v Superman: Dawn of Justice made Gal Gadot’s Diana an immediate breakout star of the franchise. Even with her appearance in Batman v Superman being a supporting role that only showed her in action in the final battle with Doomsday, Diana’s appearance primed the world with excitement for her return in Wonder Woman as her first solo movie.

The release of the infamous cut version of the Justice League movie released just a few months later in 2017 did admittedly leave a negative after-effect on Wonder Woman‘s successful run, along with Wonder Woman 1984‘s own issues. Still, Diana’s roles in Batman v Superman and Wonder Woman positioned her as a warrior demigoddess snagging some of the DCU’s most crowd-pleasing moments. The release of Zack Snyder’s Justice League in 2021 brought this portrayal of Diana back to the forefront and made her innate warmth and kindness central to her personality when she tells a young girl aspiring to be like her, “You can be anything you want to be.“

The common denominator of Diana’s most well-received appearances are the centrality of her warrior’s might combined with her pure heart. While Wonder Woman 1984 wisely emphasized Diana’s empathy as her core quality (best seen in the movie’s ending of Diana persuading Lord to “renounce my wish“), the softened role of Diana’s warrior spirit ultimately contributed to Wonder Woman 1984 being a weaker sequel. The balance of Diana’s kind heart and warrior’s strength is central to her character, and bringing that balance back is all that is really needed for her DCU future.

Why The DCU’s New Direction Can Save Wonder Woman

With DC Studios mapping a 10-year plan for the DCU, re-establishing a sense of harmony between each installment of the franchise seems to be a priority. Additionally, the complication that the theatrical version of Justice League created appear to finally be subsiding, with Henry Cavill returning as Superman in Black Adam and Ben Affleck potentially approaching a significant Batman comeback. With Diana’s place in the both DC’s Trinity and the Justice League along with Wonder Woman 3 being in-development, the DCU re-emphasizing itself as a connected franchise after years of ambiguous planning is likely to return a sense of synchronicity between characters and films.

The DCU has also given breathing room for great tonal diversity, from the epic scale of Zack Snyder’s Justice League to the R-rated comedy of Peacemaker. James Gunn seems to recognize the advantage of allowing multiple tones within a single franchise in DC Studios’ mission to grant creatives considerable freedom. Meanwhile, Wonder Woman 1984‘s tone shift shows there is a ceiling to how suddenly such boundaries can be pushed. For Diana’s upcoming DCU roles, embracing a lighter tone or different overall style is not out of the question, but the roadmap of the franchise suggests more carefully guided stylistic distinctiveness will be favored over hard turns.

With the DCU future plans for the Justice League, Wonder Woman’s role throughout the franchise is sure to be a foundation that will be heavily built upon. DC Studios existing as its own entity within Warner Bros., coupled with the Gunn’s director-friendly ethos, are also good signs that another disastrous Justice League-style revamping will not be in the DCU’s future. Meanwhile, after the unfortunate shortcomings that befell Wonder Woman 1984, Diana’s next adventures can benefit from the re-aligning of the DCU.

NEXT: Wonder Woman 3 Can Change How Powerful The DCEU’s Amazons Are