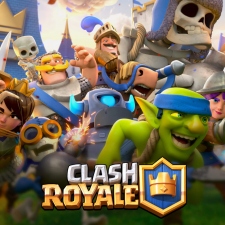 Supercell and their Clash of Clans franchise are a heavyweight of the mobile games industry. So it’s no surprise that games like Clash Royale invite analysis, especially when they see a major boost in revenue. Breaking down how and why this happens can offer major insight into how this sort of success can be replicated. Nadir Garouche broke down many of these aspects in his analysis of their most recent update, and studied how this boosted revenue for Clash Royale and saw a return to the US Strategy Top Ten chart.

The first thing he points to as key is the reworking of Clash Royale’s “Trophy Road” mode and the addition of a new one called “Path of Legends” which reworked the progression system. Rather than players now risking the loss of their rank (or trophies in the case of Trophy Road), and ranks being reset at the end of the season, now players would not lose ranks and although their overall ranking would be downgraded so they could work up, it wouldn’t be as severe a drop. Matchmaking was also reworked to put players on a more even footing, so that the overall power difference for cards was negligible, encouraging skill-based play and appealing to replayability.

The introduction of two new cards, the Phoenix and the Monk, also seriously changed how the game was played with their abilities making a major impact on the game’s meta. This encouraged players to utilise them, and soon most of the highest ranked players were utilising these cards in their deck. Supercell offered these cards for purchase for players who wanted to quickly add them to their deck, including a limited time offer for a lower price.

Of course, the ability to purchase these new cards may be perceived as ‘pay to win’, however the cards are still available through normal play – so, arguably, this was simply a shortcut for those willing to splash out. The viability and importance of these cards in competitive play probably went some way to incentivizing players to pick them up, especially as they were initially placed on offer.

Skill-based matchmaking is a topic that’s been pushed more and more in many games, from mainline console to PC, and can make a crucial impact on a player’s experience. Even in games that offer microtransactions or other monetization, keeping gameplay level makes it feel ‘fairer’ and thus more appealing to long term play and corresponding spending. All of this quickly pushed Clash Royale from #28 in terms of revenue to #7, as some pointed out, boosts like this are not uncommon after updates, however, this represented a particularly significant one and may be indicative of a shift we’ll see across Supercell’s other titles as a result

We also spoke to one of Supercell’s Game Leads, for their title Brawl Stars, Frank Keienburg last week. He took us through some of his experience working on the game, observations about what the wider industry can learn from mobile and a glimpse into Supercell’s company culture.