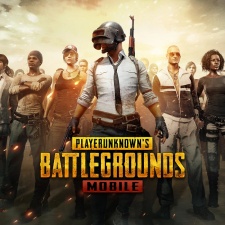 PUBG Mobile, the smash-hit battle royale game and Challengermode, esports infrastructure specialists, have today announced their partnership. Their collaboration aims to make the utilisation of PUBG MOBILE API, which facilitates esports competitions, easier for amateur organisers, and integrating it with the Challengermode Esports App available on iOS and Android. Not only that but PUBG Mobile and Challengermode have also announced their joining to create a PUBG Mobile Fund to help organisers offer greater prizes to competitors.

CBDO at Challengermode, Philip Hubner said “We’re excited to become a PUBG MOBILE esports partner as it enables us to extend our esports program and organiser funding opportunities to a global audience of players and organisers. As a partner, we offer a true value-add for the global esports ecosystem, and with activations already starting in Europe, Latin America and Brazil, we estimate that thousands of new PUBG MOBILE tournaments will be played over the next couple of months.”

Blurring the line between casual multiplayer and the amateur esports scene is something that’s sure to help boost the profile of the already massive PUBG Mobile title. Challengermode concentrating on countries outside of the commonly observed US and Asian markets for esports is also telling, as mobile makes esports available to a much wider audience, both to play and to watch. Making not just watching and playing, but organising easier shows how

PUBG Mobile and by extension, Krafton, may be anticipating that the future of mobile gaming lies not just in expanding their reach into new markets but also in encouraging the nascent esports scenes in these regions. Whilst funding major tournaments and competitions can be beneficial for raising the profile of these games and consumer interest, they can be expensive, time consuming and crucially, only occasional. Whereas amateur esports tournaments can take place at nearly any level, in any place and at any time.

Although Krafton has seen somewhat slow growth in their financials for Q3, but the company doesn’t seem to be slowing down in their ventures, or indeed giving up on the Indian market. Their increased focus on esports with this collaboration could potentially see games like BGMI, which has been the focus of ire from the Indian government, come back stronger than ever and expand their reach.