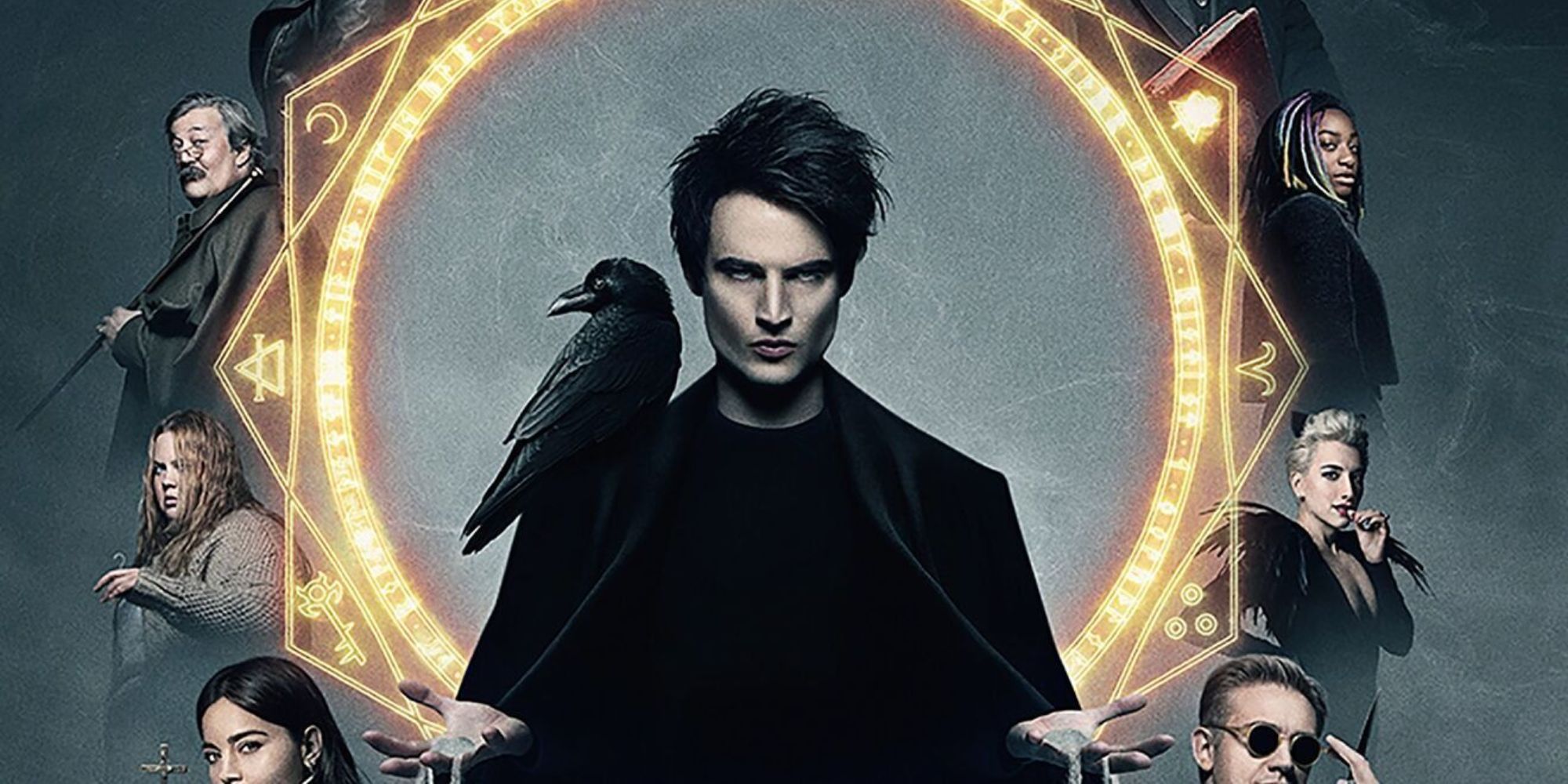 Since ancient times, stories have been shared to help humans understand their world and each other. Today, stories are used in much the same way, albeit with little tweaks and updates here and there. Neil Gaiman is one such author who uses ancient stories rooted in mythology to explore the meaning of being human with a degree of familiarity.

RELATED: ‘The Sandman’ Where Have You Seen The Cast Before?

Good Omens, a tale of angels and demons, has its roots in Christian mythology. American Gods weaves the strands of multiple world mythologies together while also creating its own. The Sandman is no different, borrowing from various mythologies to build new and intriguing characters.

In The Sandman, Cain (Sanjeev Bhaskar) resides in The Dreaming. He lives next door to his brother Abel (Asim Chaudhry) in the House of Mystery. Cain is a man with quite a short temper who doesn’t need much provocation to murder his younger brother again, and again, and again!

In Christian mythology, Cain first appears in the Book of Genesis as the firstborn son of Adam and Eve. He was a farmer who pledged his crops as an offering to God, however, God preferred his brother’s offering. Cain murdered Abel out of jealousy and became the first murderer, cursed to live the life of a wandering nomad in the Land of Nod.

In The Dreaming, Abel lives next door to his big brother Cain in the House of Secrets. Abel is gentle and kind-hearted, with an affinity for baby golden gargoyles. Poor Abel is repeatedly murdered by a brother he loves dearly, but luckily, he holds the power of resurrection.

In Christian mythology, the shepherd Abel, who offers his firstborn flock to God, is murdered by Cain out of jealousy. Unfortunately, he is not resurrected in the Book of Genesis. Abel’s blood soaks the earth which prevents Cain’s crops from yielding.

The main man Morpheus (Tom Sturridge), Dream of the Endless, Lord of the Dreaming, and King of the Nightmare Realms is an anthropomorphic god with the ability to shape the dreams and nightmares of the sleeping. Dream can traverse realms, often traveling to the waking world to visit his siblings or catch an errant nightmare.

RELATED: 8 Tom Sturridge Performances to Watch After ‘The Sandman’

In ancient Greek mythology, Morpheus really is the God of Dreams. He is the son of Hypnos, God of Sleep, and Pasithea, Goddess of Rest. Morpheus and his brothers are known as the Oneiroi which is the Greek word for “dreams.” Like his Sandman counterpart, Morpheus has the ability to shape and form dreams and can appear to mortals in any form he chooses.

Matthew (Patton Oswalt) is Dream’s faithful raven companion, who sometimes acts as his eyes and ears in the waking world. Matthew is sentient, can communicate with humans and gods alike, and can fly great distances to gather intel. Before Matthew, there was Jessamy, Dream’s raven who sadly passed while trying to rescue her master from Roderick Burgess (Charles Dance).

While ravens tend to appear in multiple mythologies, usually providing prophecy and insight, perhaps the most famous ravens are those belonging to the Norse god Odin. Hugin and Munin, loosely translated as “Thought” and “Memory” act as Odin’s eyes and ears, which is especially handy since Odin only has one eye. The ravens fly around the nine realms, gathering information to report back to the All-Father.

In The Sandman, Lucifer Morningstar (Gwendoline Christie) is the ruler of the Hell realm, presiding over a legion of demons. Lucifer is one of the most powerful beings in the universe with nigh-omnipotence and the ability to shapeshift. The extent of Lucifer’s awesome power is revealed in a battle with Dream of the Endless, who comes to Hell to retrieve his missing helm.

In Christian mythology, Lucifer is often associated with Satan or the Devil. But Lucifer is no demon–he is actually an angel, cast out from Heaven and banished to rule Hell for rising up against God. As an angel, Lucifer was the brightest and most beautiful, hence his “Morningstar” moniker. He envied God’s status and challenged his power, thus becoming a fallen angel.

In The Sandman, the demon Mazikeen (Cassie Clare) is Lucifer’s right hand and consort. She is referred to as Mazikeen of the Lilim which denotes her relation to Lilith, Adam’s first wife and mother of demons. Mazikeen’s face is half beauty and half rot.

Mazikeen is derived from the Mazzikin of Jewish mythology – a group of invisible demons known for causing minor inconveniences or greater harm. Mazikeen’s appearance could also be a nod to the Norse goddess of death, Hel, who was doomed to live in a constant state of partial decay while presiding over the Underworld.

In The Sandman, Morpheus summons the Fates to find out where his missing sand, helm, and ruby are. He is allowed to ask the women three questions only with one answer from each of them. The three women appear as maiden (Dinita Gohil), mother (Nina Wadia), and crone (Souad Faress).

In Greek mythology, the Fates presided over the threads of life: Clotho was the spinner, Lachesis measured the threads, and Atropus cut the threads. Unlike their Sandman counterparts, they all appeared as rather stern, ugly old women.

When Morpheus summons the Fates, he refers to them as the Hecate, or the “ones that are three.” They appear as a young, beautiful woman, a middle-aged woman who calls him ‘love,’ and an elderly woman. These three are known as maiden, mother, and crone.

In The Sandman, author Richard Madoc (Arthur Darvill) keeps Calliope (Melissanthi Mahut), the muse of epic stories, locked in his house. He takes advantage of her power to cure his writer’s block and pens a bestseller. It is later revealed that Calliope is the former wife of Morpheus, and they had a child together.

In Greek mythology, Calliope is known as the muse of epic poetry and the goddess of eloquence. She was invoked by writers, artists, and artisans in search of inspiration. She is the mother of Orpheus, who was sadly torn apart by Maenads, the female followers of Dionysus.

While Orpheus doesn’t appear on-screen, he is referred to when Calliope and Morpheus talk about grieving the loss of their son. The Fates mention that Dream’s son was “torn apart for his sacrilege” referring to his death at the hands of the Maenads.

In Greek mythology, Orpheus is actually the son of the King of Thrace. He was an extremely talented musician and poet, taught by Apollo himself to play the lyre. Orpheus is best known for following his wife Eurydice into the Underworld after her death at the hands of a poisonous viper.

NEXT: 8 Best Novels Based On Ancient Greek Mythology Like ‘Circe’