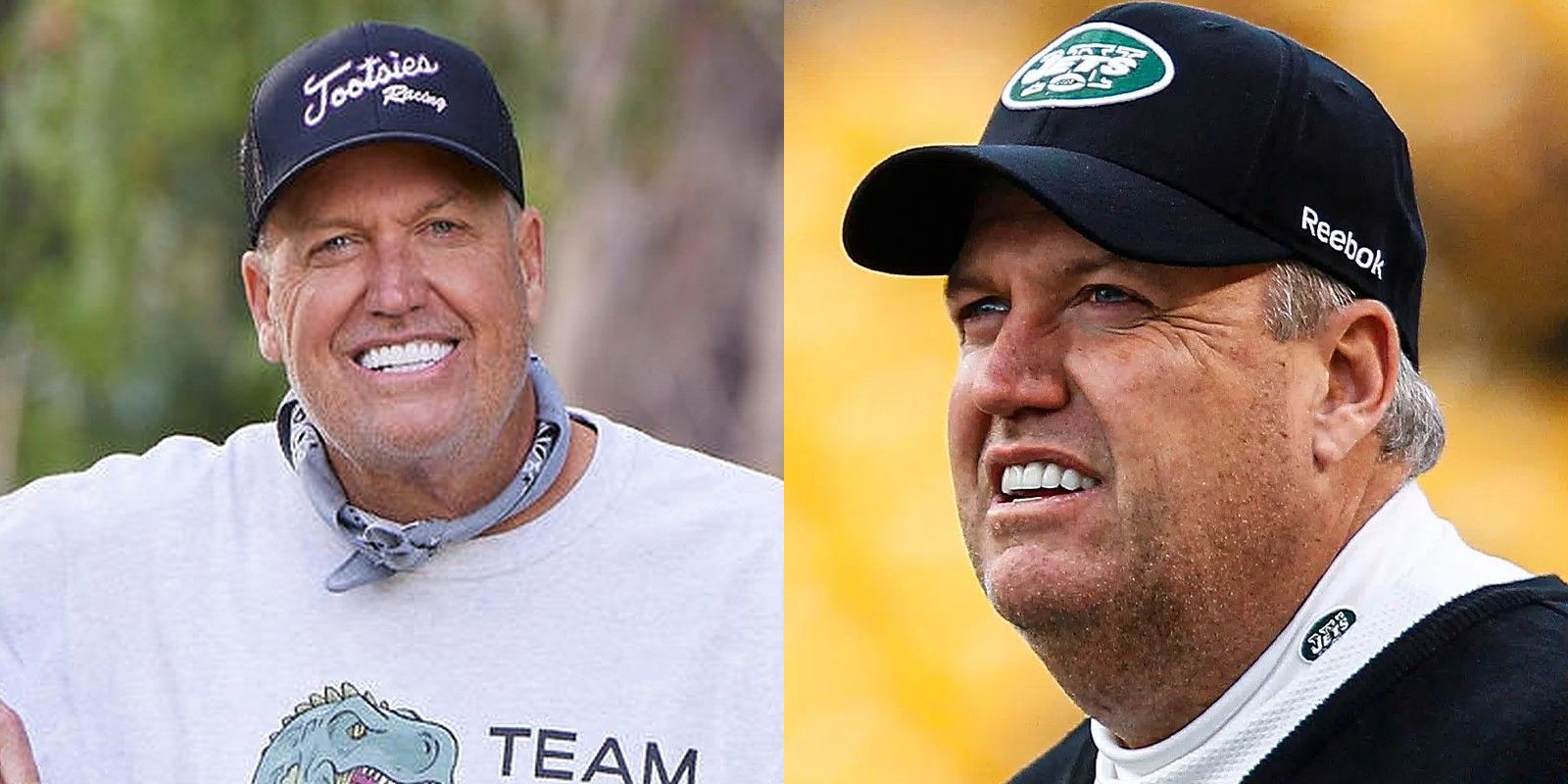 The Amazing Race season 34 saw former NFL coach, Rex Ryan and his friend Tim Mann eliminated from the game in the second round. According to Rex, it’s not for the reason audiences think. Rex has been known to win against great odds in his tenured career as a football coach, but The Amazing Race was unconquerable as he was tasked with yodeling and bell-ringing in the mountains of Austria. Rex’s golf buddy, Tim, wasn’t much help to him either as fans saw the team finish the race in last place, right behind NFL cheerleaders, Quinton Peron and Mattie Lynch.

Rex and Tim had a chance to watch the episode back before they sat down with Parade to discuss the real reason they fell so far behind. “We actually lost a clue… We have no idea where this thing is,” says Rex, “So when we get there, we’re tied for second to last.” If getting to the final challenge behind all the other Amazing Race pairs wasn’t enough, they decide to try a bell ringing task, which Rex calls an “epic mistake.” Tim and Rex had the option to do a partner dancing challenge, but opted for the bell challenge instead, ultimately costing them the game.

Related: Everything We Know About The Amazing Race 34

How Did Rex Ryan & Tim Mann Prepare For The Amazing Race?

Rex and Tim were certainly a fun team to have on the show, as they were constantly laughing and cracking jokes at the other’s expense. Even after the team was eliminated, Rex jokingly yodeled on their way out, a callback to a challenge earlier in the episode that Rex did not perform well on. They seemed to have promise in the race, coming in seventh place on the first leg, where Phil Keoghan introduced The Scramble, a new twist, to the racers. Rex and Tim performed well in challenges, like rolling a beer keg and smashing an ice block. But the yodeling, dancing, and music-making was a whole other story.

Rex mentioned on the show that he lost fifty pounds in preparation for The Amazing Race and said in his interview that Tim “Was a former powerlifting champion, runs marathons… [and] all these types of things.” On first impressions, this seems like the team to beat. Originally, the show did not intend on casting Tim as Rex’s partner. According to Rex, “They reached out and wanted my brother.” Since Rex’s brother was busy coaching football, he turned to his golf buddy, Tim, to help him on the mission. It doesn’t seem like Rex regrets this decision, as he tells Gold Derby that should he be asked back for a returnee season of The Amazing Race, “We’re doing it again together!”

Ultimately, Rex and Tim’s presence will be greatly missed come next week’s episode of The Amazing Race. While there are some standout characters still left in the game, it’s hard to measure up to Rex Ryan’s larger than life personality. Even host Phil Keoghan seemed upset by their elimination. If Rex and Tim do end up on another season, one can only hope they brush up on their yodeling and bell-ringing beforehand.

The Amazing Race airs Wednesdays at 9pm EST on CBS.

Next: The Amazing Race: The 10 Best Seasons For New Fans To Watch, According To Reddit