HomeVideoThe Nun 2 Will See The Return Of Original Lead
Video 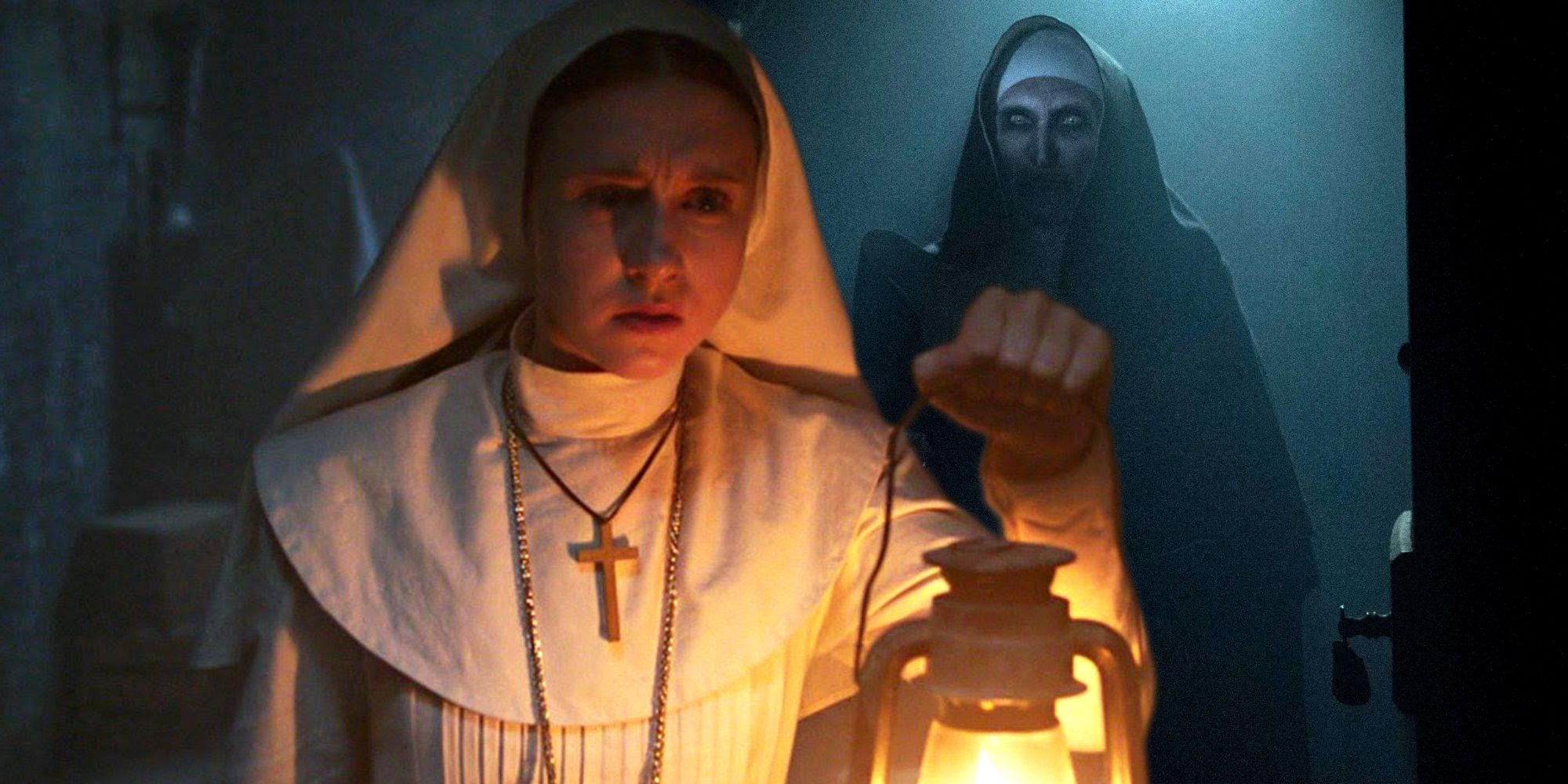 The Nun’s protagonist will return in the spinoff’s sequel, The Nun 2, as Taissa Farmiga reprises her role as Sister Irene to continue battling Valak.

The spinoff sequel, The Nun 2, will officially mark the return of Taissa Farmiga as Sister Irene to the long-running horror universe. 2018’s The Nun became the second spinoff in the popular Conjuring franchise, exploring the origins of Bonnie Aarons’ demon Valak. Farmiga plays Sister Irene, a nun in her novitiate who encounters Valak and ultimately banishes it. The Nun’s initial appeal resulted in the most successful Conjuring-verse film at the global box office, prompting the inevitable sequel.

Since Valak appears in the mainline Conjuring films set decades after The Nun, it means that Sister Irene fails to expel the demon forever, a story element that The Nun 2 will explore in greater detail. The sequel is reportedly set four years after The Nun and will follow Sister Irene’s renewed efforts to dispel the returning Valak, this time in France. Until now, The Nun 2 story details indicating Farmiga’s return were only speculative thanks to a casting call, but recent developments seem to confirm her role.

Related: The Nun 2 Needs To Pay Off The Original Film’s Weirdest Casting Decision

The Nun 2 will officially feature the return of the first film’s protagonist, Farmiga’s Sister Irene, as she attempts to stop Valak once more. Deadline breaks the news of Farmiga’s casting. Casting notices detailing the sequel’s plot synopsis implied the actor’s appearance, but no official announcement confirmed her involvement.

As previously speculated, Farmiga’s return in The Nun 2 means that Sister Irene will continue her battle with Valak. As a result, it will be the first time in Conjuring franchise history that a main character other than Ed Warren, Lorraine Warren, or Valak will appear in more than one film. Further details about Farmiga’s character in the sequel are currently unknown, but she joins the previously-announced Storm Reid as one of the key cast members. With Farmiga as the film’s lead, the older and wiser Sister Irene could find herself responsible for Reid’s character’s safety while struggling against the resurrected Valak in France. The character arc would make sense since Father Burke makes Sister Irene a professed nun in the original film, metaphorically passing the leadership role to her.

Ultimately, Farmiga’s return in The Nun 2 is an exciting and welcome announcement. While genre fans may not consider the sequel necessary, considering The Nun’s tidy ending and relevant tie-in to the first Conjuring film, audiences predominately enjoyed Farmiga’s character of Sister Irene. Therefore, audiences can rest assured that the sequel will feature a familiar and likable face other than the Warrens to continue fighting Valak when The Nun 2 comes out next September. Because of Sister Irene’s sudden prominence, it will be intriguing to see if her character grows any further and possibly establishes some connection to the Warrens or if The Nun 2 is the extent of the younger Farmiga’s time in The Conjuring Universe.

Read Next: Why The Nun Is Still The Highest Grossing Conjuring Universe FilmSource: Deadline