HomeVideoThe Boys Means Breaking Bad's Next Spinoff Idea Is Too Good To...
Video 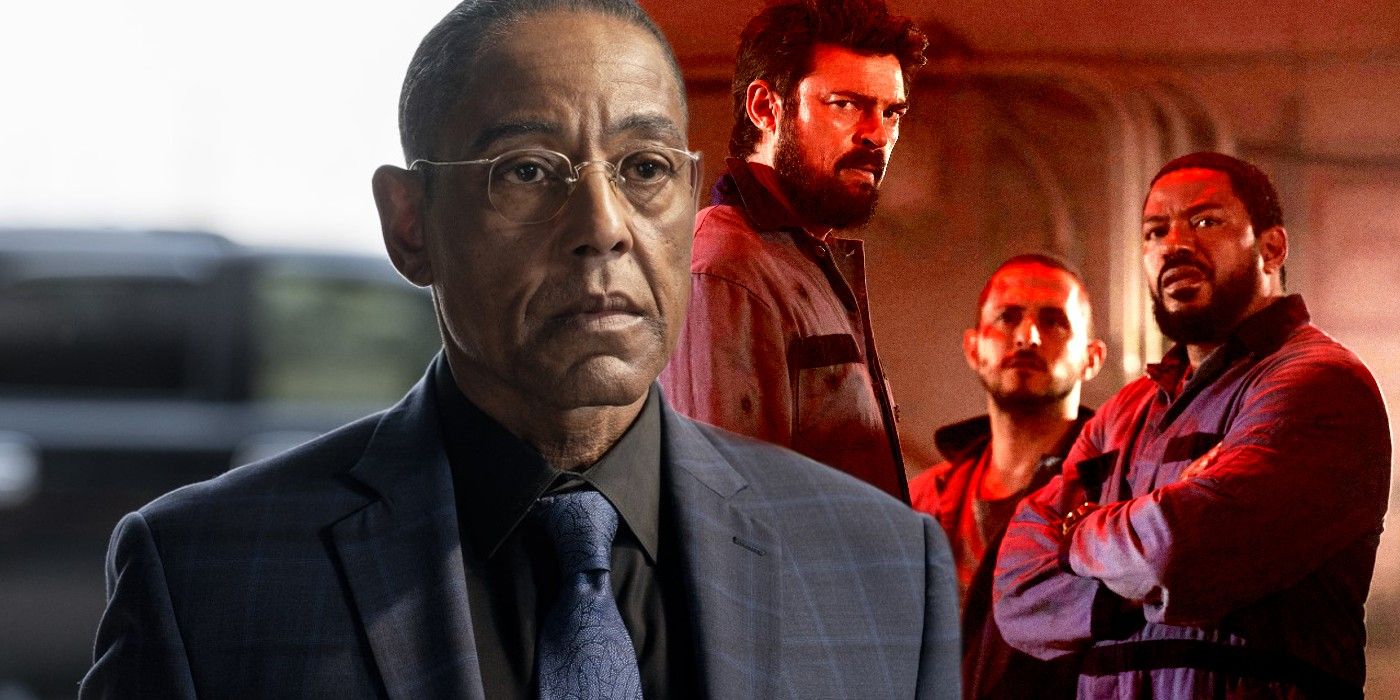 They might be worlds apart in tone, theme and content, but The Boys makes another Breaking Bad spinoff far more likely. Vince Gilligan’s most impressive feat isn’t turning Breaking Bad into one of the most iconic and critically-beloved TV shows ever made, it’s repeating that trick a second time with Better Call Saul. Naturally, then, there’s no shortage of conversation over whether a third series might happen. Vince Gilligan and Peter Gould (Better Call Saul co-creator) have denied any immediate plans are in place, but haven’t definitively ruled out returning to Breaking Bad‘s sandbox further down the line.

If another Breaking Bad spinoff does happen, all signs are pointing toward a Gus Fring prequel. Not only has Giancarlo Esposito expressed interest in a solo series based around the Chicken Brother’s past, but Breaking Bad and Better Call Saul both drop hints that allude toward a chunk of Fring’s iceberg audiences haven’t yet seen. In Breaking Bad, Don Eladio implies Fring was someone important before arriving in New Mexico, then Better Call Saul teases an old incident that brought Gus and Madrigal’s Peter Schuler into cahoots. Should Fring’s mooted spinoff ever happen, there’s certainly material ready to be mined.

Related: Better Call Saul’s Alternate Ending Would Have Been A Lot Worse

Arguably the biggest obstacle to a Breaking Bad Gus Fring spinoff is the casting. Giancarlo Esposito would feature, of course, but 13 years after his debut episode, it’s unrealistic to have him play Gus as a young man. Another problem then arises: which budding actor could possibly play a young Gustavo Fring convincingly alongside Esposito? Weirdly, The Boys has stepped in to answer that question. The Boys season 3 features flashbacks to the 1980s, when Stan Edgar (Giancarlo Esposito’s character) was an up-and-coming executive. Young Edgar is portrayed by Justiin Davis, and his performance – brief as it may be – is both memorable and uncanny. Davis nails Giancarlo Esposito’s mannerisms, his vocal inflections, and his calm villainy, exuding the same sinister aura of having complete control over any given situation. A Breaking Bad Gus Fring spinoff would not find a more suitable actor than Justiin Davis to lead its prequel timeline.

Why Another Breaking Bad Spinoff Is Still A Huge Risk

The Boys‘ Justiin Davis brings hope that a Breaking Bad Gus Fring prequel could work. The younger actor would lead a past timeline, while Giancarlo Esposito stars in a narrative closer to Breaking Bad and Better Call Saul‘s era. And as mentioned above, the seeds for Fring’s solo breakout have helpfully been planted already. Nevertheless, continuing to expand the Breaking Bad mythos entails more risk than ever before. When Better Call Saul was first announced as following Breaking Bad, Jimmy McGill faced the unenviable task of not tarnishing a huge TV legacy like so many other spinoffs before it. Because Better Call Saul ended up becoming another roaring success, that legacy is now twice as great, meaning any potential third series has even more to lose if it doesn’t maintain the same standard.

Another problem arises when you consider Better Call Saul‘s final note – Jimmy McGill jailed after finally facing up to his crimes. Not only does “Saul Gone” serve as a perfect ending for Jimmy and Kim, but final season cameos from Bryan Cranston and Aaron Paul ensure Walt and Jesse’s story receives the acknowledgment it deserved. Better Call Saul‘s finale represents a franchise bookend that any third Breaking Bad series would struggle to replicate.