HomeVideoIt Is In Us All
Video

It Is In Us All 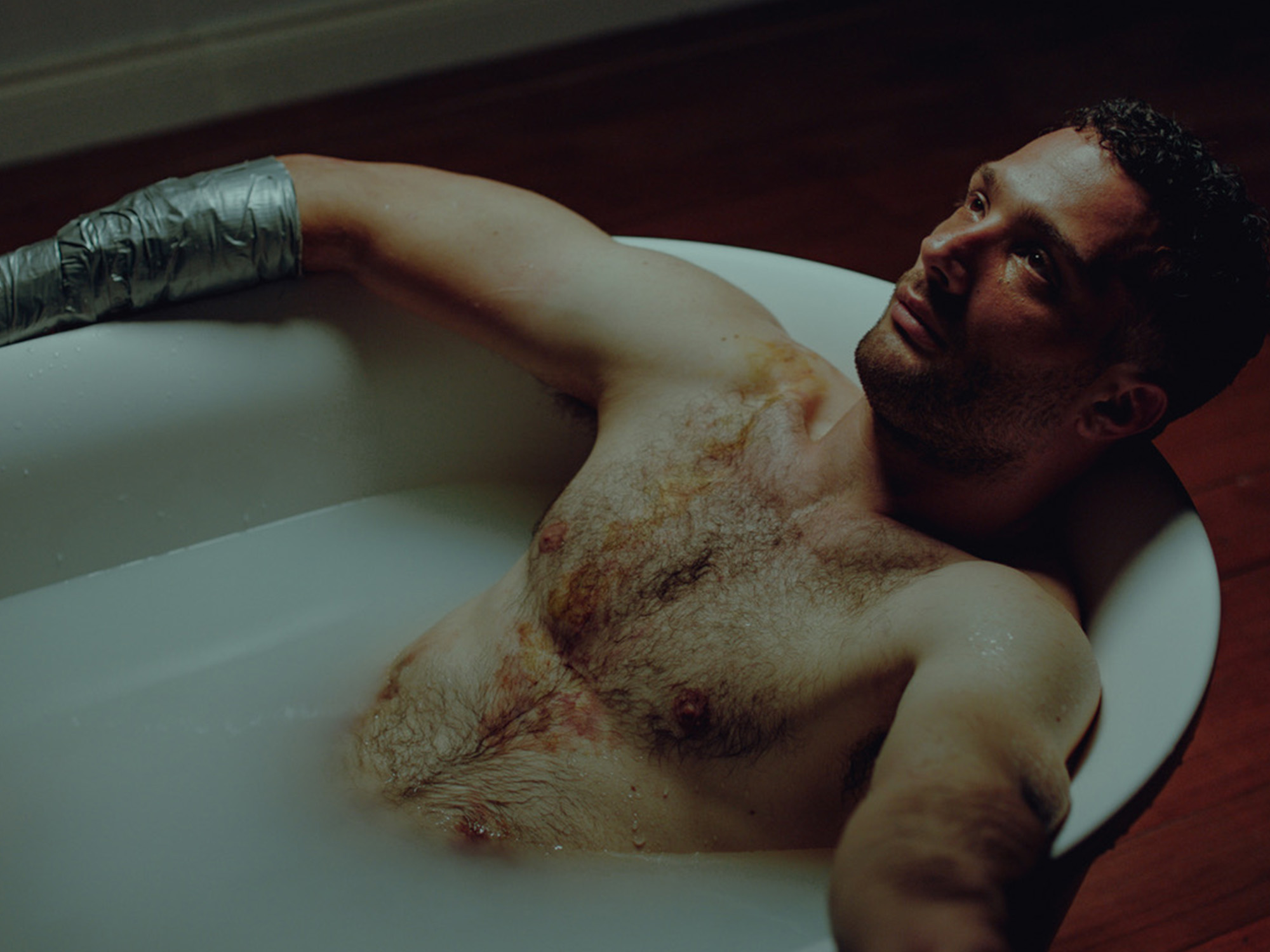 Actor Antonia Campbell-Hughes’ writing and directorial debut presents an ambitious portrait of male emotional repression and the unsettling ways those emotions can suddenly spill out. Within the film’s first five minutes London businessman Hamish Considine (Cosmo Jarvis) is involved in a car crash, landing him in the hospital and leaving a teenage boy dead.

The accident occurs while Hamish is on his way to the coastal town of Donegal, Ireland, intending to sell a property left to him by his deceased aunt. While this narrative set-up tends to be the inciting incident of many a horror film, the ghosts that actually haunt the inherited seaside cottage are of the highly symbolic type, and best talked through with a therapist.

Despite his injuries, the stubborn Hamish decides to check himself out of the hospital and carry on with his original plan. Jarvis offers his most convincing acting as Hamish tries to pop his dislocated shoulder back into place and employs craft super glue to stitch together a gash on his forearm. Upon finding a revealing Polaroid in the house, he begins to seek answers about his past, finding clues in local townspeople.

In the days that follow, Hamish strikes up a friendship with Evan (Rhys Mannion), the surviving passenger of the accident. Anger and guilt start to surface as their complicated relationship takes shape. Mannion delivers an unsettling performance – a captivating depiction of what it looks like to grieve the inexplicable within the confines of masculinity. Despite the actors’ best efforts, the largely underwritten characters sidetrack Campbell-Hughes’ portrait of bereavement. At best, it is a stylistic choice for the viewer to perceive the characters as fractured as they themselves felt; at worst, it’s lazy writing.

The most enjoyable aspect of the film is Piers McGrail’s brooding cinematography: still shots of misty rolling hills; a rocky coastline; and empty country roads carry the film’s chilling tone. McGrail capitalises on Ireland’s stunning landscape and brings several postcard-worthy shots to the screen. There’s a searing image of a wrecked car ablaze at the bottom of a hill. Unfortunately, the stunning cinematography is overshadowed by incongruous scenes, including a dance sequence in an empty club with harsh red lighting.

Evan in a last-ditch effort of connection, Hamish hauntingly asserts “it is in all of us and you found it,” namechecking the title of the film. The film fails to answer what exactly it is, and instead leaves viewers grasping for vague sentiments. The film ends suddenly, refusing to offer any simple closure. That initial sense of frustration is softened by the fact that it’s actually the first time we feel like we’re really in Hamish’s shoes.

Ushers in a feeling of palpable unease, but it’s not enough to carry a movie.
2


It’s lack of closure is interesting, but only after the fact.
3

The post It Is In Us All appeared first on Little White Lies.