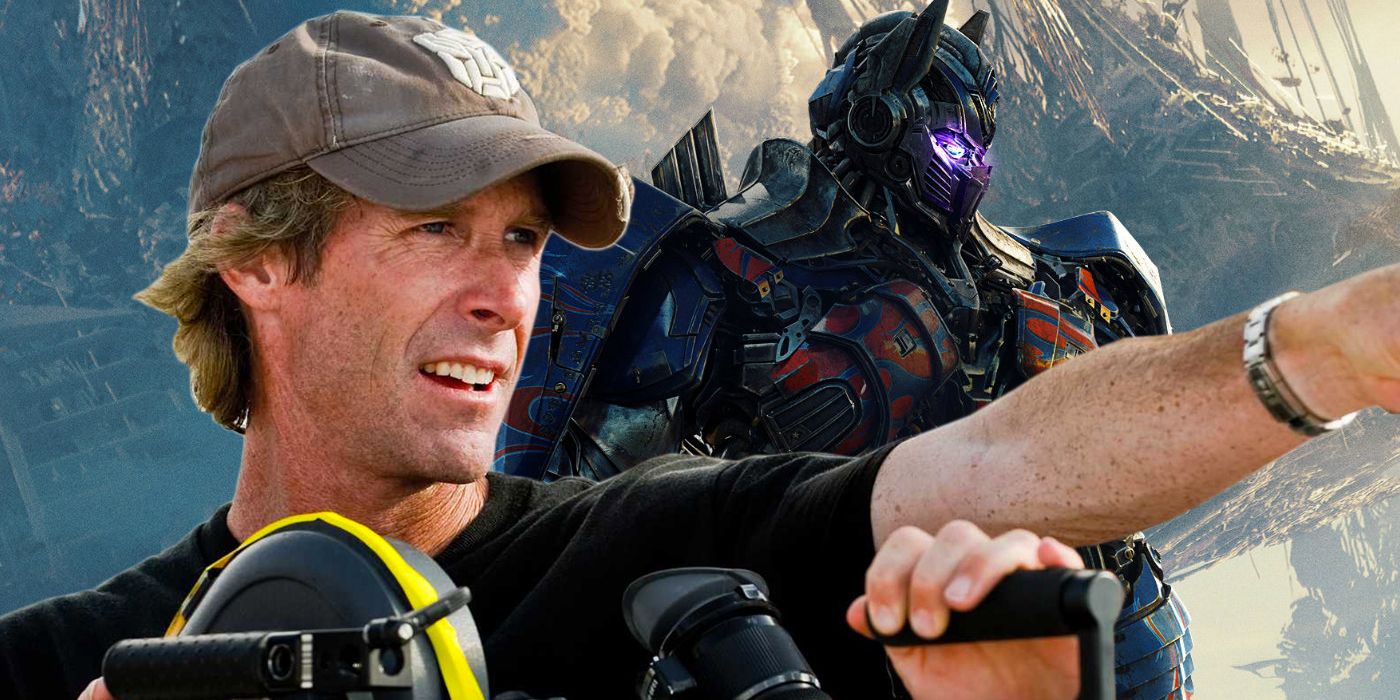 The Transformers franchise already had a cult fanbase before the films, thanks to a slew of animated TV shows and movies, and video games. But it was director Michael Bay who gave the Cybertronic shape-shifting robots the Hollywood treatment when the first Transformers film was released in 2007. Even though the first three films in Bay’s franchise found some fans, the other installments, like Extinction and Last Knight, have been panned universally by critics and audiences alike.

Fans of the original series have also been heavily critical of the American filmmaker for straying a bit too far from the canon in favor of big-budget effects and larger-than-life storylines.

Updated on September 22nd, 2022, by Kevin Pantoja: Although Michael Bay’s Transformers franchise has wrapped up, fans are still talking about it. There have been rumors of a Wheeljack Transformers movie and a Devastator one, among many others. Of course, “Bayformers” as many have dubbed these films, changed a lot of things about Transformers canon. A few of those changes likely helped these movies become billion dollar hits but some of them weren’t well-liked by fans of the original canon.

In the films, Bumblebee cannot speak. This is a major difference from the original cartoon series in which Bumblebee is actively chatty. At no point in the original series’ canon did Bumblebee lose his ability to speak, and if he did, Wheeljack would have promptly taken care of that affliction.

The 2018 standalone film Bumblebee revealed that he lost his ability to talk when his vocal box got damaged in a battle with the Decepticon known as Blitzwing. Whether future Transformers films correct this injury or not, remains to be seen.

Longtime Transformers fans know Wheeljack as the tinkerer Autobot who eventually designed and developed the fearsome Dinobots in season 1 of the cartoon series. He was also instantly recognizable for his distinct appearance, including two protrusions on either side of his head that lit up when he spoke.

In the films, Wheeljack has a more organic appearance, complete with hair, glasses, and what seems like a metal mustache. This was a far cry from the original design, but perhaps it was an attempt to make the character seem more eccentric and scientific than his cartoon counterpart. For the most part, it wasn’t well-received.

8 Optimus Prime Is Angrier Than Usual

In the Transformers film series, Optimus Prime started out largely as a carbon copy of his cartoon counterpart, but that quickly changed in the sequels. He quickly became much more aggressive and ruthless, justifying his actions as necessary in protecting Earth from the Decepticons.

The sequels showed Prime as a far less forgiving figure than the one in the cartoon series, though it did draw a brief parallel to the character depicted in the 1986 animated Transformers film. There, he seemed willing to execute a beaten Megatron, who begged emptily for mercy, suggesting he was heading down a dark path.

In canon, Shockwave is shown to be more of a strategist for the Decepticons, as opposed to an active fighter. In his earliest appearance, he served as a lieutenant for Megatron, even going so far as to rule over Cybertron for millions of years during the latter’s absence.

RELATED: Top 10 Episodes of Beast Wars: Transformers, According to IMDb

In Transformers: Dark of the Moon, he retains most of his original appearance but is given more runtime as a soldier-type Decepticon. This runs in contrast with his role in the Generation 1 cartoon and related series, where he fancies himself more a strategist, as opposed to a warrior.

Grimlock is the leader of the Dinobots. Even though he might seem a bit more archaic than the rest of the vehicle-turning Transformers, his visual aesthetic is still not as different as the other robots. In the canon, he wields an Energon sword, as well as a double-barreled rocket launcher.

Grimlock’s major film appearance comes in the poorly received blockbuster Age of Extinction. Even though his T-Rex mode seems pretty similar, his robot mode seems way more medieval in style, giving the appearance of a character from the fantasy genre rather than sci-fi. For instance, Grimlock wields a club and a sort of mace, rather than modern weapons.

5 Soundwave Is No Longer A Tape Recorder

The first-ever Transformers series was released in 1986. So, it makes sense for Soundwave to transform into a microcassette recorder. But this technology would seem outdated in the present day. The film’s avatar of Soundwave, Megatron’s communication officer, finds him serving as a Cybertronian satellite hovering above Earth.

RELATED: 5 Reasons Why Transformers Needs A Reboot (5 Reasons It Doesn’t)

Later, in Dark of the Moon, it’s revealed that he can transform into a Mercedes-Benz SLS AMG (that belongs to Sam’s girlfriend, Carly).

In his Generation 1 form, Devastator was comprised of six robots called Constructicons. He was a massive two-legged Decepticon – his body bearing the shades of purple and green.

His film counterpart (in Revenge of the Fallen), on the other hand, is multi-colored and four-legged. If this change wasn’t enough, the film’s toilet humor also gave way to a set of testicles for Devastator.

The ‘Bayformers,’ which were seen as lesser than the Transformers TV shows, often appear to be more alien than robot, as some of them clearly have humanoid features and even secrete saliva or blood-like fluids in certain situations. Furthermore, the facial features of both Autobots and Decepticons were supposed to be robotic, but Michael Bay’s films play a major part in differentiating between the two side’s faces.

But while the Autobots look more human-like, the Decepticons appear more reptilian (at least in terms of their faces). Their armor also appears to be weaker, as the original versions can withstand damage from manufactured weapons, like bullets and rockets.

Of course, a large portion of the main storyline in the films revolves around the human characters, like Sam Witwicky and Cade Yeager. Supporting characters like Seymour Simmons and Lt Colonel William Lennox are also given considerable runtime with subplots.

The human conversations and backstories take the focus away from Cybertron way more than the comics and the show, which usually deal with only the robots. Ongoing shows like the Cyberverse series focus on the destruction of Cybertron and the history behind it, rather than dwelling on human history concepts, like the Pyramids or Moon landings.

The film versions of the twin Autobots, Skids and Mudflap, were criticized by some for being reduced to what seemed like “racial caricatures.” Intended for comic relief, the robots often argue with each other in hip-hop-inspired slang. Neither can read and one even has a gold tooth.

However, others have found the robots to not be offensive. Michael Bay has said, “It’s done in fun … These are the voice actors. This is the kind of direction they were taking with the characters and we went with it.” Still, it ranks at the top of the things audiences don’t like about the franchise.

NEXT: 10 Most Recognizable Movie Cars Of All Time, According To Reddit