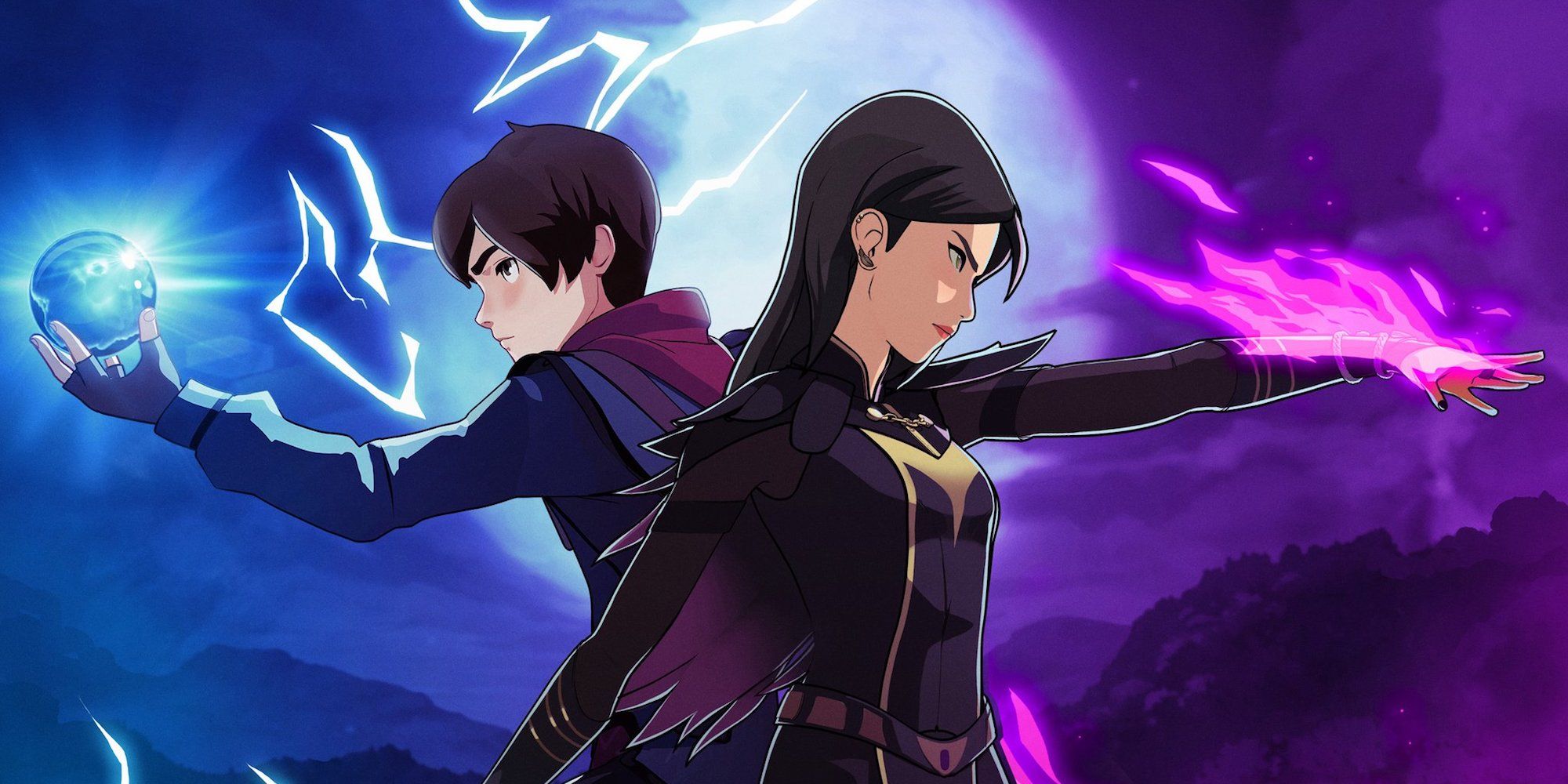 The teaser trailer for The Dragon Prince season 4 was finally released by Netflix, showing an aged-up Prince Exran and teasing a brand new villain.

The trailer for the The Dragon Prince season 4 has been released. Since the animated Netflix series first premiered in 2018, it has gained critical acclaim for its story, themes, humor, animation style, and strong vocal performances. Seasons 2 and 3 followed in 2019, with a season 4 confirmed to be releasing later this year following a three-year hiatus.

The Dragon Prince follows protagonists Callum, Rayla, and Ezran as they are caught in a conflict between humans and elves as they fight for control over the land of Xadia. It features voice acting from the likes of Jack De Sena, Paul Burrows, and Sasha Rojen as the leads. The franchise has also spawned spin-off video games, board games, novels, and comic books since its debut, producing even more source material and story arcs to potentially be mined in future episodes.

Yesterday came the first look at the poster for season 4, subtitled Mystery of Aaravos, and today the official The Dragon Prince Twitter account offered up the first teaser trailer for season 4. The new episodes will take place two years after the events that unfolded in series three, mirroring the wait fans have endured for new episodes. Posted to the show’s official Twitter page, the trailer focuses on the villain Aaravos, who is sure to be the protagonists’ biggest foe yet. But perhaps the real standout moment comes about 30 seconds in when viewers get their first look at an aged-up Prince Ezran. Take a look at the clip below:

Netflix has confirmed The Dragon Prince will continue through at least season 7, so the characters surely have a lot more growing up to do before the story concludes, both literally and figuratively. Seeing older versions of these characters obviously raises the question of what’s happened to them in the years since audiences last saw them. How have the characters changed or alliances shifted in the years since the end of season 3, and how will their evolutions impact the story of season 4?

Luckily, followers of The Dragon Prince don’t have much longer to wait with season 4 scheduled to release in November. Season 3 ended in a state of turmoil with dark wizard Viren, who orchestrated the war that has ripped through Xadia, being defeated by his daughter Claudia and mysterious puppetmaster Aaravos. Whether the dust has settled or that conflict is ongoing remains to be seen. But with a first look at an older Ezran, it should be interesting to see what else has changed over the past two years.