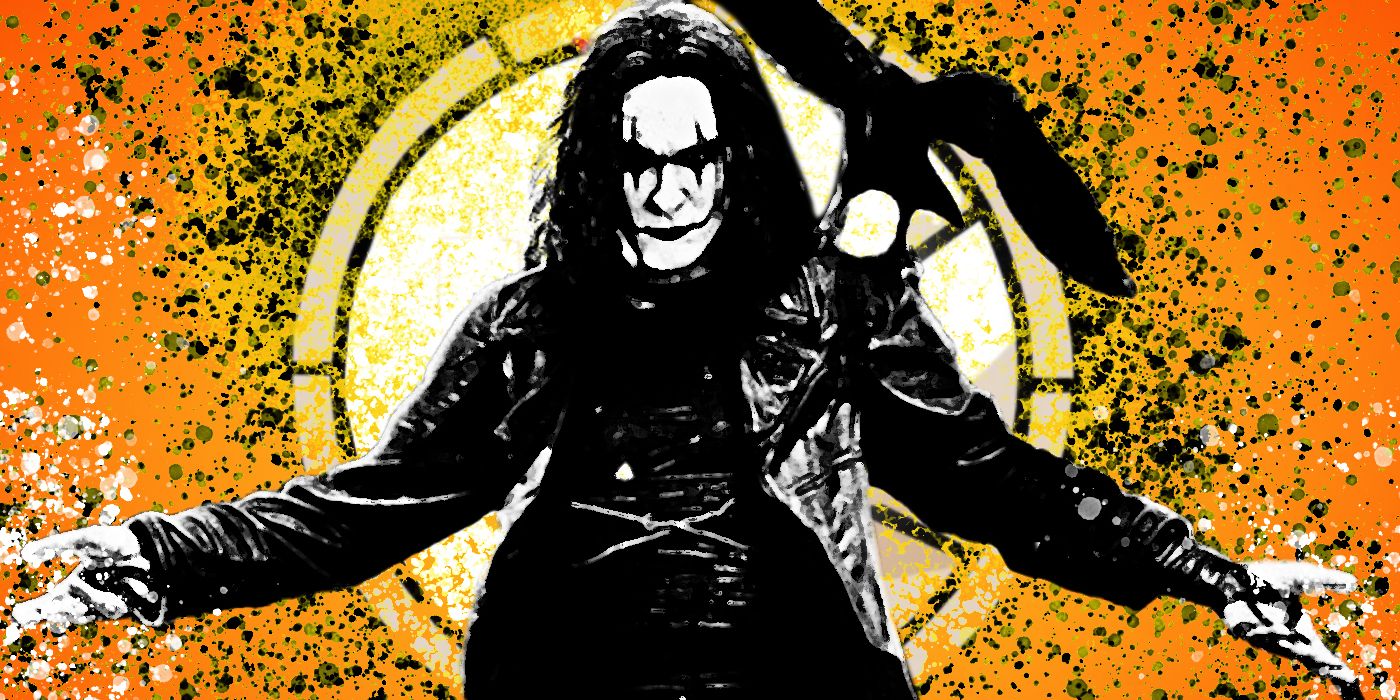 The comic book series The Crow is finally getting a second theatrical film adaptation in the form of the aptly-titled feature The Crow. Directed by Snow White & The Huntsman helmer Rupert Sanders, Bill Skarsgard is taking on the role of Eric Draven/The Crow while FKA Twigs and Danny Huston will play prominent roles in the feature. The second adaptation of this character (not counting a bevy of direct-to-video titles) following the 1994 feature starring Brandon Lee, The Crow has had a much more arduous and lengthy road to the screen than many other superhero films. For many titles in this subgenre, it seems like you can just announce a release date and the movie shows up there like clockwork. Not so with The Crow.

How The Crow’s Remake Journey Began

The very first word about The Crow getting a 21st-century remake came in December 2008, when word emerged that The League of Extraordinary Gentleman director Stephen Norrington would be helming a new take on this superhero. His vision for the superhero was quintessentially late 2000s in how it would be super gritty and dark, with Norrington even saying that the movie would evoke documentaries in its aesthetic. Not only would this make sure that The Crow would be in line with the aesthetic made popular by then-recent blockbusters like The Dark Knight, but it would also ensure that this motion picture would be very different from the original 1994 movie.

Also announced with this news was who would be providing financing for The Crow: Relativity Media. A popular and ubiquitous production company throughout the 2000s, Relativity Media was growing and growing in scale by the end of the 2000s as it prepared to go off and become a solo distributor by the end of 2010. Taking control of a big superhero property like The Crow was doubtlessly seen as a big get for Relativity Media in this important stage of its existence. Nearly a year later, Relativity Media founder Ryan Kavanaugh divulged a promising update for the production, noting that a script for The Crow was just about finished and that everyone involved in this feature was starting to look at potential casting choices for the lead character.

This was the beginning of a slew of high-profile casting announcements for the titular lead of The Crow. Looking back on the nearly decade-long streak of casting rumors and confirmations for this role, one can follow an interesting trajectory that chronicles which performers were considered viable leading men across the 2010s. None of these choices were random and the producers of The Crow never quite took a chance on an unknown for the part. There were always external factors (like studio politics or hopes of cashing in on another big blockbuster) informing these prolific decisions, which also often mirrored who was considered “hot” in the entertainment world at that moment. In other words, the casting history of the Crow remake is a scrapbook of 2010s would-be and eventual movie stars.

The first name attached to the project was Mark Wahlberg. Having a bit of a resurgence as a leading man in 2010 thanks to his comedic performances in movies like Date Night and The Other Guys, Wahlberg also made total sense as a candidate for a movie produced by The Crow’s backers. After all, the star of Boogie Nights had just worked with Kavanaugh and Relativity Media on the 2010 movie The Fighter. Naturally, Kavanaugh and company were going to try and find ways to keep Wahlberg around. Why not do that by having him play a superhero?

Norrington Cut Ties with The Crow

At the start of 2011, Norrington was no longer involved in The Crow, with the studio now searching for other people to take on the assignment. Two names begin to crop up at this point for the gig: F. Javier Gutierrez and Juan Carlos Fresnadillo. Fresnadillo would sign on to helm the production by that April, at which point a new leading man had emerged to anchor The Crow: Bradley Cooper. Cooper was, as he is today, a hot commodity all over Hollywood, so it’s no surprise a new superhero movie would be interested in him. However, he held special significance for the folks over at Relativity Media. Cooper had just headlined the movie Limitless for the studio, and thanks to it being a hit, it was no surprise that Relativity wanted to keep him in the family.

While the news of Cooper being in talks to headline The Crow was accompanied by word that this blockbuster could start shooting as soon as Fall 2011, a new massive challenge emerged for the project. Relativity Media was now engaged in a lawsuit over who even owned the rights to The Crow. The Weinstein Company claimed it owned worldwide rights to The Crow as a movie, since its predecessor company, Miramax, had released the original 1994 Crow. A showdown was now in store between two independent movie companies anchored by studio heads who were, let’s say, controversial. By the end of the year, The Crow was dealt a crushing blow when Cooper departed the project followed quickly by original director Fresnadillo. Soon afterward, Gutierrez would step back into the picture to helm the feature while James McAvoy was now signed on for the lead.

While there was the occasional bit of good news for this Crow remake, namely the settlement of that lawsuit in early 2012, this is where problems began to turn into overdrive for the production. There was soon a revolving door of leading men attached to The Crow. McAvoy eventually left while Tom Hiddleston, Alexander Skarsgard, and Luke Evans were all attached to star. All of them were being circled for so many projects in this era, particularly Evans who was hot off Fast & Furious 6 and The Hobbit: The Desolation of Smaug. No wonder The Crow crossed each of their paths. This also takes The Crow into the end of 2013, when real financial trouble began to plague Relativity Media. Its ambitions to be a powerhouse distributor were not coming to fruition. Ironically, a big piece of IP like The Crow was more valuable than ever to the fledgling studio, but it was also trickier than ever for the company to get the financing and stability necessary to get it off the ground.

By 2014, the setbacks grew even more enormous for The Crow, as Gutierrez left the film to helm Rings. At the year’s end, he would be replaced by Corin Hardy, the eventual director of The Nun, while Jack Huston, who’d just wrapped shooting on the 2016 Ben-Hur remake, was the newest name to sign on to headline this remake. Things did seem to be, for a moment, moving in the right direction for this iteration of the remake, with Andrea Riseborough and Forest Whitaker getting attached to key supporting roles in the movie. Alas, the momentum could not be maintained forever. However, The Crow faced two fatal blows in the summer of 2015, the first coming from Jack Huston departing the feature and, even more devastatingly, the bankruptcy of Relativity Media curbing any further updates on the film. The studio that had been constantly nudging a remake of The Crow into existence was now gone.

In 2016, a new version of The Crow, one that would be produced without Relativity Media, began to brew. Hardy would remain on as director, but Jason Momoa was now set to star in the movie. Sony Pictures eventually snagged distribution rights to the movie and got confident enough in its progress to set an October 2019 release date. A few months later, though, The Crow proved that it could never escape its streak of bad luck when it was announced that the project had fallen apart once Hardy had experienced “creative disagreements” with the movie’s financiers.

While a Crow remake would eventually start filming in the spring of 2022, the legacy of this project being one that could never get off the ground is enormous. Years and years of headlines were built on repeated instances of a Crow remake struggling and failing to exist. Beyond all the splashy headlines, one has to wonder…why? Why did The Crow face so many problems? A good chunk of it was being attached to the financially erratic Relativity Media, while the constant pursuit of A-list leading men also kept providing roadblocks for The Crow. Many superhero movies opt for unknown or low-key actors to inhabit their lead roles, but The Crow was always pursuing the likes of Bradley Cooper. Getting those names can be a big marketing coup, but it also takes a lot to work around their busy schedules and demands for a movie that’s good enough not to tarnish their image.

Perhaps most importantly, though, The Crow struggled because of how it was often being made and influenced by larger pop culture trends rather than its own unique creative inspirations. Whether it was the initial desire to make a “grounded” and “gritty” Crow movie or the choice of leading men who’d had plenty of experience in tentpoles and action movies, this Crow remake was always being molded by the broad pop culture landscape. That can make for something that appeals to studio executives and marketers, but it’s rarely something that inspires enough passion in filmmakers and actors to get them to push a movie across the finish line. Only time will tell if the final Crow remake manages to push past all the problems that have plagued all the other attempts to get this project off the ground.