Every Easter Egg in The Great Wave 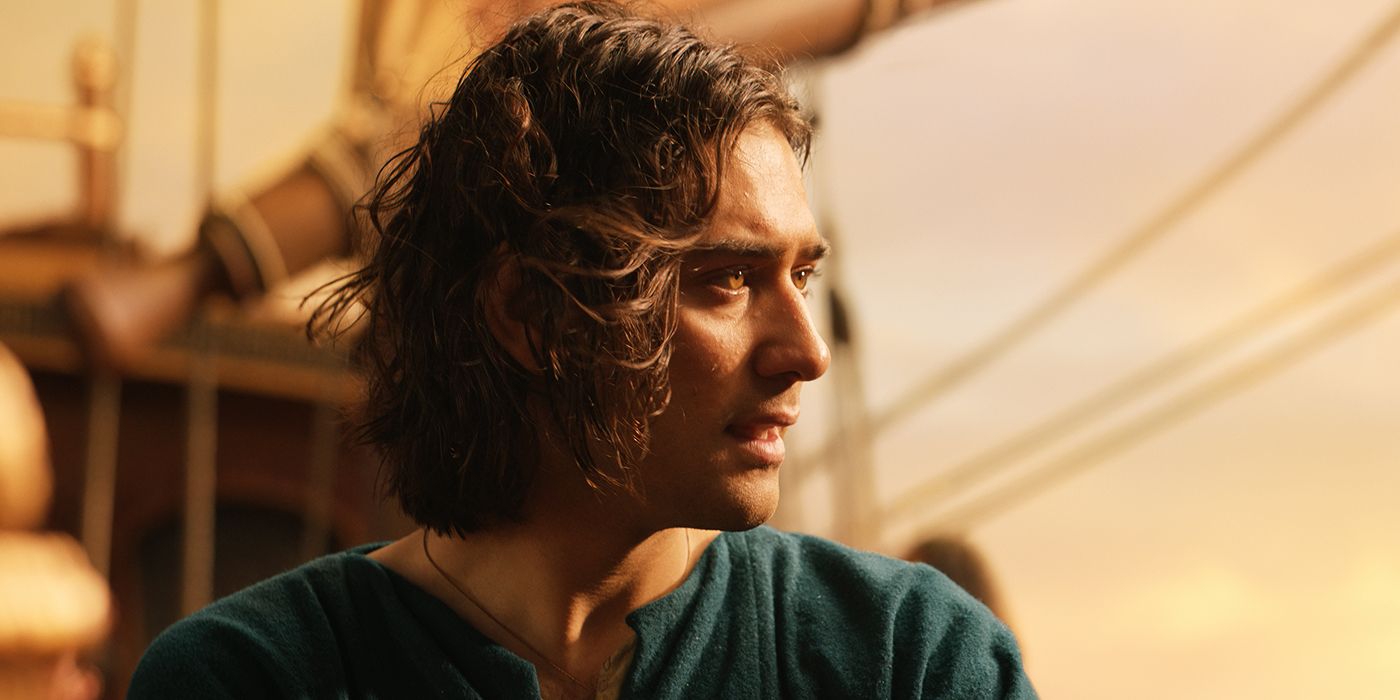 Editor’s Note: The following article contains spoilers for Episodes 1-4 of The Rings of Power.At the halfway point of the season for The Lord of the Rings: The Rings of Power, things have finally started shifting into gear as the overall plot has come into focus: a few of the riddles of previous episodes have been answered, and the tension around the Southlands and elf-dwarf alliances has begun to intensify. But even though this installment was the first in the series not to introduce a new culture and location, a host of Easter eggs accentuated the plot as it developed throughout the episode, leading to deeper story connections and hints about future developments.

The Title Itself is an Easter Egg

Episode 4 is entitled “The Great Wave.” While this certainly seems to be in reference to the prophetic dream about the fall of Númenor under a flood of waves on the part of Míriel (Cynthia Addai-Robinson), it is also a connection to both the source material and the author himself. J.R.R. Tolkien, according to a letter he wrote to the poet W.H. Auden, was often haunted by a dream of a Great Wave coming in over the trees and fields, and one of Tolkien’s sons seemed to “inherit” this dream. It was a dream that Tolkien later gave to Faramir, who speaks about a dream of a Great Wave in the text of The Lord of the Rings.

Valandil (Alex Tarrant), one of the shipmates cast out with Isildur (Maxim Baldry), showed up briefly in Episode 3, but had a significant encounter with him in Episode 4, and volunteered to join in with Míriel’s relief force at the end of the episode. While it is unclear what significance he will ultimately have in the series, Tolkien’s appendices suggest an intriguing possibility: Isildur’s youngest son was protected and remained behind at Rivendell when the War of the Last Alliance was completed in Mordor. It is this son who later became the king of Arnor, and was ultimately the ancestor of Aragorn. But this son’s name was Valandil. While Isildur’s companion Valandil is created for the show, it would suggest that one of Isildur’s sons may be named after one of his former comrades.

Does Adar Have a Connection to Beleriand?

When Adar (Joseph Mawle) is finally revealed, he has a curious conversation with Arondir (Ismael Cruz Cordova), reminiscing about the land of Beleriand. Beleriand itself was a western part of the world that was destroyed by the war with Morgoth at the end of the First Age, and the river mentioned in their conversation is almost certainly the river Sirion, which is the subject of one of the most sorrowful lines in Tolkien’s The Silmarillion about the destruction of Beleriand: “The valleys were upheaved and the hills trod down; and Sirion was no more.”

The river itself shows up in a number of the tales of The Silmarillion, so this could be some obscure reference to Adar’s true identity. Some people have suggested that Adar is actually Maglor, who is the only one of the seven sons of Fëanor whose fate is ultimately unknown at the end of the First Age. The reference to Sirion, however, suggests an interesting possibility. There was a fortress built on an island in the middle of the Sirion by Finrod (Will Fletcher) himself, which was the original tower of Minas Tirith. Sauron captured this fortress eventually and held on to it for many years. If Adar is supposed to be the “Father of the orcs,” it may well be that he was an elf initially captured by Sauron at Minas Tirith.

The Adar interlude also brings up the question of the search for the strange black blade as well, currently in the possession of Theo (Tyroe Muhafidin). There is little in Tolkien lore to suggest what the blade is supposed to be, or why it is so important, but there is the possibility that the blade, with its strange blood-generation capabilities, is some relative of the Morgul blade later used by the Witch King on Frodo at Weathertop in The Lord of the Rings.

Celebrimbor (Charles Edwards), when talking with Elrond (Robert Aramayo), references a conversation he once had with Elrond’s father, who told him that one day his future would be in the hands of Elrond. While this conversation is also not a part of Tolkien’s writings, the situation referenced may well be: a time will come when Celebrimbor’s fate is indeed in Elrond’s hands. Later in the Second Age, Sauron puts Eregion under siege and Gil-galad (Benjamin Walker) sends Elrond with a relief force to come to Celebrimbor’s aid. Elrond is unfortunately unsuccessful and is hard-pressed himself by Sauron after he has sacked Eregion, but a time will come when Celebrimbor will be completely dependent on Elrond’s actions.

RELATED: Does ‘The Rings of Power’ Do a Good Job of Depicting How Old the Elves Are?

What Is the Mirrormere?

In Khazad-dûm, Durin (Owain Arthur) is said to be working in the old mine “beneath the Mirrormere.” The Mirrormere was an place that was extremely significant to the dwarves in The Lord of the Rings, as it was the place where the original king, Durin I, looked into a pool of water outside what would become the East Gate of Khazad-dûm and saw a crown of stars appear over his head. It was why he decided to found his kingdom there in the first place.

Another fun reference is Elrond’s discovery of the hidden door to Durin’s worksite. Canonically, dwarf doors are invisible when shut, and only open at specific times or to specific words, as happened when Elrond came across the hidden door. What he discovers behind it, of course, is even more significant. The discovery of Mithril is, as Durin says, a life-changing event, as it is ten times more valuable than gold and can be made into armor and weapons. Khazad-dûm is also, according to Tolkien, the only place in Middle-earth where Mithril is ever found. It is later used to make ithildin, the glowing substance out of which the West Gate of Khazad-dûm is later made, and even one of the Rings of Power is later made from Mithril. Given Elrond’s connection with Celebrimbor in the series, the nugget of Mithril that Durin gives him may later be made into that exact Ring.

The Númenorean Tower Scene is a Museum of the First Age

The conversation between Galadriel (Morfydd Clark) and Míriel in the tower is absolutely stuffed with references to Lord of the Rings and Silmarillion material. Perhaps the most obvious is the sword that appears as Galadriel enters the room. It bears a striking resemblance to Narsil, the sword of Isildur, Elendil, and later Aragorn, as depicted in the Peter Jackson films. Since the sword is an heirloom of Númenorean royalty, it is quite possible that the sword in the tower is Narsil. Another interesting possibility (though admittedly less likely) is that it is the King’s Sword, Aranrúth, which was worn by the kings of Númenor and originally by the elf king Thingol.

Another weapon that briefly appears is some sort of axe, which could be Dramborleg, the axe of Tuor, the grandfather of Elros, the first king of Númenor. Another of Tuor’s heirlooms also appears, squarely behind Míriel in one of the shots: the Swan Shield of Tuor that he carried into battle during the fall of Gondolin.

In one unfocused shot there may be another Easter egg as well, and one that could be extremely telling, if true. A strange masked helmet appears, and it looks strangely like the Dragon Helm of Dor-lomin once worn by Tuor’s cousin, Turin Turambar. It has already shown up a number of times as an Easter egg in earlier episodes. It might even be the actual helm itself, rather than a representation as its earlier appearances have been. The strange thing about it is that at this point in the series, it is practically becoming a motif of the show. Why is unclear, but at this point, don’t be surprised if it appears again, and soon. It has shown up too many times to be incidental at this point, so it may even have an impact on the plot in some future episode. Until then, we will just have to wait and see.