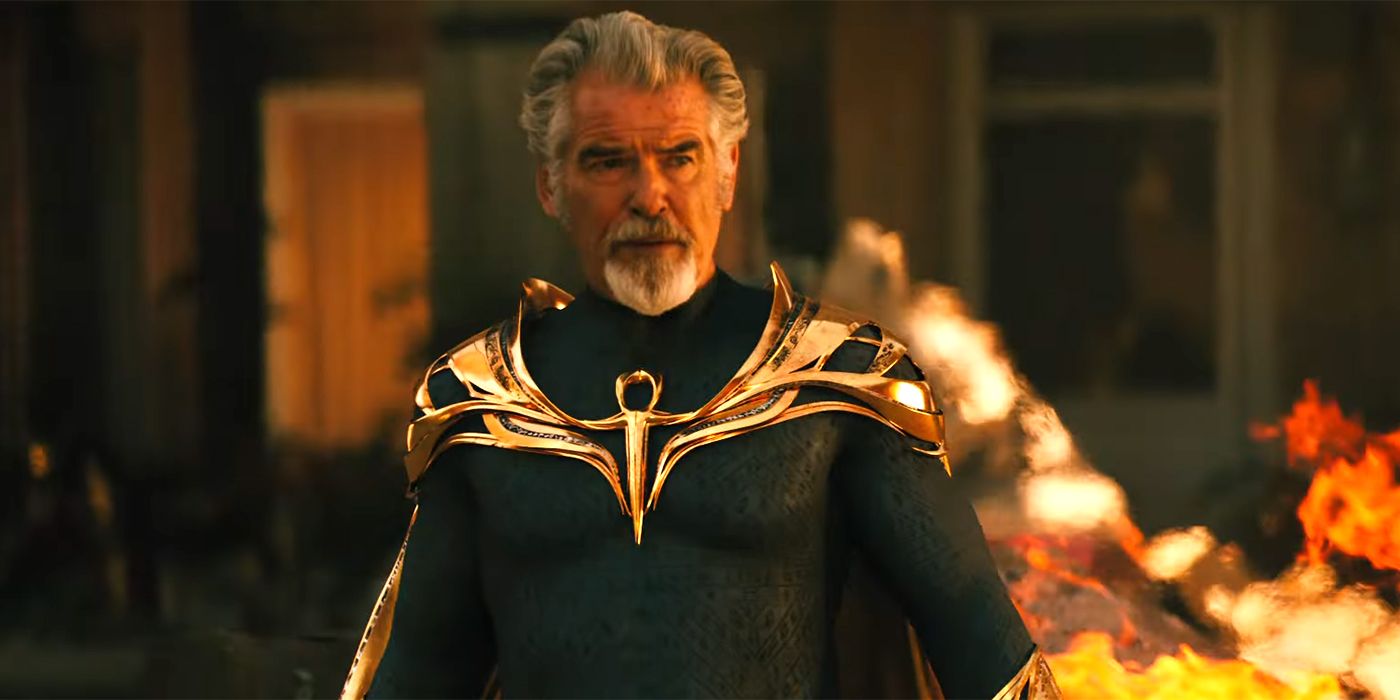 With just a month remaining until its release, a new Black Adam trailer arrives giving the best look at Pierce Brosnan in his Doctor Fate costume. The film will mark Brosnan’s DC Extended Universe debut as Dr. Kent Nelson, son of an archeologist who awakens the god Nabu and gets his father killed, only to be trained by Nabu to be a sorcerer and being granted the Helmet of Fate, Amulet of Anubis, and Cloak of Destiny. Better known as Doctor Fate, Nelson would go on to be a founding member of the Justice Society of America in the comics alongside Hourman, the Spectre, Sandman, Atom, the Flash, Green Lantern and Hawkman.

Due to the complicated nature of the DCEU, Black Adam‘s JSA will see a slightly different roster of heroes, with Brosnan’s Doctor Fate and Aldis Hodge’s Hawkman still leading, with the rest of the team including Noah Centineo’s Atom Smasher and Quintessa Swindell’s Cyclone. The group find themselves called into action as Dwayne Johnson’s eponymous character is awoken from his 5,000-year imprisonment and sets out on a quest for vengeance. With Brosnan portraying the character, anticipation has been high for Doctor Fate’s arrival in Black Adam, and now audiences are getting a new glimpse at the DC hero.

Related: How Black Adam & The Justice Society’s Costumes Compare To The Comics

As marketing ramps up for the film, Warner Bros. has released a new Black Adam trailer. The video offers teases of Dwayne Johnson’s titular antihero and his explosive DCEU debut, as well as the heroes he will have to face off against, including Pierce Brosnan, decked out in his Doctor Fate costume. Check out the new trailer below:

While previous trailers have featured plenty of footage of him and the rest of the JSA in action against Johnson’s antihero, the new Black Adam video interestingly marks the first look at Brosnan in his Doctor Fate costume without the Helmet of Fate covering his face. Though only a brief shot, it appears to show the character in the midst of some destruction, raising the question of whether it comes after an epic fight with Black Adam, or the film’s true villain Sabbac, or if he will take it off in the midst of a battle to try and appeal to the emotions of Johnson’s character. Given a subsequent shot in the new Black Adam trailer seemingly shows Sabbac descending onto the scene, it seems likely it comes in the film’s climactic fight against the demon-possessed supervillain.

With the new Black Adam trailer revealing Brosnan in his Doctor Fate costume, it will be interesting to see how often the character will be seen without his helmet in the film. Given Brosnan has previously teased that he wore a mo-cap suit to bring Doctor Fate to life, it seems possible multiple sequences could see him in his costume, though with previous trailers showing him creating clones of himself to fight Black Adam, audiences might also see multiple versions of the character without his helmet. Only time will tell when Black Adam hits theaters on October 21.