HomeVideo10 Cringeworthy Parts In The Books, According To Reddit
Video 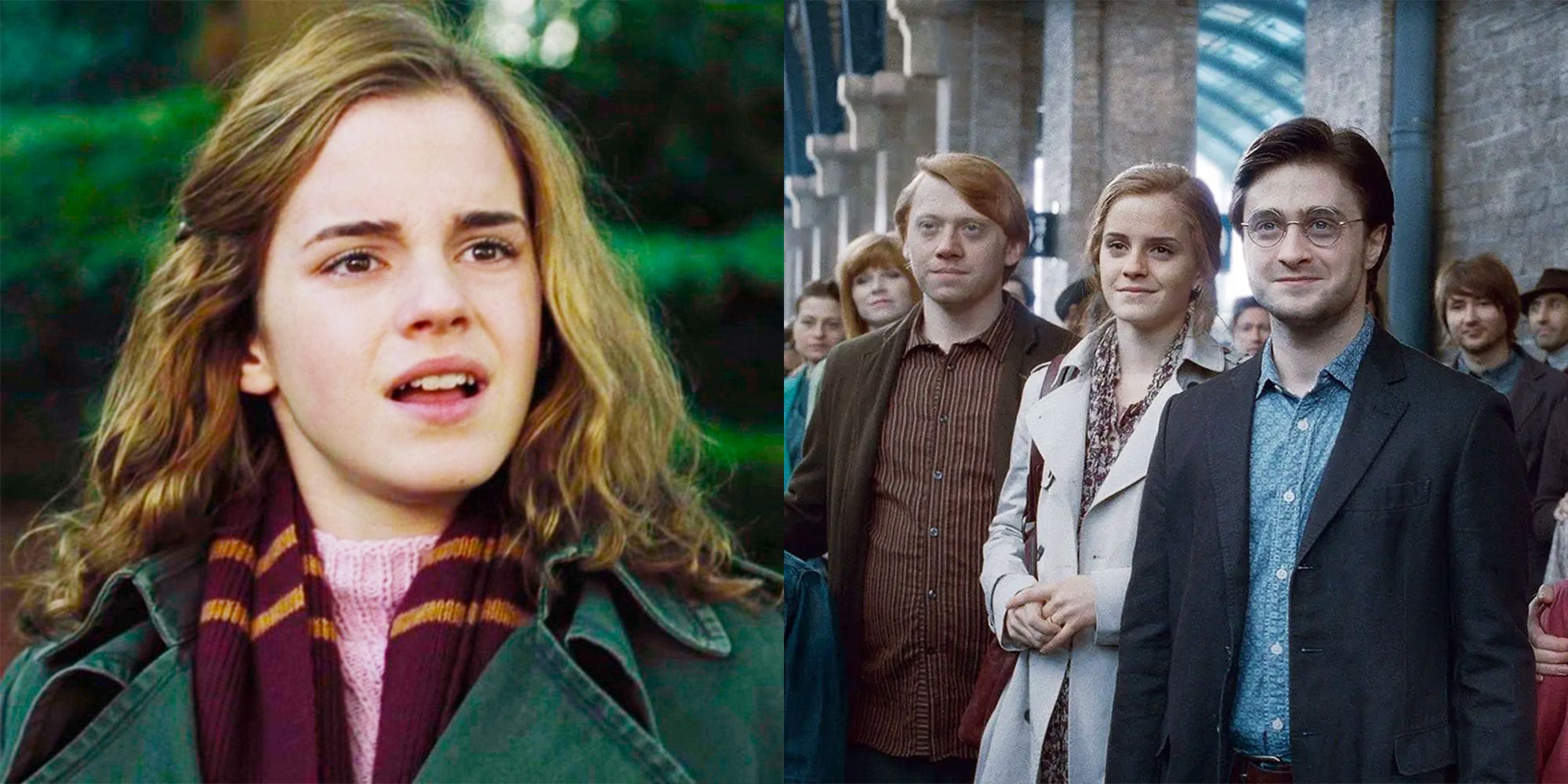 As Avalanche Software gives a tour of the common rooms in Hogwarts Legacy, fans know that they have a long wait ahead of them for any fresh Harry Potter content until the game’s release in 2023. Rewatches of the movies and rereads of the books are in the air, and while fans tend to focus on the flaws in cinema, the books also have their fair share of cringeworthy material, at least according to Reddit.

A lot of these portions belong to the latter books, potentially because of the character’s maturity while hitting teenhood, while some felt secondhand embarrassment because Harry was about to make a big mistake. These parts of the books were not loved very much, with some clinching their teeth.

Ginny Made Luna Help Harry With The Diadem

For xstardust95x, Ginny’s thoughtless jealousy in Deathly Hallows made them cringe. Right before the Battle of Hogwarts was bout to commence, Harry needed all the help that he could get to find Ravenclaw’s diadem, but Ginny pettily chose to send Luna with him instead of Cho, who had offered to help.

The user said, “The petty jealousy from Ginny in a moment like that was just so embarrassing.” Considering the circumstances, Ginny’s possessiveness of Harry made no sense, as the fate of the wizarding world depended on finding the Horcrux. Cho’s knowledge as Ravenclaw made her a valuable asset to find the diadem, but with Ginny acting out of character, she only made it harder to accomplish the mission.

The Number Of Times Lily’s Eyes Were Mentioned

There was a lot to know about James and Lily Potter, but book fans definitely knew too much about Lily’s green eyes. Every time Harry met a new character who had known his mother at some point, he would, without fail, be told that he had her eyes, which was sweet at the beginning but got old very fast.

Donac said “Why was everyone so obsessed with Lily Potter’s eyes? I never wondered about it before, but now that you’ve said it, that is super weird!” It was odd how much everyone seemed to have paid attention to her eyes, even her teachers.

Sometimes, a highly intense argument could be pretty awkward to read, especially since this incident involved 17-year-old Harry and a much older Lupin who had a child on the way. Lupin was dead set on accompanying Harry on the Horcrux hunt, when Harry cut if off and told him he should be with his family.

To hear a child berate an adult for forgetting their responsibilities is not terrible, but it was embarrassing that Lupin forgot about his wife and child. Abby_bro181 imagined “being Hermione and Ron sitting in the corner watching it all. I get Harry’s point but like he cut DEEP.”

Fans unanimously agree that Harry and Cho’s date was a disaster, but it was excruciatingly painful to watch it play out in the books in Madam Pudifoot’s garish tea shop. Cho was clearly not over Cedric, but she still cared for Harry, which got mixed up horribly on their first and only date.

Cho was Harry’s first love interest, and his inexperience was glaringly obvious. Harry and Cho could have been together, but in ayyha‘s words, the date was so bad that “I have to skip that part when I read it.” It stood out as one of the most awkward relationships in Harry Potter, so perhaps it’s good that readers and movie watchers were spared from anymore of the cringe fest.

The “Monster” In Harry’s Chest

Coming to terms with his attraction to Ginny was clearly hard on Harry because he dubbed his feelings a “monster,” which was just awful to read. This monster roared in jealousy and danced when he had a good time with her — it was basically badly-written romance.

Mochi_chan pointed out, “Yes, this fell too deep into bad fanfic territory, it made me cringe the first time I read it, and it does now even more.” Surely, there were better ways to describe Harry’s emotions.

Ginny Got Jealous of Gabrielle

Teenage romance can be full of hormones and awkwardness, and Ginny and Harry’s relationship had a lot of it even before it began. When the Delacours visited the Weasleys, Fleur’s little sister Gabrielle flirted a bit with Harry by batting her eyes, and that elicited a pretty bad reaction from Ginny.

What was really weird here was that Gabrielle was 11, while Ginny was much older at 16, so the competition between the two was non-existent. Mymonodrama said “Ginny getting jealous of 11‐year‐old Gabrielle Delacour was pretty cringe too.”

As a supportive character in Harry Potter, Molly Weasley was generally affable, but she had a penchant for gossip rags and their pieces, which made her hate Hermione for a while. It only reflected poorly on the Weasley matriarch, who chose to send her a bad Easter Egg and gave her the cold shoulder since she should have been older and above Rita Skeeter’s tabloid journalism.

LilyMarie90 expressed their disbelief by questioning, “Molly believing that Hermione was stringing Harry and Krum along and was some sort of heartbreaker?! Even though she knew Harry and Hermione were basically like siblings?” Even Molly should know better than to cave in to such gossip.

Tonks was a fascinating young woman, with powers which could have been used for better purposes in the books. After Order of The Phoenix, her world only centered around Lupin and their love, with her powers flickering due to her sadness.

Their relationship seemed forced, especially since Lupin was pressured into being with Tonks. He never seemed truly happy with her, which made everything seem very cringey. Xstardust95x put it plainly, “Everything about Remadora makes me cringe!”

Watching Harry toy with the Sectumsempra spell was predictable, but “Like watching a slow moving train wreck knowing it’s about to happen and you can’t do anything to stop it,” according to SPEW_Supporter.

Fans knew something terrible was going to happen, and reading it as it unfolded slowly but painfully just made them cringe. Watching Harry go down a path that everyone warned him against was embarrassing.

The infamous epilogue was full of new facts and stories about the Golden Trio, but fans wish it hadn’t been there, or it had been less cringey. Albus Severus and his siblings all seemed to be named after people important to Harry, so it seemed that Ginny had had no say in her own kids’ names.

This part of the book was too perfect, too sappy, and wholly unnecessary. It would have been better to see the aftermath of the war. Withaheavyhearton expressed “I don’t hate it, but I cringe the most at the epilogue. There’s a lot of better stuff we could have found out about those nineteen years.”

NEXT: 10 Coolest Theories About Hogwarts Houses In Harry Potter, According To Reddit

10 Best Portrayals Of Alice, According To IMDb