The Last Airbender’ Universe Characters That Deserve Their Own Spin-Off 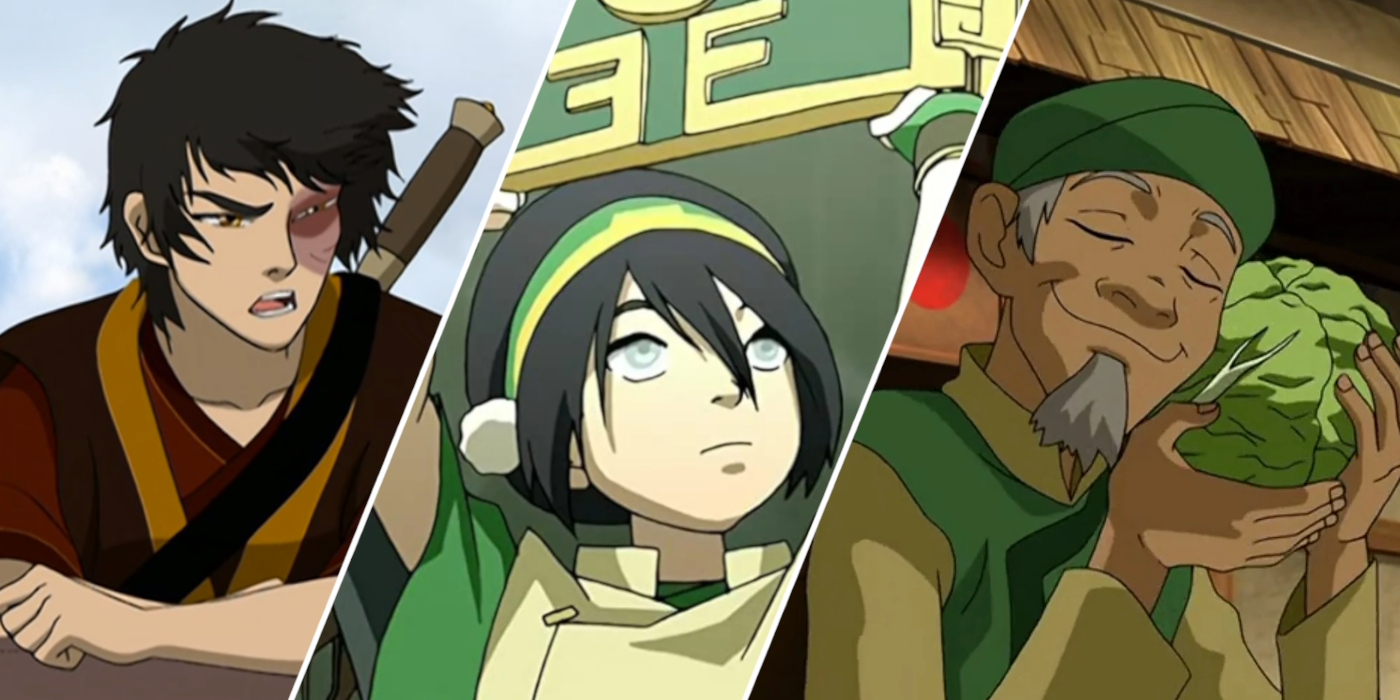 The Avatar universe is one of modern media’s most well-developed and beloved fantasy worlds. A saga of four nations spread out over 200 years, it has been flooded with well-developed characters and overflows with beautiful potential for stories. Fans, of course, know Aang (Zach Tyler Eisen) and Korra’s (Janet Varney) stories, but there are many characters whose tales have only just begun.

Not only is Netflix developing a live-action reboot of The Last Airbender series, but Paramount+ recently announced many spin-offs for characters from both shows. But, of course, some need them more than others: characters whose origins need to be told or fan favorites who need more time in the spotlight.

Fire Lord Ozai’s (Mark Hamill) shadow loomed over the entire series. He was always kept in the shadows until the start of Book 3. While he was not physically imposing, he was an intimidating presence that struck fear into viewers’ hearts. He was a power-hungry tyrant: it’s heavily implied that he killed his father to further his ambition.

But this view of him is somewhat limiting. What exactly led him to become the monster that he was? Was he ever a kind man once? How much influence did his father have over the man he grew into? A prequel detailing these ideas would be fascinating to see.

Everyone’s favorite tea-loving uncle, Iroh (Mako, Book 1 & 2; Greg Baldwin, Book 3 & onward), is perhaps the most comforting parental figure on the show, sticking by Zuko (Dante Basco) throughout his emotional journey—even when Zuko treated him like dirt. But outside his relationship with his nephew, Iroh has a storied past that the audience didn’t get to see much of apart from scant details about his attempted siege of Ba Sing Se and the death of his son Lu Ten.

He was a well-regarded and mighty general in the fire nation army but also very down-to-earth and kind to those outside his country. His segment in the episode “Tales of Ba Sing Se” was beautiful, and seeing more of Iroh going about life and helping people would be exciting to see.

While Aang, Korra, and to an extent, Roku (Ron Perlman) are the Avatars whose stories were most prominently featured, Avatar Kyoshi (Jennifer Hale) is arguably the most popular among fans. Even though her story wasn’t focused on her, her impact on the world is felt throughout.

Her hand in the death of Chin the Conquerer, her founding of the Kyoshi warriors, and her headstrong, tough-as-nails attitude all contributed to a unique and powerful warrior, even among her fellow Avatars. She has recently been the focus of her own spin-off book, The Rise of Kyoshi, and it wouldn’t be exaggerating to say fans want to see a Kyoshi adventure play out on-screen.

A close friend of Aang before he got frozen, Bumi (André Sogliuzzo) grew up to become the king of Omashu and a master Earthbender. While in his over 100 years of living, he’s grown more than a little mad, he is still intimidating, agile, and above all other things, wise. His unconventional and often silly methods are often questionable at first glance. But they carry a surprising amount of sense once he’s explained his perspective on the problem.

He always had a fascinating view of the world, constantly opening his mind to all the possibilities. But how does a man like this become the king of a whole city? A story for Bumi would have a fascinating answer.

She is the greatest Earthbender in the world and will not let anyone forget it. Toph Beifong, at just 12 years old, became an Earthbending champion and invented the art of Metalbending, going as far as to start an academy to teach others to master the skill.

RELATED: Sokka and Toph’s Friendship Is a Hidden Gem in ‘Avatar: The Last Airbender’

During Legend of Korra, it was revealed she founded the police department of Republic City and had a somewhat turbulent relationship with her daughters before chilling out like Yoda in a swamp in her golden years. The blind bandit is more than deserving of her solo adventure; either way, the Earth will shake with excitement.

No character in The Last Airbender series went through a more significant personal journey than this guy. Zuko began as a banished prince, traveled the world with his uncle almost always by his side, became a member of Team Aang, and then crowned Fire Lord as a hero.

Though his reign was not without conflict, Zuko proved to be better than his ancestors, becoming a peace ambassador in Legend of Korra. Maybe it’s because fans can’t seem to get enough of him, but Zuko’s reign as fire lord still has many stories to tell.

While Fire Lord Ozai was the villain in The Last Airbender, no other villain in that series had a more giant ego and spiteful personality than Princess Azula (Grey DeLisle). Utterly full of herself, she knew she was the favorite among her father’s two children and relished throwing it back in Zuko’s face. But even her father threw her under the bus for his conquest; she went insane, ensuring her defeat.

RELATED: How ‘The Legend of Korra’s Approach to Villainy Makes the World of ‘A:TLA’ Richer

While she has yet to face proper redemption, and some will argue she doesn’t entirely deserve it, the recent comic storylines have hinted at a different future for Azula. With no more power to hold or pursue, what kind of journey could she go on?

A bad boy with an intense hatred for the Fire Nation after they murdered his family, Jet (Crawford Wilson) would become the leader of a group of rebels that fought against Firebender soldiers. But while Jet was a good leader and a charismatic young man, he had a darker side; he was willing to let innocent people die if it meant getting revenge. But Jet eventually managed to redeem himself before he died (maybe) fighting the head of the Ba Sing Se secret police, Long Feng (Clancy Brown).

Jet and his freedom fighters already have well-defined personalities and backstories. So perhaps an origin story or a spin-off showing Jet’s possible survival would be an enticing prospect.

What would The Mandalorian look like if it was set in the Avatar universe? This character could be the key. June (Hale) is a bounty hunter with her shirshu, Nyla (a giant, predatory, mole-like creature), who can sniff out her prey from miles away. While at first an enemy to Aang and the gang, she proved helpful in the finale “Sozin’s Comet” when it came to finding Iroh.

She was a fantastic character with an excellent skillset at her disposal, but she did not get much time to develop. Despite this, her potential is still present; it merely needs to be unleashed.

He may have only made a few scant appearances throughout The Last Airbender, but the Cabbage Merchant (James Sie) has proved to be a most beloved running gag. All this poor cult favorite wants to do is sell cabbages, and team Avatar keeps finding ways to destroy his precious produce.

Why does he love cabbages so much? Is he able to get by after such misfortune? Fans deserve the answers to these questions and see him get a happy ending. Perhaps a Rosencrantz and Guildenstern Are Dead-esque piece about how he unintentionally keeps running into the action.

When did Vanessa Grimaldi get married? The Bachelor alum welcomes her first child with husband Joshua Wolfe