HomeVideo10 Worst Comedies of All Time, According to Rotten Tomatoes
Video

10 Worst Comedies of All Time, According to Rotten Tomatoes 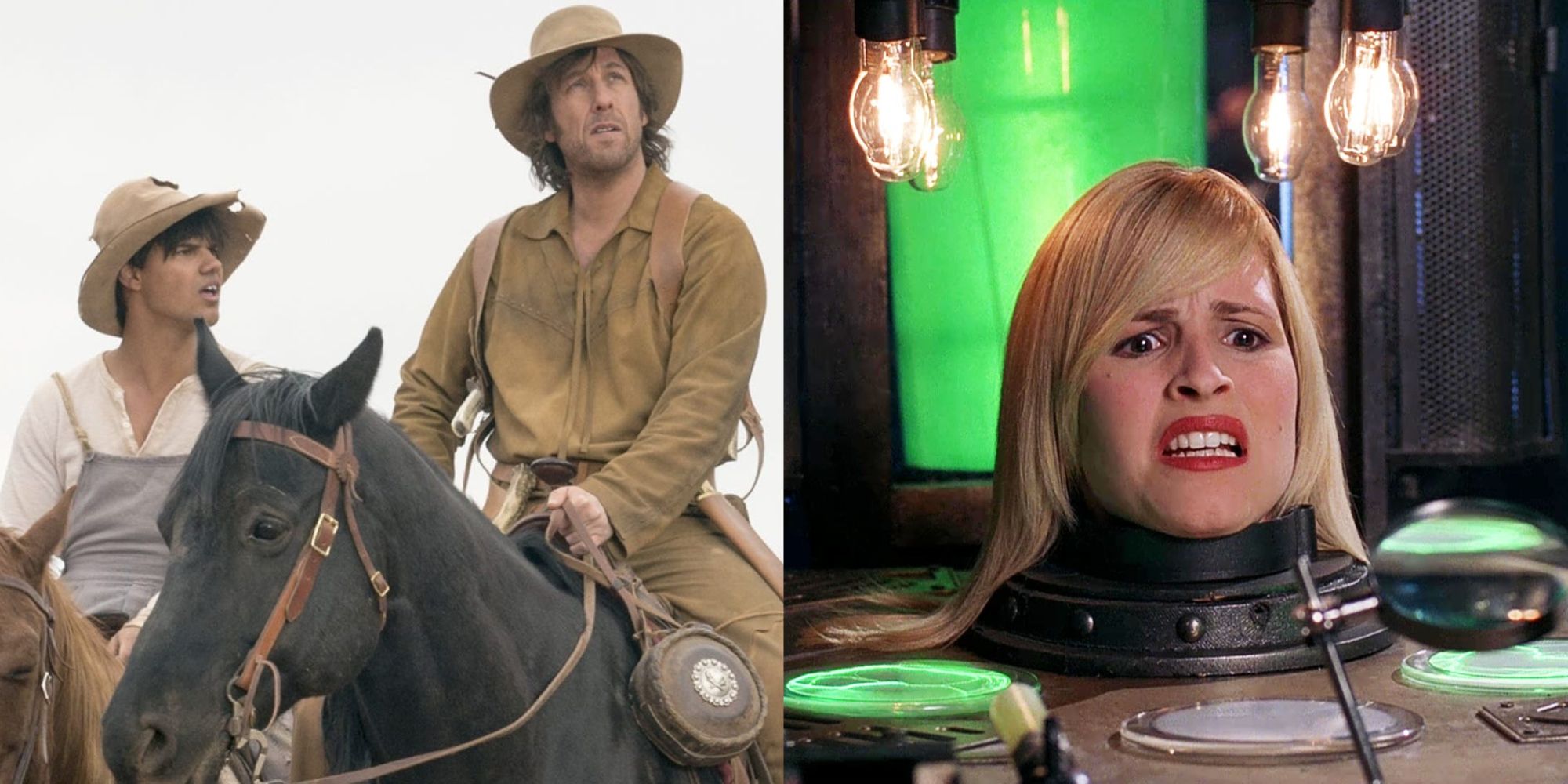 Every day should have some laughter in it. After all, it’s the best medicine, right? It’s no wonder the great film comedies like Airplane!, Dr. Strangelove, Blazing Saddles or Bridesmaids (likely the best comedy so far this century, and definitely the most influential) are a permanent part of our culture, endlessly re-watchable. Lesser comedies certainly have a valuable place, too; if life ever, sometimes, feels cold, they’re always comforting and warm.

RELATED: 10 Worst Sci-Fi Movies of All Time, According to Rotten Tomatoes

There’s little out there, though, that is more painful than an unfunny comedy. When the audience is supposed to be chuckling, and is instead utterly unmoved, perhaps even genuinely uncomfortable, and not in the right way. According to critics on the Tomatometer, these are the least funny ostensibly funny movies of all time.

Its sole virtue being a title that represents truth in advertising, lowbrow action comedy A Low Down Dirty Shame is a career low for writer/director/star Keenan Ivory Wayans, who plays a private investigator who jumps into up a cold case against a drug kingpin.

Wayans would go on to better things. The original 2000 Scary Movie(a genuinely funny spoof sometimes overshadowed by wretched sequels and spinoffs) was, for a time, the highest-grossing movie directed by an African-American. He also directed 2004’s critic-proof White Chicks, which is hilarious, and deserves its cult following.

RELATED: 10 Worst Horror Movies of All Time, According to Rotten Tomatoes

Young Frankenstein this is not. This is even at least a full notch below the American Pie Presents spinoffs that cheapen that brand. This is one of relatively few films on the Tomatometer with unchallenged 0% rating.

A lamentable waste of Oscar winner Dianne Wiest‘s formidable dramedic chops, Andrew Litvack‘s farce is about a gay phone sex addict who tells a woman pretending to be a therapist that he witnessed a murder. There are rent boys, there’s some opera, there’s a dead body.

Merci Docteur Rey tries to be a lot of things. It comes off pretentious and incomprehensible. The flat-out legendary Vanessa Redgrave appears, as herself. Seriously, what is going on here? What is this movie?

A film that simply reeks of cynicism and meanness veiled as humor, a film that seems to have a low opinion of children in general, Problem Child marks the directorial debut of frequent Adam Sandler collaborator Dennis Dugan; it’s about a wacky couple that adopts a child who pretty much turns out to be the antichrist. Many parents were vocal in objection to the film’s crass, potentially hurtful comments about adoption (censored when the film airs on TV), while animal welfare advocates objected to an infamous image (a cat stuffed into a dryer) on the eyesore lobby card.

RELATED: 10 Worst Family and Kids Movies of All Time, According to Rotten Tomatoes

Despite a universal beating from critics, the film was successful in theaters, as well as on home video and television. An abysmal franchise ensued. The immediate sequel boasts an 8% on Rotten Tomatoes. The third installment went to TV, with no critic ratings on the Tomatometer.

Come on. John Travolta and Kirstie Alley deserve better than this. The original Look Who’s Talking worked mostly, the rom-com about a working mother searching for Mr. Right benefiting greatly from Amy Heckerling‘s direction and Bruce Willis‘ funny voice work, as a sardonic newborn. Look Who’s Talking Too was a considerable step down, but still enjoyed financial success, if less than its runaway hit predecessor.

By the third installment, any spark had evaporated. The voices of Danny DeVito and Diane Keaton (seemingly imitating Zsa Zsa Gabor), as dogs who can talk, are trampled in one of the most anarchic, joyless Christmas movies you’ll ever come across. Fortunately, one year later, Travolta came back with a vengeance in Pulp Fiction.

Its title a reference to California’s habitual offender law, DJ Pooh‘s comedy stars Brian Hooks as a convict trying to go straight to avoid a third conviction, which would mean a life sentence. David Alan Grier appears in a supporting role.

3 Strikes‘ 0% on Rotten Tomatoes’ is matched by a similarly dire 11 score on Metacritic. Despite the critical response, it was a modest financial success.

The trailer spoofed Quentin Tarantino‘s The Hateful 8. The feature itself spoofed The Magnificent Seven. Ultimately, the whole project delivered little to no laughs. Despite a flagrant disregard for subtlety, 119-minute (!) The Ridiculous 6 is dull dull dull.

One of very few things worth remarking upon here is the period setting, overall reasonably well done, a change of pace from Adam Sandler comedies that are filmed in posh hotels. It’s also perhaps worth commending a go-for-broke Taylor Lautner for his enthusiasm in a supporting role.

Two broke losers enter a web of crime and scheming with rich old women who have nefarious plans of their own. Sounds like a decent enough premise for a vulgar, unassuming lowbrow good time, right?

RELATED: 10 Worst Action Movies of All Time, According to Rotten Tomatoes

Here’s the problem, or at least arguably the biggest among myriad problems: Gold Diggers is PG-13. It’s arguably the limpest enterprise under the National Lampoon banner, which is a quite a feat.

Oof. The worst movie of one of the best years for cinema ever, 1999’s Baby Geniuses was a critically panned exercise in misery. The 2004 sequel (it’s probably worth mentioning 2004 was also an uncommonly strong year for great film overall) is considerably worse.

More Uncanny Valley effects that will haunt your nightmares, halfheartedly crude gags and phoned-in adult performances are just a few of the noteworthy offenders in this groaner about enhanced toddlers trying to thwart a media mogul (Jon Voight)’s nefarious scheme to alter minds.

Eddie Murphy is one of the past century’s most astonishing and revered comedic geniuses. A Thousand Words makes the fatal mistake of taking away his greatest asset as a performer: his voice. It’s like hiring Channing Tatum for a dance movie where he sits in a chair for most of the runtime.

A queasily family-friendly magic-realism-heavy fable in the vein of (read: ripped off of) Liar Liar, A Thousand Words is arguably Murphy’s worst film ever because it completely disregards the edge and verve that’s always made him great.

NEXT: 10 Worst Movies of All Time, According to Rotten Tomatoes