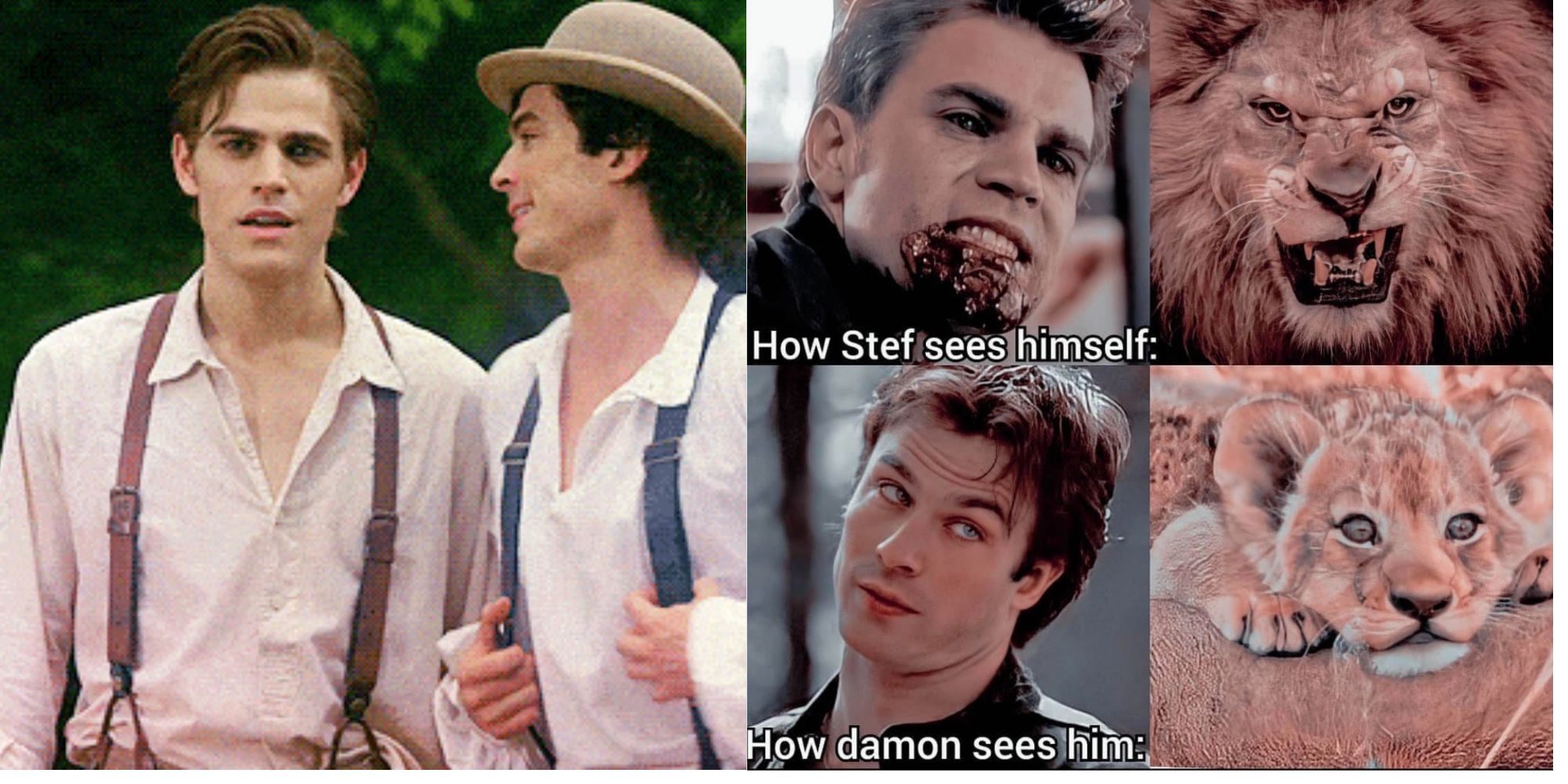 Initially, Stefan and Damon Salvatore had The Vampire Diaries‘ fandom divided by their distinct personalities and Elena’s indecisiveness. However, as the series progressed, fans got to witness how there was a lot more going on between the two brothers than the usual sibling rivalry.

From sharing the same love interests to being the strongest and most important relationship in the show, Stefan and Damon’s brotherhood highlighted the complexities of both their characters and elevated them beyond their conventional “good” vs “bad” vampire roles. Even today, the internet celebrates the Salvatore brothers for the impact they left on audiences with their endearing and complicated brotherly bond.

Although initially, the relationship between Stefan and his older brother seems to be strictly hostile, fans of the series will know that there is a lot more to the Salvatore Brothers than their surface-level good/evil dichotomy.

Related: 10 Greatest Fears Of The Salvatore Brothers In The Vampire Diaries

Stefan and Damon have a long and tumultuous history, with both parties making grave mistakes towards – as well as huge sacrifices for – the other. But these nuances are exactly what makes their relationship the most sincere, emotional, and worthwhile one throughout the series, as pointed out by @sereneprinc3ss.

Despite their seemingly opposite personalities, Damon and Stefan Salvatore have many overlapping qualities and these similarities define not only each brother but also their joint bond.

Of these similarities is the most prominent one of refusing to listen to Elena, as highlighted by Redditor rainfallcroissantfog. While there are many terrible things the Salvatore brothers did to Elena, the most consistent is their complete disregard for her wishes, something that binds the two together throughout the show.

There are many Stefan Salvatore quotes that prove he’s a villain, yet, despite this, he and those who know him tend to always place him on a higher moral ground than his brother Damon.

While Stefan may try and do the right things, ultimately it is known that he has committed just as many – if not more – heinous crimes than his brother, as noted by @raniii_iiix. Yet most of his relationship with Damon involves insisting Damon is the one who needs saving, rather than doing some internal reflection.

Although there are many similarities between Damon and Stefan, one key difference can be seen in who they prioritize time and again.

For Stefan, this was shown to be Damon, no matter how much he had to sacrifice (such as in the series finale). However, for Damon – even with all his love for Stefan – he seemed to always place Elena as his utmost priority, to the point of even forgetting about Stefan at the start of Season 5, as noted by Redditor Lower-Fox6853

As Stefan’s older brother, it’s only warranted that Damon gets to pick on him throughout the series. One thing he seems to really enjoy harping in on is Stefan’s hero hair, as highlighted in this compilation shared by @delenaalwaysdelena.

A large part of Stefan and Damon’s relationship was their sibling banter and quips thrown at each other, with Damon usually delivering the most hilarious and well-chosen remarks against his younger hero-haired brother.

While choosing Damon over Stefan may have been one of the worst decisions Elena made on the show, it is important to note that Damon purposely pursued her from the very start, despite knowing Stefan loved her.

As hilariously shown in this meme posted by @damonxpower, Damon chose to intentionally disrespect Stefan’s relationship with Elena and try to charm her, despite suffering consequences for their similar situation with Katherine in 1864. Sadly, the tendency of Damon to disregard Stefan’s feelings becomes a constant pattern.

Stefan’s peaceful and low-key return to Mystic Falls is quickly turned on its head with the surprise visit of Damon, who comes and wreaks havoc right from his first entrance.

As pointed out in this meme shared by @TorturedVital, all reformed Stefan wanted was some peace and quiet while seeking an exciting high school adventure with Katherine’s mysterious doppelgänger, but Damon quickly disturbs that, and it is never again restored thanks to his chaotic older brother.

Putting Differences Aside For Elena

As the series’ main character, there are many times Elena only survived because of her friends and plot armor, especially since she had both Salvatore brothers in her corner to protect her.

No matter what their differences may be at the time, Stefan and Damon were always prepared to drop every grudge and band together to save Elena, as shown in this Reddit meme. While Elena may have been the thing that divided the brothers at times, she was also one of the core reasons they bonded and got closer as well.

While causing a further rift between them was one of the worst things Elena did to the Salvatore brothers, there were some wholesome things about their bond that even she couldn’t change.

One of these was their typical older and younger brother dynamic, where no matter what Stefan did or how “terrifying” he became, he was still seen by doting Damon as his cute little brother, as highlighted by @tvd.xsired. Even with everything, the Salvatores still displayed a lot of normal mannerisms inherent to most siblings.

Ultimately, despite all the drama and heartbreak of the romantic relationships, the best and most important relationship in The Vampire Diaries goes to Stefan and Damon’s brotherhood.

Not only did they constantly better one another, but they also helped each other grow from their respective traumas and learn to have the same intimacy and affection as they did as kids. The two started off as rivals, but end the series as loving, healed, and reunited brothers which – as shown by @iaonsomerhalder.myidol – is the most impactful and emotional part of the entire series.

Next: 10 Inside Jokes Only Diehard The Vampire Diaries Fans Would Understand