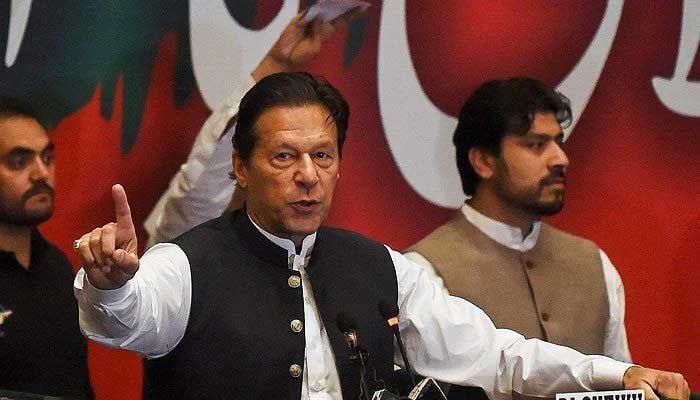 ISLAMABAD: The Election Commission of Pakistan (ECP) Monday gave six weeks’ time to the PTI to submit details in the foreign funding case.

In its unanimous verdict on August 2, a three-member bench of the ECP headed by Chief Election Commissioner Sikander (CEC) Sultan Raja ruled that the PTI received funds from prohibited sources and issued a notice to the party asking why the funds should not be confiscated.

In response to the notice,  PTI’s counsel  Shah Khawar submitted the party’s interim reply to the ECP. He also submitted video statements and National Identity Cards for Overseas Pakistanis (NICOPs) of four people related to the case.

During the course of the proceedings, the PTI’s counsel pleaded with the court to grant them at least eight weeks’ time to collect details.

“It is a 10-year-old case and we have to collect details from the party’s foreign chapters,” he said.

At this, the chief election commissioner stated that as per the country’s law no political party can receive funds from any foreign company.

“You have registered a company as par the US law under FARA,” remarked the CEC.

Meanwhile, the ECP granted PTI six weeks time to file the details and adjourned the hearing.

What will happen if prohibited funding proves

All the lawmakers of PTI will be disqualified and its offices will be sealed if prohibited funding is proved against the party, said Former ECP secretary Kanwar Dilshad.

Talking to Geo News ahead of the Election Commission’s verdict in the prohibited funding case, Kanwar Dilshad had said that in case the verdict comes against PTI and the commission says the party received prohibited funding, then the body will send a reference to the federal government.

Dilshad had said that once the government receives the reference, it will then move the Supreme Court and file a reference against the party under Article 17.

The apex court will then hold a hearing with a full bench, he had said.

Before the government sends a reference, Dilshad had said, the PTI can also challenge the Election Commission’s order in the apex court.