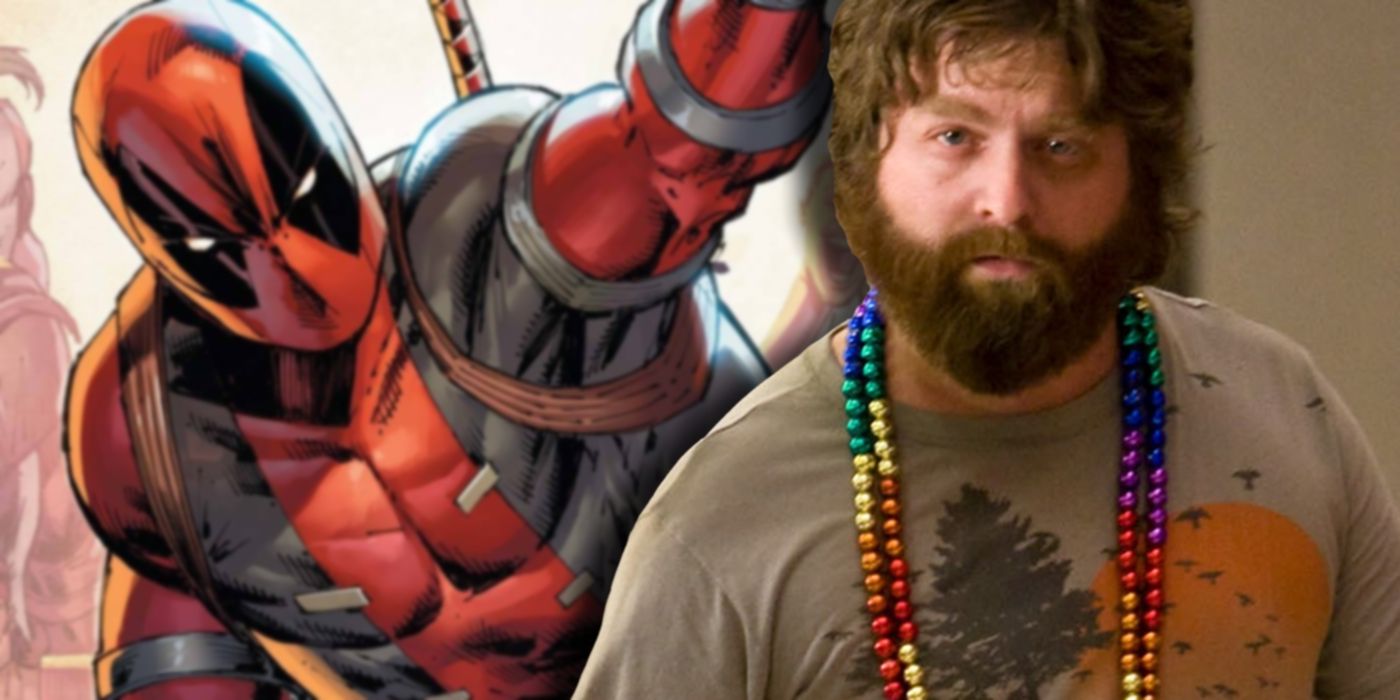 Comedian Zach Galifianakis’ ‘twin brother’ Seth may be hard to find, but as one Deadpool comic shows, he’s quite public-facing in the Marvel Universe. Deadpool #34 reveals how the notoriously private sibling is trying to come out of his shell by modeling himself after his more famous brother.

Zach Galifianakis is a stand-up comedian and actor who has been featured in films such as The Campaign, Masterminds, and The Hangover Trilogy. Part of what helped Galifianakis rocket him to fame was his complete commitment to his jokes, one of which was the fabrication of his twin brother, Seth. Zach Galifianakis often interviews and performs stand-up comedy as Seth, who is very much unlike his shiftless ‘brother’. Zach Galifianakis’ twin humor eventually served as the basis for his FX comedy show Baskets in which he plays the identical siblings, Chip and Dale Baskets.

Related: Deadpool WAS Inspired by a Comic Icon, But Not the One You Think

And it seems that this running gag of Galifianakis’ is just too good to be limited to Earth. As Deadpool #34 by Brian Posehn, Gerry Duggan, and Scott Koblish reveals, Zach’s dedication to the joke is so deep, it extends all the way to the Marvel Universe. In an “all-but forgotten” issue of Deadpool meant to tie into Marvel’s Original Sin event, the world’s most notable assassin works alongside Sabretooth. Creed finds it shocking how little Deadpool is actually aware of and tags along with him on a mission to see if Deadpool would actually kill his own parents. Along the way, the duo is interrupted by Canada’s premier fighting force, Alpha Flight. After an intense fight, Sabretooth and Deadpool manage to find solace at a local bar currently indulging in an open mic night. As Wade and Creed discuss things, Zach Galifianakis’ public-shy twin is seen trying out some material on stage.

Unfortunately, Seth’s moment in the sun goes completely unnoticed by Deadpool and Sabretooth. It shouldn’t come as a surprise that a deep-cut alternative comedy reference was sneaked into the pages of Deadpool as this issue was co-written by Brian Posehn, a fellow stand-up who has performed with Galifianakis on the Comedians of Comedy tour. While the reference may have slipped by some readers, eagle-eyed fans of comedy no doubt caught the reference to Galifianakis’ long-running bit.

As one of the wackiest properties under the Marvel umbrella, the Deadpool series allows for its creators to skewer as much of pop culture as they want. From riffing on iconic movie moments to calling out the X-Men, Deadpool is a book that’s usually packed to the brim with moments that touch on various facets of entertainment, no matter the medium. Including Zach Galifianakis’ ‘twin’ is a fun background gag embraces one of the best aspects of the franchise: pop culture references that double as humor to those ‘in the know’. Zach Galifianakis’ twin brother may be hard to pin down in real-life, but in the Marvel Universe, he’s a permanent part of Deadpool history.