How Singles Introduced Me to the Grunge Scene 30 Years Ago 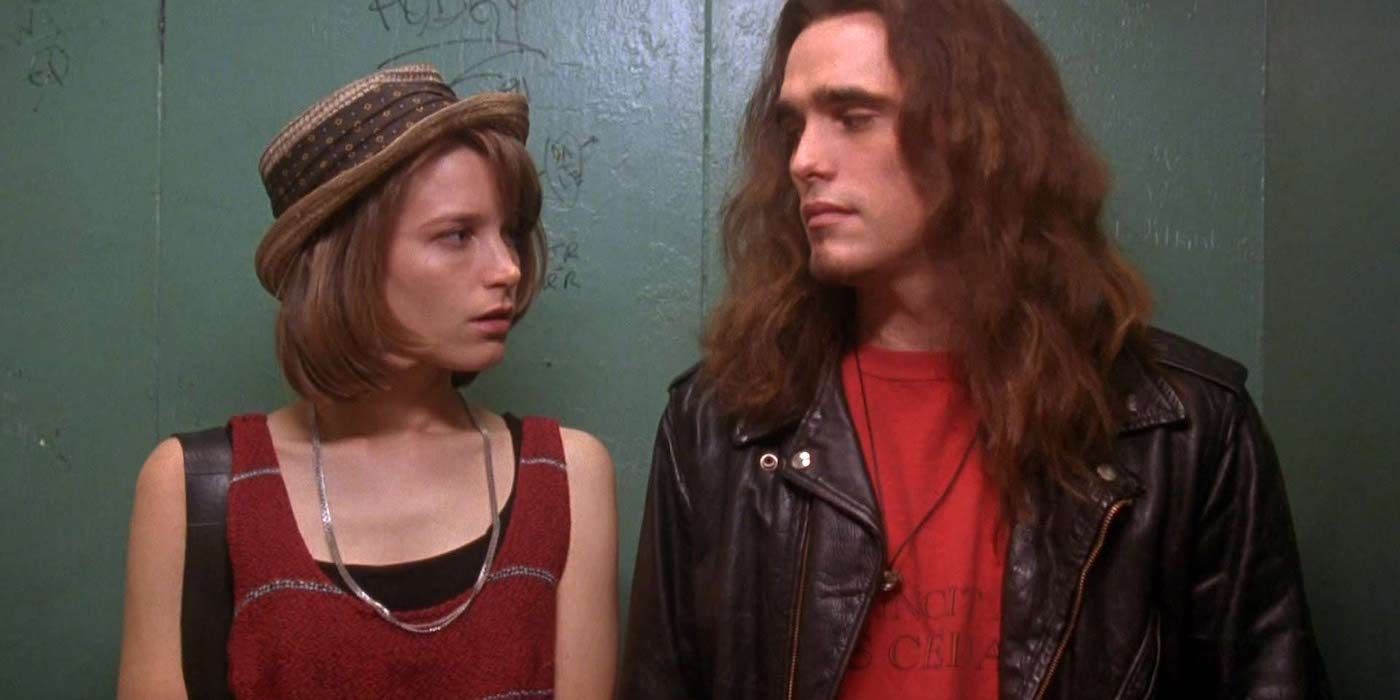 September 18th marks 30 years since the film Singles was released. Singles is a 1992 film by Cameron Crowe about the emerging grunge music scene in Seattle. The film now serves as a time capsule with a grand snapshot of Generation X in the most nineties way possible. There are flannels and Doc Martens a plenty, but really it is an ode to the music of the musicians in the film right before they all shot to super stardom. And for me, a young gal from Northeast Pennsylvania, it served as an introduction to a hip, Northwestern city filled with a rockin’ night-life that I made it my mission to visit someday.

Singles Is Not a Plot-Heavy Film

The film itself is about a group of single twenty-somethings navigating life in Seattle in 1992. Just a bunch of friends post college trying to figure out their lives. Sound familiar? Well, it should. Cameron Crowe insists that this film was the inspiration for Friends, but the creators vehemently deny it. The film stars Kyra Sedgwick as Linda who keeps falling in love with the wrong guy. When she meets nice guy, Steve (Campbell Scott) her hesitancy to trust him is understandable. Matt Dillon plays Cliff, a dopey musician trying to make a name for himself in this new evolving movie scene and his girlfriend Janet (Bridget Fonda) who can’t seem to get enough of him. Cliff’s aloofness is part of his appeal, but Janet is trying to figure out if he truly is right for her and if he even cares that she’s there. Lastly there is Debbie (Sheila Kelly) who will try just about anything to find a boyfriend. Despite all of their relationship statuses, the title is derived from the apartment complex they all live in which is filled with “single” apartment units. The film also features Bill Pullman, Jeremy Piven, Tom Skerritt, Tim Burton, Paul Giamatti, and Eric Stoltz in bit parts. It’s not a plot-heavy film, it’s more about the characters and especially the scene. And it has some killer comedy bits that Gen Xers are happy to quote to this day.

Singles Was One of Seattle’s First Cinematic Depictions

Seattle. It seemed so exotic in 1992. This was before Frasier, before Sleepless in Seattle and way before Meredith Grey started at Seattle Grace on Grey’s Anatomy. It served as a backdrop for the film Say Anything, but the city wasn’t the focus. The 90s mega-hit Twin Peaks also took advantage of the locale filming in nearby Snoqualmie, Washington. It had an air of mystery and foreboding around it and the weather actually justified draping yourself in flannel and boots way before it was hip to do so. And when you’re born and raised on the East Coast, cities out west seem like a rainy fantasy land in the Northwest surrounded by fresh air and pine trees. When Singles came out, all of a sudden it seemed like the hip place to be.

It’s hard to explain how new the grunge sound was back in 1992. The music scene seemed to be all anyone was talking about and suddenly this hyper localized sound started spreading into the mainstream across the country. Nirvana’s “Nevermind” came out a year prior to Singles coming out in theaters. The band Mother Love Bone had ended in 1990 with the death of lead singer Andrew Wood. A couple of the other members appear in the film as members of Cliff’s fictional band, Citizen Dick. Those members’ names are Jeff Ament, Stone Gossard, and some guy named Eddie Vedder and as you may know, those guys formed a little band called Pearl Jam. Their album Ten had been released in 1991, but it was the single “Jeremy” that was released in 1992 that made the band explode. The same with Alice in Chains who also appear in the film with their big breakthrough album Dirt coming out around the same time as the film. Chris Cornell appears in the film as well and his band’s big breakthrough album, “Superunknown” didn’t come out until 1994 with their huge hit “Black Hole Sun.” These are just some “local bands” that were hanging out in Seattle in 1992. Can you even imagine? And the film itself is a great showcase of getting to see these artists performing before they became household names.

One of Singles’ Best Parts Was Its Soundtrack

It may come as no big surprise, but the Singles soundtrack was one of the best things to come out of the movie. It is a perfect compilation of grunge artists. In addition to those mentioned above, it also featured tracks from Smashing Pumpkins who are also associated with the Grunge scene even though they hail from Chicago, Billy Corgan’s unmistakable voice pops up on the soundtrack a year before their breakthrough album Siamese Dream was released. Screaming Trees also appears. Even though not from Seattle exactly, more Eastern Washington, the band was also a big part of the grunge movement. It’s hard to mention Seattle and not mention Jimi Hendrix who also has an appearance on the soundtrack. Obviously not a grunge artist, but a Seattle legend. Rounding out the soundtrack are tracks by Mudhoney, Paul Westerberg from The Replacements and one from The Lovemongers. The Lovemongers is an acoustic band featuring sisters, Ann and Nancy Wilson from Heart. (Nancy Wilson happened to be married to Crowe at the time). It is a veritable grunge-a-palooza.

The soundtrack was such a huge hit and a fantastic compilation of grunge music that it was reissued in 2017 with 18 new bonus tracks. It included the song “Touch Me, I’m Dick” which is performed by Citizen Dick in the movie (but really performed by Pearl Jam). The reissue also included many more tracks from the lot listed above but also included new ones from the bands Truly, Blood Circus, and Mike McCready (also of Pearl Jam).

It sure sounds like I know a lot about grunge music, but before Singles came out, I knew none of this. Singles and the grunge scene defined the 90s for me and an entire generation. A few bands stood the test of time like Pearl Jam who is still going in its original form all these years later. Was it their appearance in Singles that made them eternal? But mostly, grunge just faded away. Our CD’s became obsolete, our flannels hung up in our closets, and our Docs lost their shine. (Okay Docs are timeless, but still…) If you’d like a glimpse of what it was like in 1992 in the midst of the hottest music scene of the decade, Singles is a great place to start.