HomeVideoWhich Disney Hero Are You, Based On Your Chinese Zodiac Sign?
Video

Which Disney Hero Are You, Based On Your Chinese Zodiac Sign? 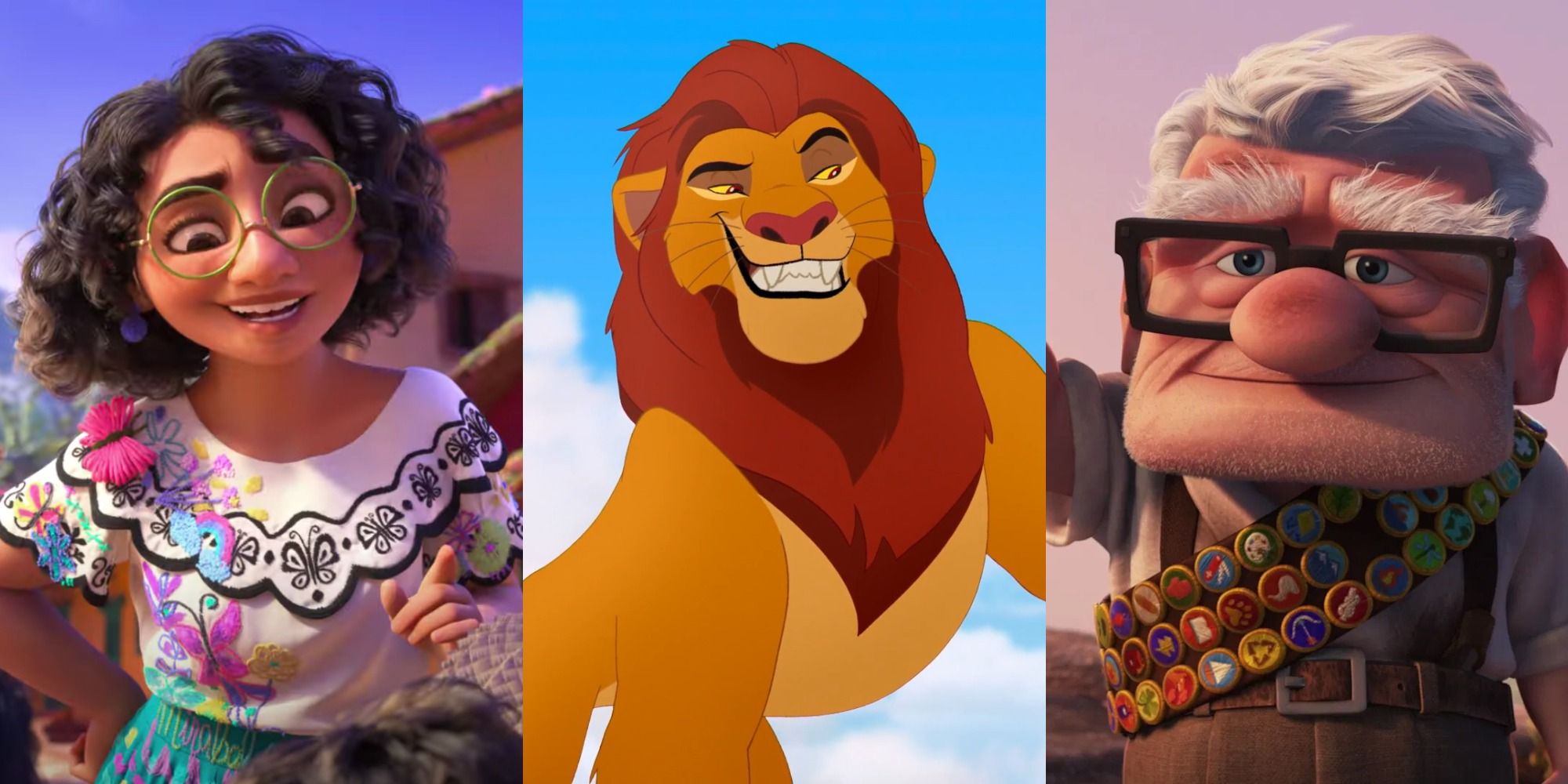 The hero story trope is a popular one, and it’s one that Disney uses frequently. Every Disney film, from the early classics to recent hit Encanto, features at least one central hero for viewers to admire. Regardless of the type of hero, they often have a positive outlook, and do what they can to help others.

Even so, each hero carves their own path, and the unique aspects of their personality can be examined when they are assigned a sign of the Chinese zodiac. Whether they lead with their emotions or keep things under wraps, though, each Disney hero is strong in their own way. All movies mentioned are available to stream on Disney+.

Updated on September 17th, 2022 by Stacie Rook: Disney fans have been treated to a look at some of the studio’s upcoming heroes in announcements from the recent D23 Expo, including a first trailer for the live-action adaptation of The Little Mermaid. These glimpses of what’s to come prove that Disney is far from done with the hero narrative, and set up many noble journeys for their protagonists.

Basil is the Sherlock Holmes equivalent in The Great Mouse Detective. Having all the usual characteristics of Sherlock Holmes including quick-wittedness, charm, and resourcefulness make him fit into the personality of someone born in the year of the rat.

Besides the fact that he is a mouse, which is close to a rat, he fits in with the rats well. He is loved by most, but his selfish nature can make him hard to take in sometimes. Basil’s detective skills also make him incredibly resourceful which helps him get out of more than one spout of danger.

Coco is one of the best Pixar movies for adults, given that main character Miguel spends the movie learning about his family history, as well as showing his true self despite his own family telling him he couldn’t partake in the one thing he loved.

His quest to get his family to love music again, as well to let him play music displays traits of the ox, namely determination and patience. He also shows his strength by working through everything that gets thrown at him to be able to pursue music, yet again proving he is an ox.

Born into a family full of magical abilities, Mirabel has to learn to pave her way when she is the only one that doesn’t get any magic. Her independence due to the fact that she doesn’t have any magic, as well as the fact that she just tends to do her own thing makes her personality match up with those born in the year of the tiger.

While there are some unpopular opinions about Mirabel there’s no doubt that she has the tiger’s trait of bravery. People born under this sign also think and act with their emotions which Mirabel often does as she fights to help save the magic the candle gives to the family.

Possibly the most kind-hearted and gentle hero in all of Disney, Lilo has all the qualities of someone born in the year of the rabbit. The fact that she adopted and took in the strangest looking dog, Stitch, and was patient with him, even when he wrecked her things, shows her kindness.

Rabbits are also responsible, and she often takes responsibility for his actions, but she also takes the responsibility to help turn Stitch from villain to hero, no matter how much he fights back.

King of the Pride Lands, Mufasa is an underrated hero in the Disney franchise. The strength and wisdom he shares with his son, as well as his people make him a leader to never forget.

Dragons often have lots of charisma, and Mufasa has plenty to spare. It’s a lot more subtle than some, but every time he is on-screen, the way he carries himself demands all the attention. He is also trustworthy and works hard to keep his pride running smoothly, just as a dragon would.

While she may not be the main character in Disney’s Hercules, Meg is can be categorized as a hero in the film as she did help save Hercules in more ways than one.

Her going back and forth between being on the good side and the bad side makes her the perfect fit for someone who is born in the year of the snake. Other aspects of her personality that fit with the snakes are the fact that she is smart, and calm, especially when being attacked by monsters.

The outgoing outcast, Vanellope from Wreck-It Ralph redefined the term hero. As she found her place in the gaming world, as well as beside Ralph as his best friend, Vanellope really showed her true colors.

Her bubbly and energetic personality makes her a horse in the Chinese Zodiac. Horses are also notorious for traveling, and her love for racing and longing to be able to escape the game checks that box very well. Her sarcastic sense of humor is also another trait that makes this hero a horse.

Due to his appearance, Quasimodo was shunned from the world and made fun of whenever he did enter it. Despite the hate, he found it in his heart to be kind to everyone he met for the most part.

His soft and kind-natured spirit aligns with those that are born in the year of the Sheep. Quasimodo had some of the best quotes of any Disney hero and was also rather observant as he always seemed to watch from behind the scenes, which gave him the edge he needed to defeat Frollo.

Officer Judy Hopps is a bunny that overcomes many obstacles and ridicule to earn her spot on the police force. Fans root for her as she is a cute, relatable, and likable bunny, and she constantly proves she’s worth rooting for throughout the movie.

Hopps has infinite energy and a drive to solve any case she is given, which makes her a perfect match for the year of the monkey. That, along with the fact that she has detective skills meaning she has to learn to adapt to situations, as well as be able to talk to anyone and everyone make her a monkey through and through.

Flik had a tendency to stick out in his colony. His constant creation of new inventions and his lack of desire to conform to the usual ways of the colony made him somewhat of an outcast, but Flik had lots to offer.

His strong work ethic, although it didn’t always help his fellow ants, was pure at heart. He also was very independent since he was the only that seemed to think so outside the box. All of these are traits of those born in the year of the rooster. Roosters are also courageous and fierce which can be seen when he stands up to Hopper.

Being the last robot on Earth is not an easy task, but Wall-E seems to not mind it too much. Following him on his journey in one of the best movies about the end of the world, Wall-E brings a positive outlook to things. His constant curiosity in the random things that he finds as he makes cubes of the trash makes him a match for those born in the year of the dog.

While he tends to be a curious creature, there are still some things that scare him at first, or that make him a little anxious, which is also a classic trait of the dog. Regardless, he always seems to overcome all these obstacles and continues to explore.

Carl had quite the journey in his life before and after he decided to move his house. While he may have come off as a grumpy old man at the beginning of Up, his true colors being to show, and his compassion for both Russell and Doug show the more time he spends with them.

Compassion is one of the many traits of someone born in the year of the pig. Pigs are also notoriously generous and diligent and Carl proves to be both of those as he goes so far out of his way to help Russell and Doug, and with how hard he works to get his house to the top of Paradise Falls.

How Is Wolverine Alive in ‘Deadpool 3’? Let Ryan and Hugh Explain

How Akira Shows the Corrupting Influence of Power