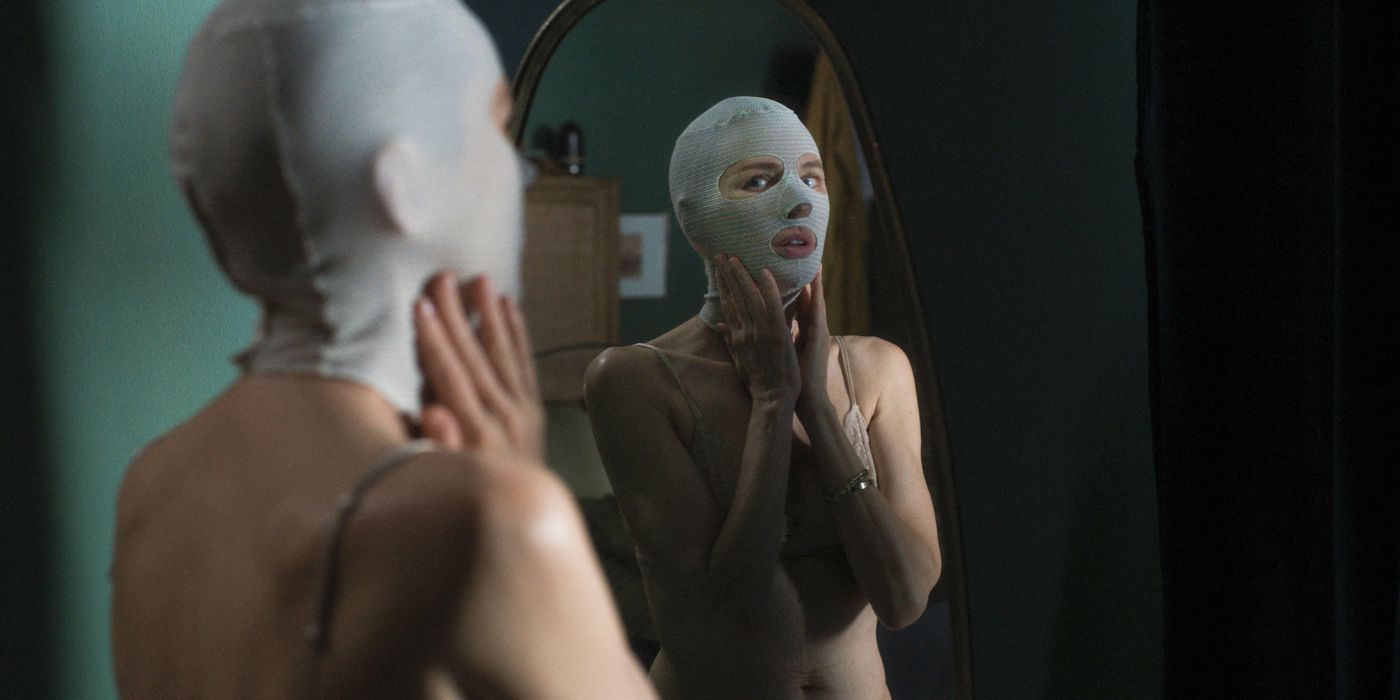 Editor’s note: The following contains spoilers for both the original 2014 version of the film, as well as the 2022 remake of Goodnight Mommy. Proceed with caution.

The 2014 Austrian horror film Goodnight Mommy is one of the most terrifying projects of the past decade. Although genre fans owe it to themselves to check out the original version first, Amazon Prime has debuted an American remake from director Matt Sobel. Cameron Crovetti and Nicholas Crovetti star as the two young twins, Elias and Lukas, respectively. The boys begin to suspect that the woman claiming to be their mother (Naomi Watts) is actually an imposter with malicious intentions.

The boys arrive at their mother’s country home, where she has wrapped herself in bandages to cover up a recent surgical procedure. Their mother is an acclaimed actress, so the surgery itself isn’t that unusual. However, as their mother’s behavior grows more erratic, the boys begin to cast their suspicions. Who is this mysterious stranger, and what did she do with their real mother?

Elias and Lukas first notice signs that their mother doesn’t remember things that she should. She forbids them from playing outside in their barn, forgets the words to a bedtime song that they’re used to hearing, and tears up a picture that Elias made for her. She now has green eyes, instead of the blue ones that they remember. When they question her about her behavior, she lashes out in anger. The boys never remember their mother having such rage. Elias even catches her dancing in front of a mirror, as if she is only just getting adjusted to her new body.

After discovering a trail of blood in the barn, Lukas and Elias become convinced that their real mother has been kidnaped, and is in need of their help. After their mother attacks them and forces them to flee, Lukas and Elias manage to escape to a neighbor’s home. However, the police return them back to their mother, who has now taken off her mask of bandages. The boys tie their mother to a bed, but she coaxes Elias into letting her free.

Elias’ mother takes him to the barn, and explains that he accidentally shot his brother when they were playing with a gun. The blood in the barn is the stain from where Lukas was killed. Lukas is a manifestation of Elias’ guilt. He was not able to cope with his feelings of shame. The malicious decisions that Lukas makes are really just Elias’ interior thoughts playing out.

The strange behavior by Elias’ mother can also be explained by trauma. She is coping with the death of her son, and cannot bear to look at Elias in the same way again. All the happy memories that she has (such as singing bedtime songs) are now corrupted. She feels like an imposter because she has become a radically different person as a result of her depression.

Elias’ mother likely prevented him from playing in the barn because that’s where their father’s gun was discovered. She never would have slapped Elias before Lukas’ death. However, Elias is still not willing to accept the truth. After his mother shows him the evidence, Elias pushes her off a pillar in their barn. The barn is set aflame, and Elias runs away into the night.

After fleeing from the remains of the barn, Elias falls down in a field and begins to sob. As he watches the flames go up, he receives a pat on his shoulder. Both his mother and Lukas are there, and they embrace him. The mother tells him that he didn’t do anything wrong. However, it’s clear that this is just another hallucination. He began questioning his mother’s identity because he wasn’t able to process Lukas’ death, and now he can’t bear the truth that he’s responsible for her death, too. With no one to guide him, Elias maintains his delusion.

Why Little Nicky Is Adam Sandler’s Most Creative Movie

How To Beat The Treasurer of Les Invalides Titan (Boss Fight)