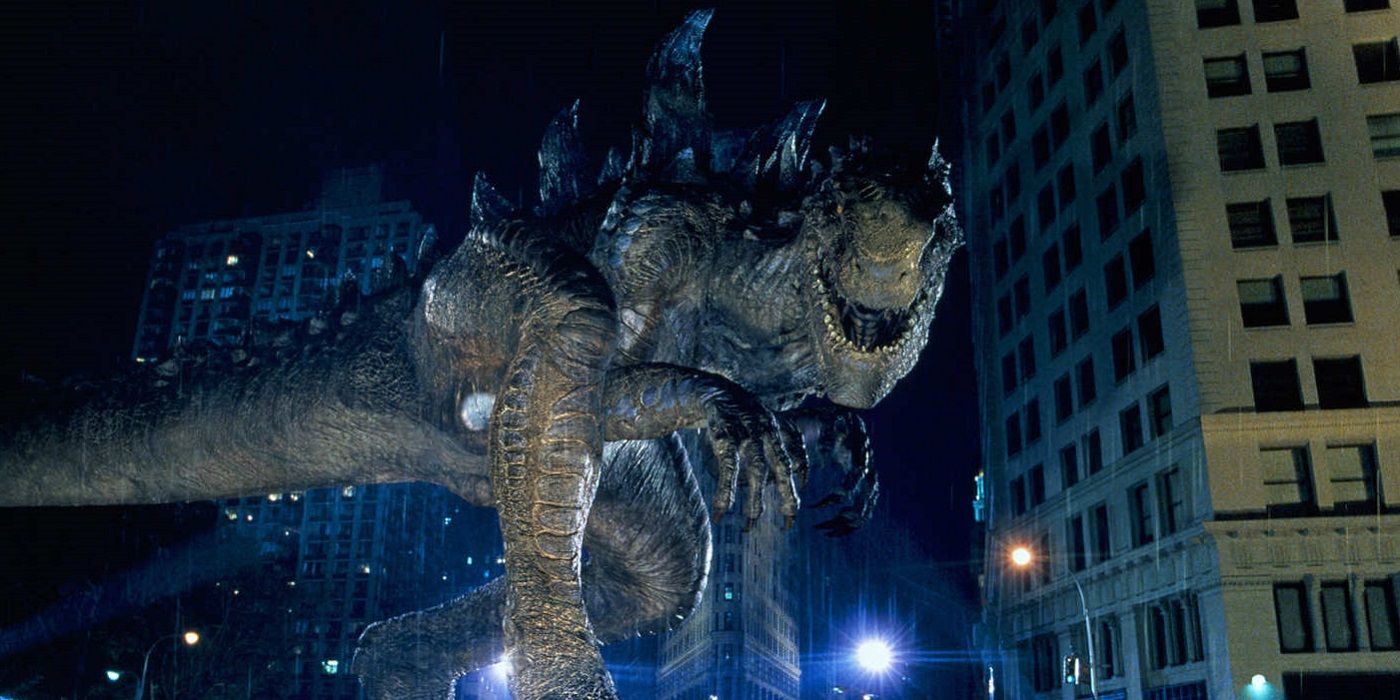 Jan de Bont, the original director of 1998’s Godzilla, reveals a significant difference in his vision of the film. De Bont began his movie-making career as a cinematographer in his native Netherlands. After he moved to Hollywood, de Bont worked on several famous films including the Stephen King horror film Cujo and Bruce Willis’s cinematic breakout hit Die Hard. Eventually, de Bont transitioned into directing, and his directorial debut was the 1994 action thriller Speed, starring Keanu Reeves. In 1994, de Bont was also tapped to direct TriStar Pictures’ adaptation of Toho’s Godzilla, but was quickly replaced by Roland Emmerich.

When it premiered in 1998, Emmerich’s Godzilla quickly gained a reputation as a major disappointment. Despite earning a high profit, the monster movie’s box office return was drastically lower than estimates, and critics almost universally slammed the film itself for its poor script, acting, and directing. Godzilla fans had a similar adverse reaction, with many upset by the 1998 film departing from its source inspiration by redesigning the King of Monsters. Emmerich’s Godzilla was CGI and had thinner, longer limbs built for speed, not the lumbering monster audiences had known for decades. As a result of its negative reception, Godzilla 1998 never received any sequels that the studio had planned for it. Now, the original director reveals his plan, which may have prevented the fan backlash.

Related: Every Titan Godzilla Beat In The MonsterVerse (& When)

In a recent interview with Yahoo! News, de Bont revealed the major difference between his Godzilla and Emmerich’s. The director shared that his plan was to imitate the monster’s original appearance in Japan by using an actor in a suit to portray Godzilla. Unfortunately, according to de Bont, TriStar felt this plan was too expensive and replaced him. Check out de Bont’s explanation below:

“I really wanted to make Godzilla, I wanted it so badly. I loved what he was in Japan. I love that it wasn’t so perfect.

It was a guy in a suit! It was so great. The movements, there was something human about it. The guy in the suit was sweating like a pig and he said he was losing two pounds every minute because it was 125lbs and it was rubber… he said he could only do one take at a time.

We had a really good script and everybody loved it. [But] the reason they got rid of me is because they said my budget was higher than Roland Emmerich. I said that’s impossible because they’re going to use the same effects people as I do and they’re going to charge exactly the same. Because the guy was in the suit, the motions were very different to what a dinosaur would do and that was very attractive to me.”

De Bont’s plan to use practical effects instead of CGI would have definitely changed Godzilla 1998 in a major way. While it is impossible to say for certain that the change could have transformed Emmerich’s disappointing Godzilla movie into a hit, using an actor to portray Godzilla would likely have improved many fans’ reactions to the monster. What made Emmerich’s redesign so upsetting was that it represented Godzilla as essentially just a massive dinosaur, an animal with no agency, instead of either the villain or hero of the movie. By using an actor in a Godzilla suit, de Bont’s interpretation would have been naturally anthropomorphic and would have allowed viewers to decide the monster’s motivation for his rampage.

Of course, de Bont’s change wouldn’t have guaranteed success for Godzilla 1998. His film could have still suffered from the other problems that Emmerich’s version did, but there’s no doubt that improving Godzilla as a character would have improved the whole film. Still, thanks to the 1998 Godzilla failure, the franchise was rebooted by Legendary Pictures, which seems to have learned from Emmerich’s mistake. Godzilla in Legendary’s Monsterverse clearly has heroic traits, showing that the heart of every Godzilla movie should be the monster itself.