HomeVideoBrie Larson Reveals What She Had To Learn From ‘The Marvels’ Co-Star...
Video 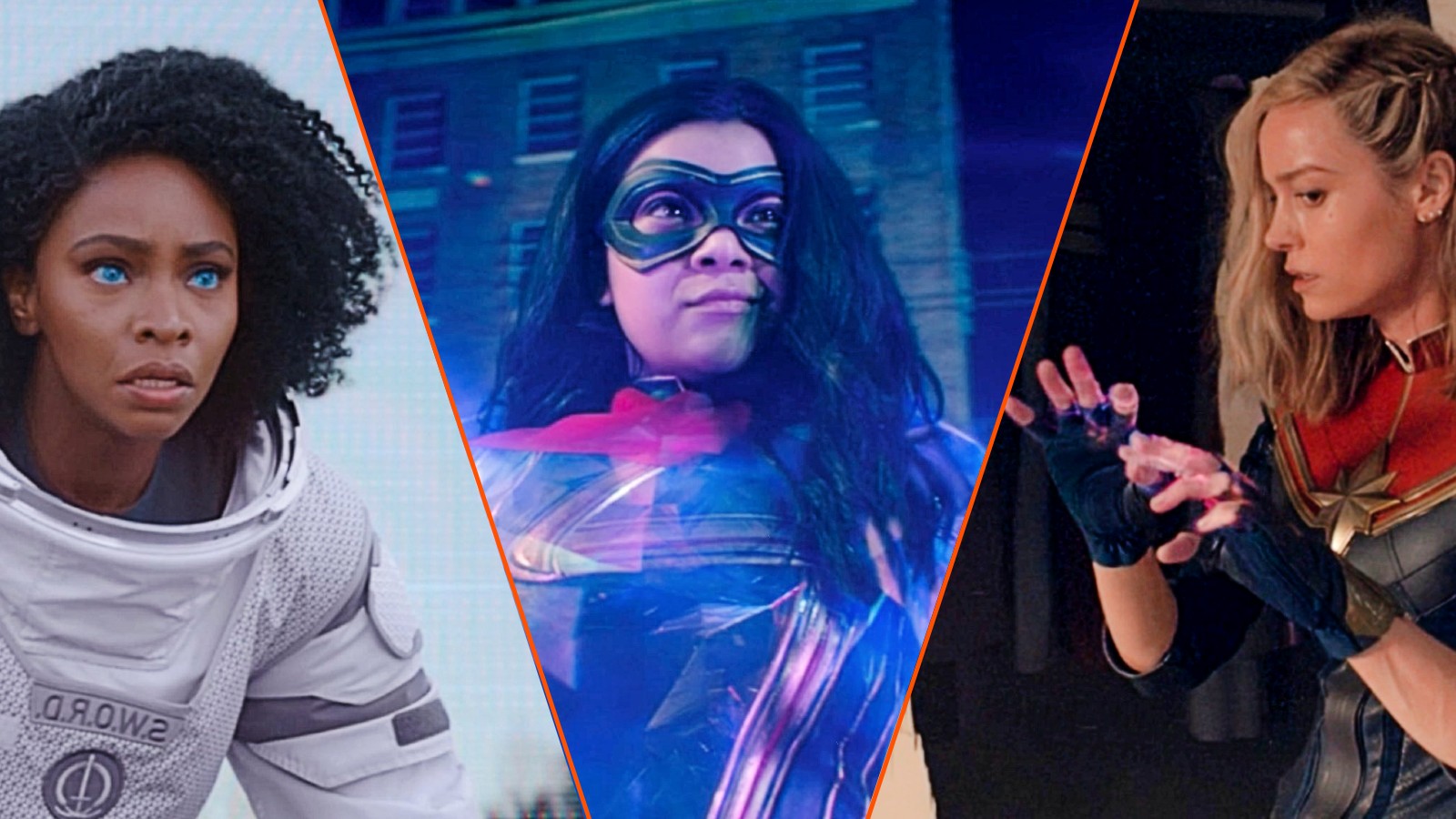 When The Marvels gets here next summer, we’re fully expecting novice superhero Kamala Khan to learn a lot from her biggest idol, Carol Danvers, when the two heroines finally come face to face. And maybe that will be the case, but off-screen, it sounds like Iman Vellani actually had a thing or two to teach Brie Larson on set of the Captain Marvel sequel.

IMDb caught up with Larson, Vellani, and the third part of their terrific trifecta, Teyonah Parris (WandaVision‘s Monica Rambeau aka Photon), at D23. During the chat, Larson was asked what she learned from working with the Ms. Marvel actress during production. Unsurprisingly, for anyone familiar with Vellani’s exuberant adoration for the MCU, the Avengers: Endgame alum admitted she learned “everything” about Marvel from the 19-year-old. Larson said:

Well, first of all, I learned how old Carol Danvers is. I didn’t think about it, didn’t pay much attention to it. And she teaches me, basically everything I know about Marvel is through her. She has immense, immense knowledge.

Larson didn’t stop there, though, also praising the way she was able to appreciate all over again how lucky they are to be making Marvel movies for a living thanks to Vellani’s unbridled joy at having this job.

As the title tells us, The Marvels will switch things up from Carols’ origins movie to focus on the three heroines together, something which Larson joked she was more than ready for. When asked how she felt about getting two teammates for her sequel, the Oscar-winner deadpanned that she was “so happy” because she was “so tired” and “just needed some help.” Larson also went on to say the pair taught her how “to be a better person and teammate,” and we’re not sure if that’s another joke or a hint at Danvers’ character arc in the film.

From director Nia DaCosta, The Marvels will march into theaters come July 28, 2023.