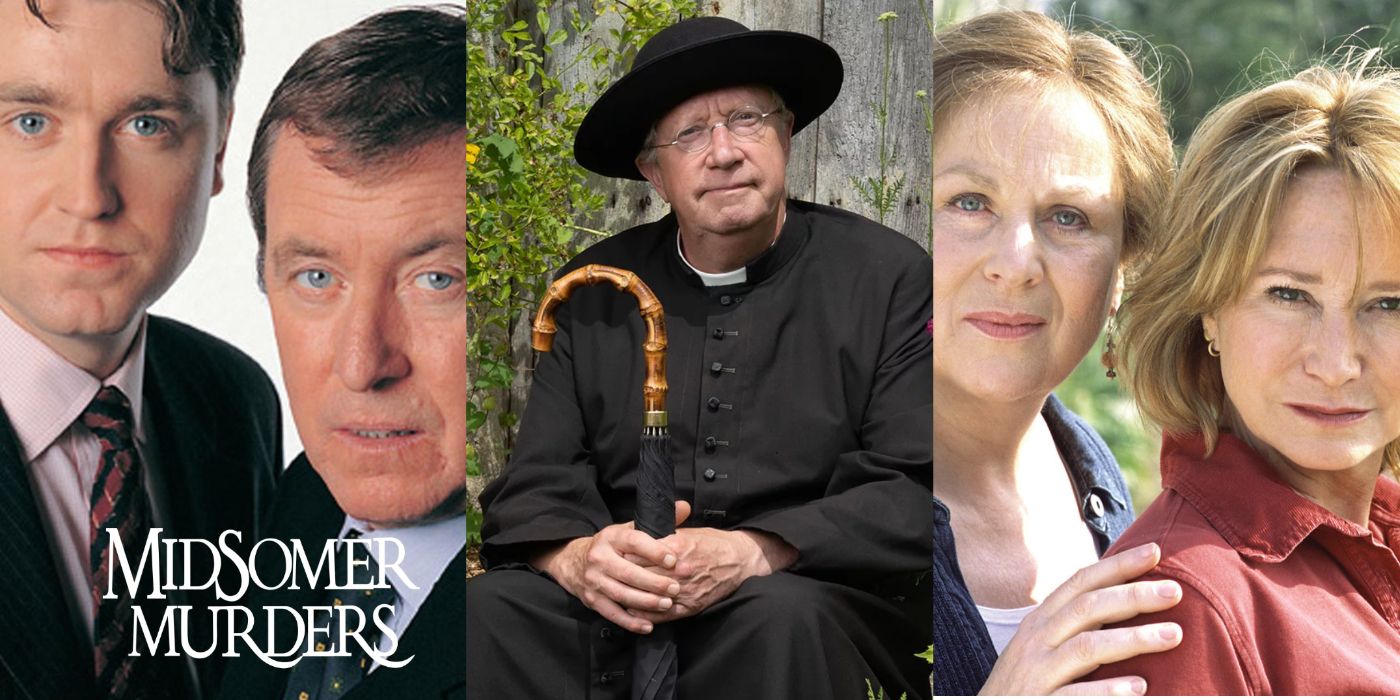 Though the genre has existed for decades, Only Murders in the Building has brought the so-called “cozy mystery” to mainstream U.S. audiences. To escape the doom and gloom of most shows, fans of the comfy subgenre have plenty of low-impact mysteries to help them get their TV fix.

From classics like Midsomer Murdersto newer hits like Brokenwood, the size and variety of the cozy mystery genre has grown in recent years. Though there are plenty of shows to choose from, users on Reddit took to the site to mention the comfiest and coziest mystery programs around.

Light but still entertaining, Father Brown combined two British television subgenres into a perfect mixture. User cardew-vascular praised the show and its spinoffs when they said, “Love father brown and the new sister boniface mysteries is growing on me”.

Not only is Father Brown a cozy mystery, but its period nature — the show it set in the 1950s — adds another layer of familiarity and comfort to the viewing experience. Though the intrepid detective character has been done to death, Father Brown being a priest adds an unusual wrinkle to the formula.

Despite the understatement, the hilarious tales of a former PR agent who turns to amateur sleuthing scratches the viewer’s itch for mystery and comedy simultaneously. Going for a second-hand embarrassment tone, Ashley Jensen’s turn as the titular Raisin is totally unlike anything that longtime mystery fans have ever seen before.

Turning the tropes from some of the best movies about private investigators on their ear, My Life is Murder took the typically dark genre in a cozier direction. User pgh9fan wanted the show to get noticed when writing “My Life is Murder … definitely deserves a nod … stars Lucy Lawless of Xena Warrior fame”.

While the crimes are decidedly un-cozy, the tongue-in-cheek nature of the show helps to soften the blow. The series balances its investigation drama with a fair amount of insight into the main character’s day-to-day struggles, which is where the familiar cozy tone really comes from. Lucy Lawless isn’t the typical cozy lead, but her performance is a nice contrast to the usual formula that the shows follow.

Having firmly established itself as a fixture of British TV, Midsomer Murder is also considered one of the best mystery shows of all time. User glittermaniac praised the sainted show when commenting “Midsomer Murders is a classic, the earlier series with John Nettles are amazing”.

Essentially setting the pace for all cozy mysteries to follow, the show concerns a veteran detective and his young partner as they investigate murders in Midsomer county. With a wide-open premise, the series has gone in several directions over the years without sacrificing its comfortable feel. Of all the shows to start out with in the genre, Midsomer Murders is certainly the standard-bearer of quality.

The Australian period piece concerned a young doctor who returns to his hometown to take over as the police surgeon. His job naturally leads him to a series of foul-play-related murders, and the entire experience has a warm and cozy feel. Beautifully shot, and relying on its strong setting, the series is a feast for the eyes as well as the mind.

While most police procedurals push the boundaries of forensic science to its limits, Murdoch Mysteries turned back the clock to the dawn of the art form. User 7237R601 couldn’t help but mention the show, writing “Murdoch Mysteries … Canadian show and it is amazing”.

In the 1890s, a forward-thinking detective uses state-of-the-art techniques to solve a series of horrific murders. European countries don’t hold the monopoly on cozy shows, and Canada certainly put forward one of the best with Murdoch Mysteries. Many of the best episodes of the show find a strong balance between the scientific aspects of crime solving and the character-driven narratives that make cozy mysteries so appealing.

The classic works of author Agatha Christie were adapted numerous times for British TV, and the 2000s series Marple was a highlight. User IsHeFromGabon analyzed why they liked a show when writing “There’s something about watching episodes of Miss Marple. Generally interesting but not taxing”.

Perfectly summing up the genre as a whole, the user’s assessment of Marple is the exact reason so many viewers love it. The legendary grand dame of crime is once again brought to life in the series, and the familiarity of the scenarios and settings helps to make things all the cozier.

Cozy mysteries are often tied to their locations deeply, and the setting can make or break a show in the long run. User RegularSizedP wrote familiarly about The Brokenwood Mysteries when saying “Brokenwood is my favorite murder mysteries right now”.

Set in the typical small town of most cozy mysteries, Brokenwood is as much about the denizens of the town as it is about the murders. Even so, the episodic nature of the show allows for light and breezy viewing with every episode standing alone on its merits without a larger overarching narrative.

Set on the aforementioned island, an English and German detective work together to solve a series of crimes that plague the town. The gorgeous vistas of Spain somehow still manage to be just as warm and inviting as the familiar locations of other shows, and the clash of cultures between the leads is a nice touch. Despite only having two seasons under its belt so far, The Mallorca Files is certainly going to become a classic of the genre.

Perhaps the coziest of all cozy mysteries, Rosemary & Thyme has rarely been matched in its fuzzy warmth. User powerpuffgirl3 tried to explain the show when they said “Rosemary and Thyme…is more for an older audience and I love it”.

Though some would probably disagree with that assessment of the show, few would argue against its quality. The series concerns a pair of gardeners who often find themselves in the middle of mysteries that require their unique sleuthing skills to solve. Light on stakes but heavy on charm, the series is the perfect show to accompany a rainy day or cold winter evening.

NEXT: The 10 Best Plot Twists In Only Murders In The Building Season 2