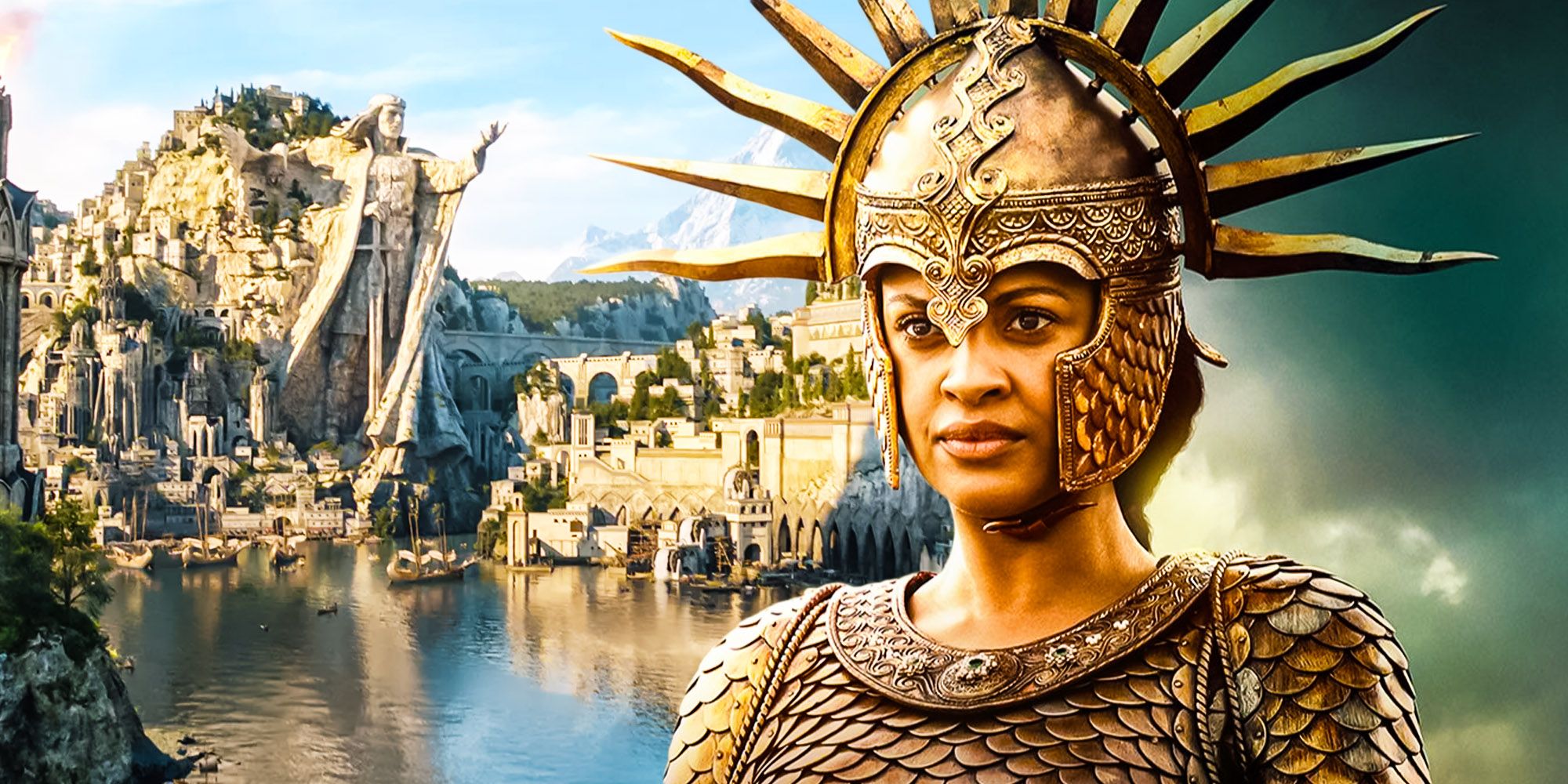 Warning: spoilers ahead for The Rings of Power episode 4Míriel dreams a dream of dark days to come for Númenor in The Lord of the Rings: The Rings of Power episode 4 – here’s what her vision means. Cynthia Addai-Robinson’s Míriel presides over the island kingdom of Númenor when The Rings of Power‘s condensed Second Age timeline begins, albeit only as Queen Regent while her father ails in private. Episode 4 of Amazon’s Tolkien extravaganza (“The Great Wave”) begins with Queen Regent Míriel dreaming of her homeland being destroyed – large waves mounting the shores, spilling through streets, and washing away all signs of Númenórean civilization.

Confessing to Galadriel later in the episode, Míriel explains that she was shown a palantír vision by her father upon becoming Queen Regent. The mystic ball forecasted Númenor’s final day, where angry seas swallow the island whole. This image has haunted Míriel ever since, and it’s this vision she’s dreaming about when The Rings of Power episode 4 begins.

Related: Why Can’t Elves Go Back Home To Valinor In The Rings Of Power?

Most prophetic visions in The Lord of the Rings (indeed, the fantasy genre in general) are at least partially metaphorical. That’s not the case for Míriel, whose dream points to a very specific moment in J.R.R. Tolkien’s mythology. As the Second Age nears its conclusion, Númenor becomes increasingly divided between those loyal to the Valar and those angry at the Valar. Sauron takes advantage of this internal conflict to manipulate Númenor into launching a foolish invasion of Valinor – an insult that goes down as well as elf music at a Moria wedding. God himself intervenes, punishing his mortals by destroying the offending island, and Tolkien describes Númenor as being engulfed by a massive wave. There’s no mistaking it – Míriel’s vision depicts the future downfall of her home as orchestrated by Sauron and enacted by the mighty Eru Ilúvatar.

Amazon’s The Rings of Power laying foundations for Númenor’s downfall as early as episode 4 comes as a surprise given how much ground must be covered beforehand. Sauron still needs to return, build Mordor, forge the Rings of Power, wage war against the Elves, lose his war against the Elves, and get captured – all before his manipulation of Númenor can even begin. Realistically, Númenor’s destruction would’ve been (and maybe still is) expected for The Rings of Power season 3 or 4, assuming the full five-season plan is completed, so Míriel foreshadowing the tragedy already – and in an episode named “The Great Wave” – comes across unexpectedly premature.

Nevertheless, The Rings of Power strongly hints that Númenor’s decimation could happen sooner rather than later, since Míriel’s vision is just one of several clues pointing in that direction. The ruler who leads a Númenórean army to Valinor and seals the island’s doom in Tolkien lore is none other than Ar-Pharazôn, who begins The Rings of Power episode 4 riling up a crowd using nationalist rhetoric tinged with anti-elf sentiments. The seeds are already being planted for Pharazôn to seize control and begin merrily dragging Númenor to its destruction.

The Rings of Power season 1 is also wasting no time establishing Númenor’s cultural split. Míriel mentions “the Faithful” in episode 4, which is Tolkien’s term for Númenóreans who remain loyal to the Valar. The smiths Halbrand beat up in episode 3, meanwhile, are currently stoking the hatred and anger that will eventually boil over into a full-on assault against the Valar. The Rings of Power beginning the story of Númenor’s downfall so early (the island only debuted in episode 3!) is odd, no doubt, but perhaps an indication that the storyline will either be a slow-burner over several seasons, or that The Lord of the Rings: The Rings of Power is looking to quickly finish its Númenor material to reach more familiar territories such as Gondor sooner.

The Rings of Power continues Thursday/Friday on Amazon Prime.