HomeVideo10 Best Shows Like Tales Of The Walking Dead
Video 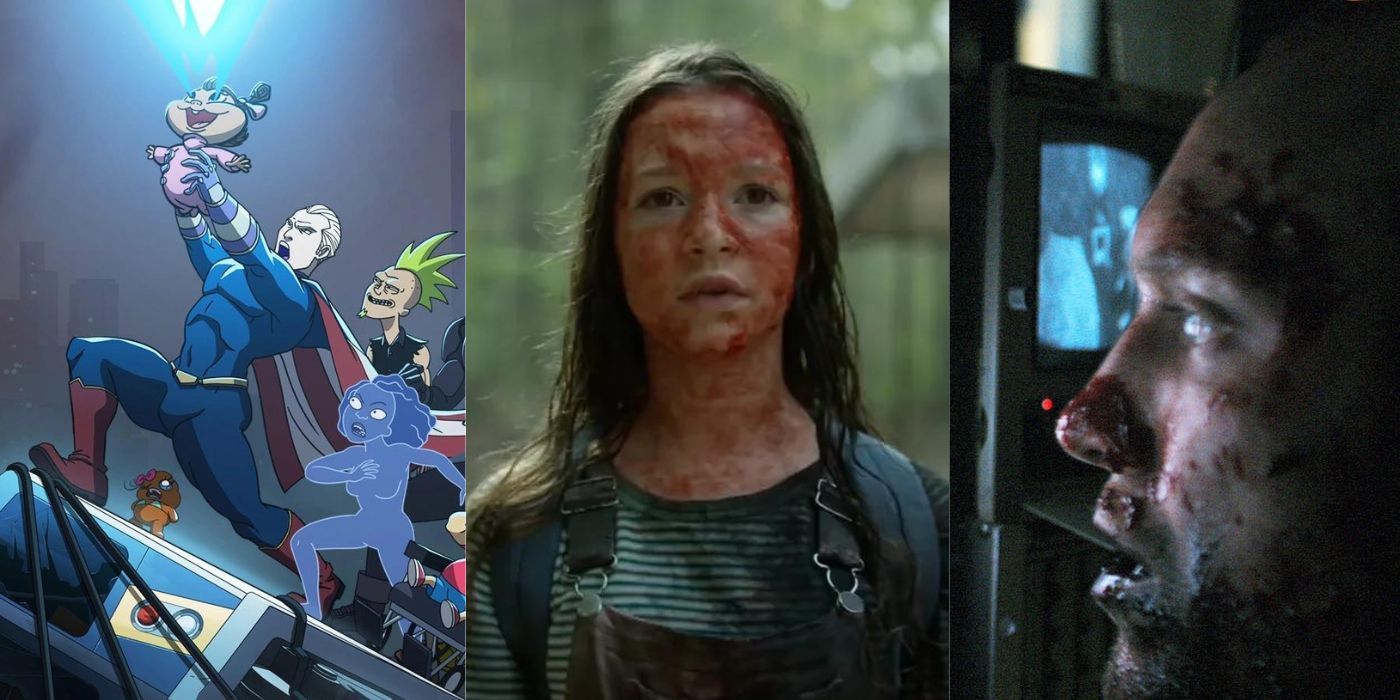 The ongoing anthology series Tales of the Walking Dead is the latest addition to The Walking Dead franchise. With a debut season of six episodes, the show brings guest stars such as Terry Crews and Olivia Munn for a humanized take on the zombie apocalypse.

Instead of focusing on high-octane zombie violence, each of the episodes focuses on the realistic concerns of the survivors as they try to make sense of the new world that they are trapped in. In this sense, Tales of the Walking Dead would lead viewers to check out similar horror anthologies as well as shows that delve into themes of survival and the human spirit.

When it comes to this year’s anthology shows, one of the most anticipated titles was The Boys spin-off aptly titled Diabolical. True to the hyper violent and satirical nature of the original series, The Boys: Diabolical presents supes from the original series along with new heroes and villains.

The tales of violence and superhero theatrics are definitely funny but also reveal the dark truths of a society where only a few can wield godly powers. Tales of the Walking Dead and Diabolical are ultimately fine examples of spin-offs that simultaneously work on original concepts while paying tribute to the source material.

A Big Brother-like show is in full swing as a zombie apocalypse creates havoc in the outside world. More chaos ensues when the zombie virus gets introduced in the Big Brother house. This is the whacky premise of Dead Set, a miniseries from the twisted mind of Charlie Brooker before he created the anthology series Black Mirror.

Dead Set‘s premise is quite a unique take on the zombie genre blending reality TV satire with good, old survival horror. This will impress fans of Tales of the Walking Dead who also explore new narratives with the anthology such as a man seeking out an online friend in the zombie apocalypse or two bankers caught in a time loop of their city’s destruction.

A high-tech future comes with its own quirky challenges. Through cutting-edge animation and enough dark humor, Love Death and Robots imagines this futuristic dystopia from multiple perspectives. Stories of robots, cybernetic humans, soldiers, and many more are explored while balancing multiple tones and narrative structures.

Tales of the Walking Dead is bound to make viewers check out more modern anthology TV series. And when it comes to binge-able anthology series on Netflix, Love Death and Robots is bound to be a popular pick.

Growing up as a high-school teenager is a tumultuous experience, more so when your world falls prey to a zombie invasion and the school is converted into a collection of Mad Max-style gangs. Navigating the unpredictable and humorous world of Daybreak is a fun experience for viewers who need a break from the intensity of The Walking Dead universe and other zombie television drama shows.

For the light-hearted segue that Daybreak provides, it is a must-watch for genre fans. Apart from the obvious overarching theme of survival, the story is filled with themes like young love and friendship.

Based on Guillermo del Toro’s novel trilogy of the same name, The Strain revolves around an outbreak of a viral strain of vampirism. As more and more people turn into zombie-like vampires, it is up to a doctor and a vampire hunter to assemble the survivors and find a solution to undo the strain.

Stylistically speaking, The Strain is reminiscent of survival shows like The Walking Dead. And for capturing the claustrophobic tension of a viral outbreak, it can also be enjoyed by fans of Tales of the Walking Dead.

When it comes to horror anthologies, Fear Itself is an undisputable classic from the 2000s. The short-lived, one-season series dealt with cases that evoked both true crime and paranormal themes. Some episodes were indeed reminiscent of actual serial killers from the past. Meanwhile, the troubled characters must not only deal with supernatural creatures but their own inner demons.

It is for this individuality that the show provides to the characters that would connect with fans of Tales of the Walking Dead. Just because the characters are caught up in a disastrous situation, some emotions like fear would be natural. But the other individual-specific experiences, that’s where the narrative can be explored further in a good anthology.

A spin-off anthology spawned from The Purge movie franchise, the TV series finds a totalitarian party regime ruling America in the not-too-distant future. As different dwellers of a city try to combat the new changes, a messiah-like figure emerges in the shadows.

What started out as a celebration of hedonistic violence for a day in the first Purge movie has turned into a full-fledged political thriller with this TV adaptation. Just like Tales of the Walking Dead, The Purge adds a new individual-centric dimension to its source material while retaining the larger atmospheric tension of the original.

People in the past have had an unhealthy obsession with folklore figures such as witches, demons, and others. Much like the podcast of the same name, Lore follows an anthology format to explore such historical cases incorporating both documentary footage and cinematic reenactments. The focus lies on notorious serial killers, eccentric supernatural experiments, and a lot of unexplainable real-life phenomenon.

The way Lore bridges the gap between reality and fiction with multiple elements is what makes it stand out from other horror anthologies. If fans found Tales of the Walking Dead to be a unique anthology, they will be in for a treat with Lore.

Stephen King’s books and short stories have heavily influenced Hollywood with some of the finest adaptations in the supernatural and psychological horror genre. Castle Rock is set in the titular fictional town and breathes life to some of King’s iconic stories with the characters existing in a shared universe.

The effortless intertwining between recurring characters and themes makes it an efficient anthology while also furthering a common thread. All in all, it is yet another unconventional horror anthology, serving as a good follow-up watch to Tales of the Walking Dead.

Being one of the last humans on a dying planet can obviously be a lonely experience. The existential comedy The Last Man on Earth explores such themes of solitary living as the titular last man searches for survivors in an otherwise hopeless world. Dabbling in observational humor and immersive world-building, viewers will have a heartwarming experience exploring this dystopia with the protagonist.

So far, three episodes of Tales of the Walking Dead have aired and all of them deal with different dimensions of post-dystopia existentialism. Be it finding someone that you love or saving your loved ones from disaster, there are several motivations for survival in a world where you might just be the last one living.

Next: Tales Of The Walking Dead – 10 Places Where You’ve Seen The Cast Before

How to Start a Software Company