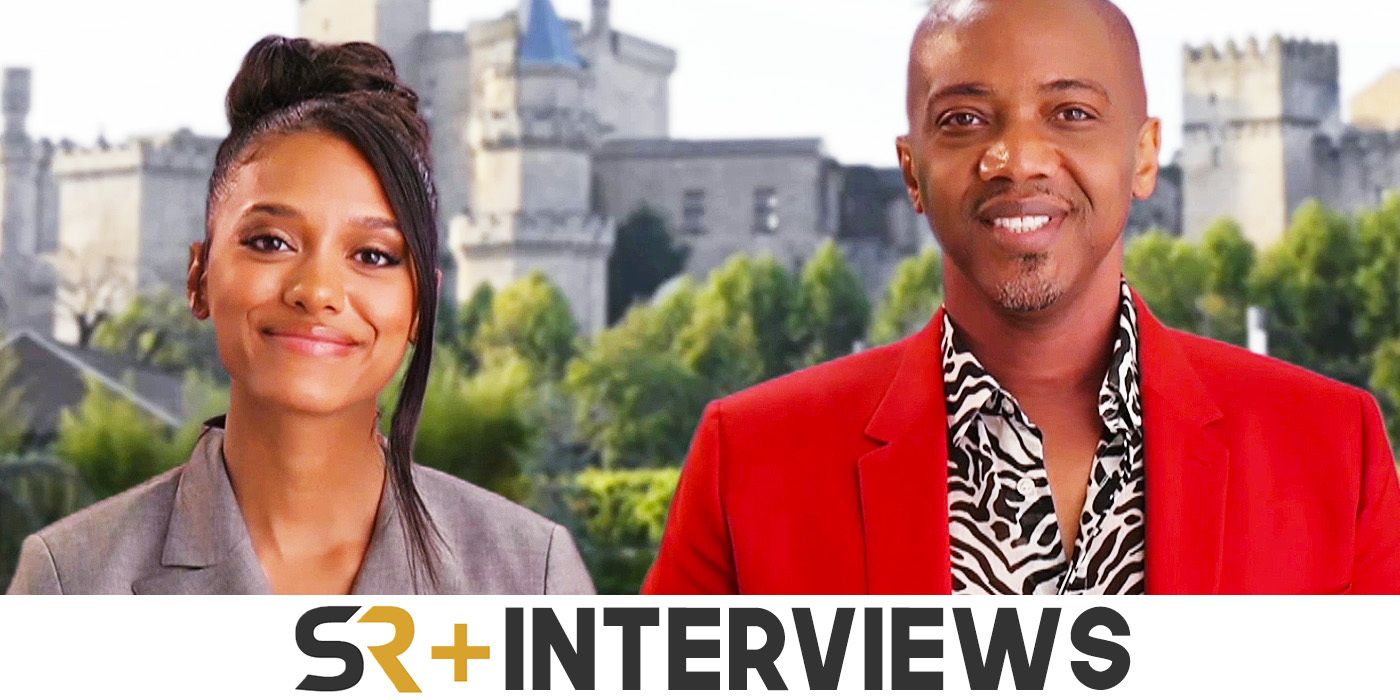 Richelle Mead’s bestselling young adult book series, Vampire Academy, which has been adapted for television by Julie Plec and Marguerite McIntyre, will soon be available to stream on Peacock. The first four episodes are set to drop on Thursday, September 15, with additional episodes being added to the streaming service weekly. Staying true to the heart of the novel, the show centers around dhampir Rose Hathaway and her Royal Moroi best friend, Lissa Dragomir.

RELATED: Vampire Academy Guide: What Is It & How Does It Compare To Vampire Diaries?

Screen Rant chats with actors J. August Richards and Jonetta Kaiser about filming in Spain and their favorite character from the series.

Screen Rant: J. August—what jumped out at you when you first read the script for the show?

J. August Richards: What first jumped out at me was my character’s passion. We live in this underground vampire society that’s very steeped in classism. And so my character is a Royal Moroi vampire, which means I’m the head of one of twelve royal families. And my daughters are adopted, and therefore they’re not given Royal status. And so because of that, my character is very passionate about change in our society. And I loved this concept of playing like a politician in this vampire society. That really jumped out at me and I think that’s what makes the character really compelling.

Screen Rant: Jonetta, I wanted to ask you the same. Is there anything about Sonya that made you really want to play this character?

Jonetta Kaiser: So she’s kind of a loner, she’s to herself. She’s like the odd girl out, and I was really shy growing up, so that definitely made me want to play her more—to dive into that.

Screen Rant: What can you tell us about the academy? Because it definitely isn’t an average school where they’re studying Math and Science.

Jonetta Kaiser: Well, it runs at night. Obviously, vampires. It’s a beautiful school—it’s a beautiful campus. They built everything that is there. It’s insane.

J. August Richards: And it was built in a monastery, I believe. This castle you see behind us, it would be in front of us if we were literally there right now, but it was kind of transformed from an old monastery. And you know, that monastery has got to be from the 15th century. So the look of the show is like nothing you’ve ever seen before. We shot in churches and estates that are so old and beautiful. The costumes, the props, everything. So it’s a world like you’ve never seen before.

Screen Rant: You traveled to Spain to film this series. How was it? Was it a cool experience?

Jonetta Kaiser: Yeah, definitely cool. We had to learn Spanish. So we all speak some sort of Spanish…Spanglish. It was fun, though. It’s very cold. It’s very north Spain, so very cold. That was kind of a shock. You think Spain, you think warm. I do.

Jonetta Kaiser: Spain is one of the only places in the world I’ve wanted to visit.

Screen Rant: How long ago did you film? Are you already wrapped on the first season?

J. August Richards: We actually shot in Portugal, as well.

J. August Richards: Yeah, I’ve never been to Portugal and that was a real education. You know, for me, I learned so much about history and art and everything. It was profound.

Screen Rant: I am very curious as to who your favorite character is. You are allowed to choose yourself if you want to!

J. August Richards: Oh, my favorite character is the queen.

Jonetta Kaiser: That’s a good one.

J. August Richards: I love the queen. Pik-Sen played the queen, and she was spectacular, her costumes were spectacular. And you know, there’s no substitute for experience. And watching her work was like a masterclass. I learned so much from her.

Jonetta Kaiser: You know, I think my favorite characters are the Strigoi, because we don’t know anything about them. And they’re so scary.

From executive producer Julie Plec comes a story of romance, friendship, death, sex, and scandal. Vampire Academy is based on a series of young adult paranormal romance novels by international bestselling author Richelle Mead. In a world of privilege and glamour, two young women’s friendship transcends their strikingly different classes as they prepare to complete their education and enter royal vampire society. This serialized and sexy drama combines the elegance of aristocratic romance and the supernatural thrills of the vampire genre.

Check out our other interviews for Vampire Academy as well:

The first four episodes of Vampire Academy will be available to stream on Peacock starting Thursday, September 15, with the following episodes added weekly.