Best Con Artist Movies, From Ocean’s Eleven to The Producers 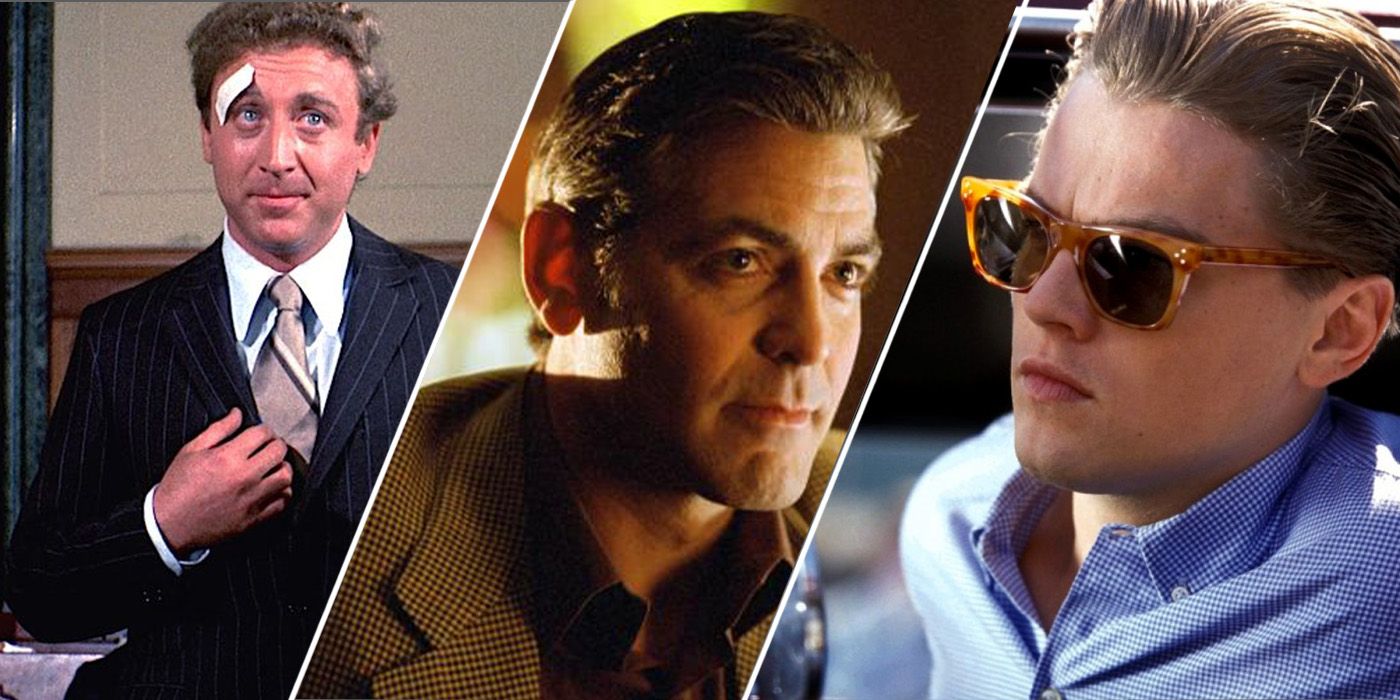 For viewers who love to outsmart the characters on screen, no experience is quite like that of figuring out a swindler’s plan only to fall into their trap. Films featuring con artists tend to make the viewer think, interacting with the audience by challenging them to a battle of the wits — or, there’s always the option of sitting back and allowing yourself to be conned, which is just as much fun.

From timeless classics to modern hits, these 12 movies showcase the best hustlers, thieves, and swindlers on the big screen, whether their cons occur in a casino, a dream, or an overly complicated string of stings.

When one of Dom Cobb’s (Leonardo DiCaprio) previous marks, Saito (Ken Watanabe), recruits him for an impossible mission — to implant (incept) an idea into a mark’s mind. Cobb takes the job with the hope of seeing his family again. In order to accomplish the complicated art of inception, Cobb builds his elite team: his extractor partner Arthur (Joseph Gordon Levitt), an architecture student Ariadne (Elliot Paige), identity thief Eames (Tom Hardy), and drugs expert Yusuf (Dileep Rao). As they weave together their plan, Cobb hides details from his ex-wife Mal (Marion Cotillard), who is intent on ruining the mission. The team delves deeper into layers of dreams to achieve their goal — the only limit is the imagination.

Running cons is a dangerous — and sometimes violent — game, as proven by the tangled relationships of long-time LA grifter, Lilly Dillon (Anjelica Huston), when tensions rise between her, her son Roy (John Cusak), and his con artist girlfriend Myra (Annette Bening). When Lilly finds Roy injured after an unsuccessful con, the three become involved in a deadly game of theft, long cons, and murder in this neo-noir crime thriller that will leave you guessing until the very last moment. With plenty of twists, turns, and backstabbing, there’s no way to know who will come out on top.

Sophisticated conman Lawrence Jamieson (Michael Caine) operates methodically and successfully. Posing as an exiled prince, he swindles thousands of dollars from wealthy and gullible women. But there’s a rival on the French Riviera, as amateur swindler Freddy Benson’s (Steve Martin) very presence threatens to ruin Lawrence’s established cons. Their animosity leads to a challenge: whoever cons $50,000 out of United States Soap Queen Janet Colgate (Glenne Headly) wins, while the loser must leave town. What follows is a competition for the ages between two silly swindlers who just can’t shake their pride.

Fresh out of prison, Danny Ocean (George Clooney) immediately contacts his partner in crime Rusty (Brad Pitt) with an ambitious plan for a heist: rob three Las Vegas casinos at the same time to exact revenge on his rival, casino owner Terry Benedict (Andy Garcia). Their plan necessitates the help of rookie conman Linus (Matt Damon) and eight other criminally gifted associates. As Ocean’s 11 plans the impossible heist, they risk being found out and killed by Benedict, who has already become involved with Danny’s ex-wife, Tess (Julia Roberts). What seemingly started as a triple robbery becomes intensely personal as the crew struggles to pull off their most impressive heist yet.

In 1930s Kansas, Addie Loggins (Tatum O’Neal) has become an orphan at 9 years old. With nowhere to go and no one to turn to, she ends up at the side of scam artist Moses Pray (Ryan O’Neal), who uses her in his cons. After some initial distrust, they become a successful pair of con artists — and though calling himself Addie’s father has become a staple in Moses’s cons, the found family relationship grows stronger with each job. They can’t always trust each other, but when they do, nothing can stop them from moving on to the next mark.

Talented conwoman Jean Harrington (Barbara Stanwyck) learned everything there is to know about running a con from her not-so-honest father, and she’s determined to trick wealthy heir Charles Pike (Henry Fonda) out of his fortune during an ocean liner voyage. What she doesn’t expect is to fall in love with the shy and naive Charles, and this unforeseen wrinkle causes plenty of complicated mayhem to ensue. In this screwball comedy satirizing the romance stories of the time, there’s no telling how such a strange (but lovable) pairing might go wrong.

During the Great Depression, obviously money is tight, and that’s especially true for down-on-his-luck conman Johnny Hooker (Robert Redford), after he flees for his life following a mix-up that involves a dangerous crime boss, corrupt cops, and a lot of stolen money. He seeks the help of retired conman Henry Gondorff (Paul Newman) to teach him the skill of the big con, in the hopes of exacting vengeance on the murderous crime boss Doyle Lonnegan (Robert Shaw) and corrupt policeman Synder (Charles Durning). The two underdogs must trick opponents on all sides if they want to come out on top — and avoid a bullet to the back.

Supposedly based loosely on the story of real-life confidence man Frank Abagnale (Leonardo DiCaprio), Catch Me If You Can follows a teenage con artist through many “lives.” Talented in the arts of impersonation and forgery, Frank is continuously one step ahead of FBI agent Carl Hanratty (Tom Hanks). The law chases Frank through multiple aliases and across countries (and years), as he fools countless marks, finds love, and makes a name for himself as a fraud expert. True to the title of the film, he’s always on the move.

Agent Dave Kujan (Chazz Palminteri) is baffled by a New York case involving a ship fire that killed dozens of people and left only two survivors: a badly-burned mobster and small-time con artist Verbal Kint (Kevin Spacey). The crazy and convoluted story behind the fire and the deaths arise during Verbal’s interrogation, which gradually begins to shed light on the mysterious events of that night and crimes leading up to it. You never know who might be lying in this neo-noir mystery.

MIT student Ben Campbell (Jim Sturgess) is in a bind: he has been accepted into Harvard Medical School but can’t pay the tuition. The answer to his troubles just might arrive in the most unexpected of forms, as an MIT professor, Micky Rosa (Kevin Spacey), recruits Ben to his blackjack team. Together with fellow gifted students, Ben learns how to count cards and use subtle signals to “win” big money at casinos. This dangerous hobby may be lucrative, but the shady way of earning money may also become Ben’s downfall.

Broadway producer Max Bialystock (Zero Mostel) is way past his prime and has resorted to fraud in order to make ends meet. When his accountant Leo Bloom (Gene Wilder) audits his accounts, Max finds a potential way to make big money: if he and Leo can oversell shares on a play that is sure to be a flop, they can make more money than if their play had done well. With this plan in mind, they set out to produce the worst play in Broadway history, Springtime for Hitler. It’s a play that’s sure to be a bust — complete with an ex-Nazi writer — while Max and Leo get rich, the perfect setup for this satirical black comedy.

London conman Georges Thomason (Tom Georgeson) and his partner Ken Pile (Sir Michael Palin) are planning an extremely lucrative diamond heist. To pull it off successfully, they need the help of American grifter Wanda (Jamie Lee Curtis) and weapons expert Otto (Kevin Kline). But the heist is complicated by continuous backstabbing and double-crossing, with lies and secrets more numerous to count. This heist comedy proves that there’s truly no honor among thieves.