HomeVideo10 Biggest Emmy Snubs Of All Time, According To Reddit
Video

10 Biggest Emmy Snubs Of All Time, According To Reddit 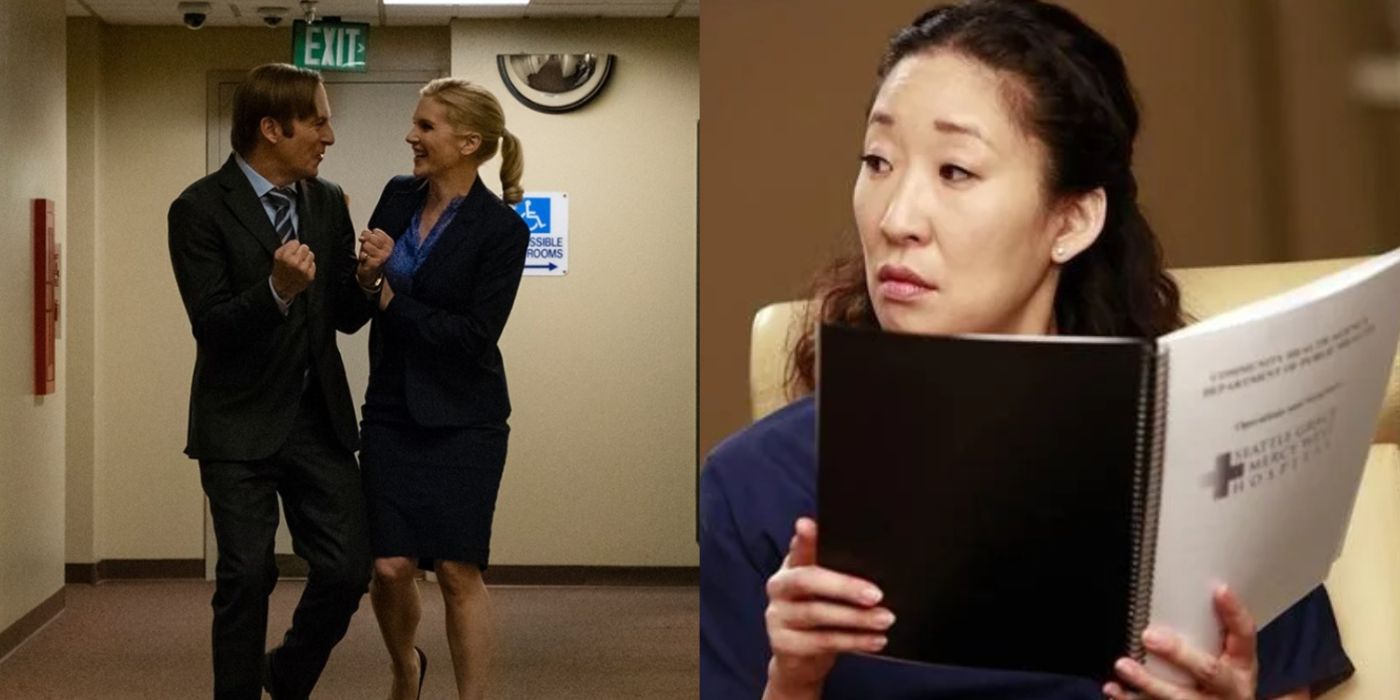 There was an uproar online following the conclusion of the 74th Primetime Emmy Awards, which all stemmed from the critically acclaimed AMC series, Better Call Saul, failing to win an award. The snub hurt fans more because the Breaking Bad spinoff has been nominated for 46 Emmys in total since its premiere back in 2015 but has never won a single one.

It’s indeed a surprise that a series that has been described as being even better than its highly decorated parent show failed to collect a single statue. However, fans can at least rest easy knowing that the injustice isn’t directed against the AMC series alone. Over the years, there have been several other major snubs, which Redditors are glad to point out.

UrNotAMachine feels “Steve Carell never winning for Michael Scott is also up there.” Carell got nominated 6 consecutive times but never managed to get the “Outstanding Lead Actor in a Comedy Series” accolade.

For a show that is considered one of the best sitcoms of all time, the lead actor does deserve to get at least a single Emmy, more so if his character is one of the most popular TV characters ever. And even though there are cases where the writing is better than the performances, that can’t be said for Carell, who has constantly proved himself in other projects he has been a part of. The actor has been nominated for just about every other award available, including an Oscar.

About shows that were unfairly snubbed, Czarcasm21 says, “Basically the entire main cast of The Leftovers (and the show itself).” The HBO series only got nominated once during its 3-season run.

With such snubs, fans are often left wondering what criteria the Television Academy uses to select the best shows and actors. It’s even more baffling because The Leftovers made the “Critics Top Ten Lists” every year from 2015 to 2017 but never won an Emmy. In the Television Academy’s defense, its decision wasn’t an isolated one. None of the other major award organizations saw it fit to sprinkle the supernatural drama with accolades. In total, the show only won 3 awards out of over 50 nominations.

When asked about the biggest snubs, abbu_d_slytherin thinks Sandra Oh should be up there. They write, “From Season 6 onwards there are so many great moments with Cristina Yang in which she was just amazing.” Oh was nominated 5 consecutive times for “Outstanding Supporting Actress in A Drama Series” but always left the ceremonies empty-handed.

Apart from playing one of the best cardio surgeons in Grey’s Anatomy, Sandra Oh can boast of being the show’s best-ever actor. Proof of this lies in the fact that no other cast member has managed to get the same award recognition that she has following her departure from the show. She has fared extremely well elsewhere, with the actor going on to win over 30 awards ever since she left the medical drama.

In a thread about Emmy snubs, OneGoodRib asks, “How does this not have Jon Hamm for Don Draper on it?” Hamm got nominated for “Outstanding Lead Actor in a Drama Series” a total of 6 times but being placed on the list was all he could manage.

Hamm was simply unfortunate to be up against Bryan Cranston in every year that he had a chance. His main competitor was phenomenal as Walter White and Breaking Bad had more fans. In any other circumstances, Hamm would have easily walked away with the trophies.

Shinbreaker simply writes, “The Wire by far.” The crime drama only ever got nominated twice, failing to win each time.

The HBO series is never missed in conversations about the greatest TV shows of all time, hence it’s confusing that the Television Academy constantly looked away from it. However, the show is considered a sleeper hit, gaining popularity years after it started airing, which explains why the awards never flowed in at first.

Sheen’s impressive resume makes a case for why he should have been recognized for what was his most popular resume. One of the most prolific Hollywood actors, Sheen has proved himself as not only hardworking but also good at his craft. The actor has 46 total nominations across the 250 movies and TV shows he has appeared in since 1967. On the brighter side, the Emmy sub won’t hurt so much because he has a stellar career to look back at.

ISellAwesomePatches thinks “Outlander should have won most of the awards they were nominated for.” The historical drama has 3 Emmy nominations in total.

Well, 3 might seem like such a low number to trigger any kind of furore but given that the awards were in the costume and production design categories, it all makes sense. Outlander has been widely praised for its period-accurate costumes and esthetically pleasing settings. It could be argued that the show should also have been nominated more times in the said categories.

RiggyTang names a couple of episodes of BoJack Horseman that deserved recognition, writing, “I cannot believe not one of “Time’s Arrow,” “Free Churro,” or “The View From Halfway Down” were able to win.” The animated series has been generally snubbed, even in the nomination stage.

Fans will be more upset about the fact that animated shows that have recently seen a dip in quality kept winning over the Netflix series. One good example is The Simpsons. Luckily, the judges at the Annie Wards were kinder to the show, nominating it every single year that it aired.

Costanza is undoubtedly one of the funniest TV characters but in Alexander’s case, the anger can’t be directed at the Emmys only. Despite constantly nominating him, the Golden Globes failed to award him too. The only other major accolade he got for that particular role was a Screen Actors Guild Award.

Charlie-2-2 has a rather creative take on the snub, writing, “They tell you, you got a chance, but I’m sorry; it’s a lie.” The Redditor’s words are borrowed from one of Saul Goodman’s best quotes where he consoles a young Ms. Esposito for missing out on the Chuck McGill Memorial Scholarship.

In 2022, the snub feels even more unfair in particular categories. For example, Succession, which won “Outstanding Drama Series” over Better Call Saul has recently been called out by both fans and critics for being too repetitive (via Slate). The Breaking Bad spinoff hasn’t been pelted with any major complaints whatsoever regarding performances or storylines, yet it’s still deemed unworthy

Next: The Top 10 Emmy Ceremonies Of All Time, According To IMDb