HomeVideoWhy The Cockroaches Are Inside The Guardians
Video

Why The Cockroaches Are Inside The Guardians 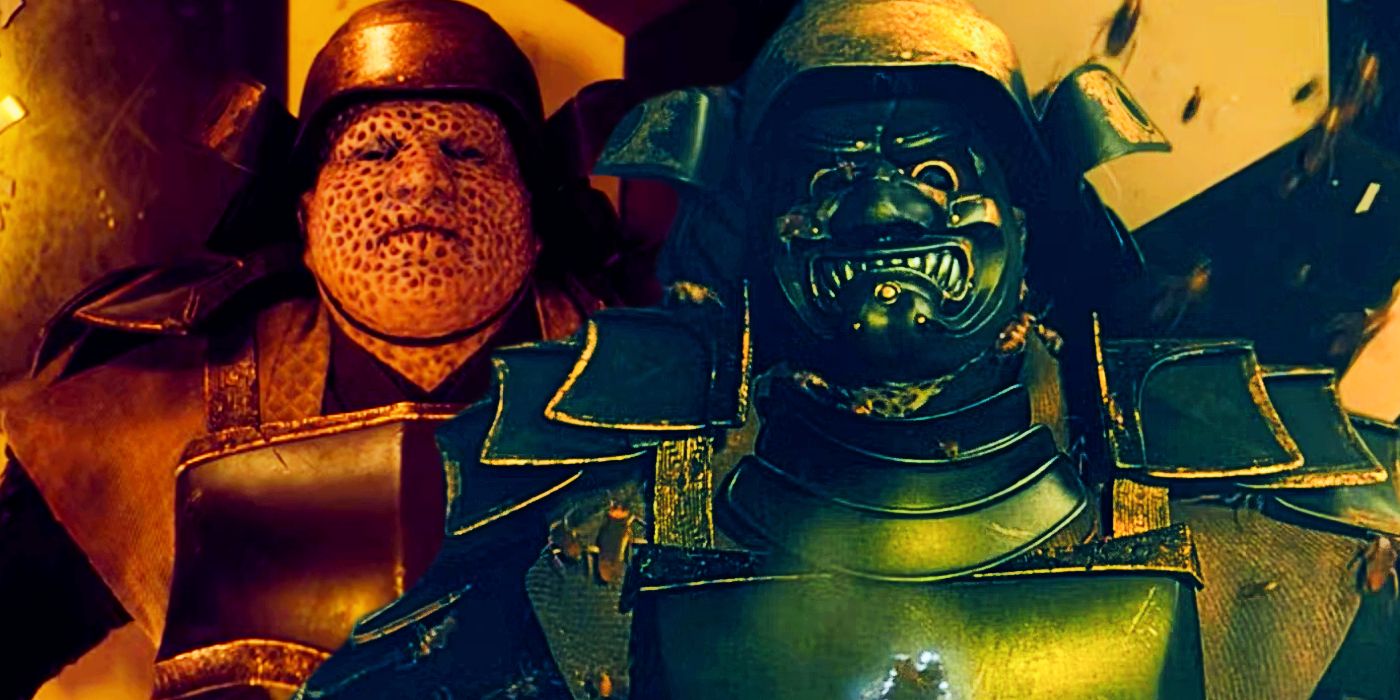 Netflix’s The Umbrella Academy season 3 introduces the Hotel Guardians, protectors of a dimensional machine who appear to contain an abundance of cockroaches. The season 3 finale reveals Sir Reginald Hargreeves’ plan for his students, to destroy the Guardians, so he may use the interdimensional machine to go to his ideal timeline. The Umbrella Academy is able to defeat the Guardians, but not without a fight full of close calls and secrets being revealed.

In The Umbrella Academy, Diego and Lila first encounter the Guardians via a passageway in the White Buffalo Suite as they search for Stan. In the deserted Hotel Oblivion, Lila steps on a cockroach, illustrating how they infest the empty building. However, the two learn they are not alone when Diego rings the bell and summons one of the Guardians, resulting in the loss of his two fingers. While the two manage to escape, this is far from the last time the Umbrella Academy face off against the Guardians – with a later encounter revealing the cockroaches reside within the bodies of the Guardians themselves in large numbers.

When the Umbrella Academy faces off with the Guardians in The Umbrella Academy season 3 finale, Hargreeves reveals the interdimensional machine is created by the creator of the universe from another dimension, making it clear the Guardians themselves are ancient at the point they’re shown in the series. Since the Hotel Guardians stand stationary for countless years on end, their bodies are a perfect place for cockroaches to nest, explaining why they would contain a number of the creatures. It’s even been theorized that the cockroaches may control the Guardians on some level themselves – as the finale appears to show the people within the suits are long dead and have their body marked by countless holes, and when the cockroaches reenter the body, the Guardian reawakens, suggesting a connection between the two.

What Are The Hotel Guardians & How Powerful Are They?

The Guardians appear to have once been people, now possessed by some strange power (and seemingly cockroaches) so as to protect the halls of the Hotel Oblivion – which makes sense, as having cockroaches be the source powering the Guardians would ensure that even when the main body is defeated, it is not permanently out of commission. While there is little known about the Guardians’ background, the terrifying beings prove to be a challenge for the super-powered Umbrella Academy. The Guardians tower over their victims, dressed in ancient armor with an array of weapons, including an axe, a sickle, and a samurai sword. While Diego loses his two fingers, Five loses an arm when the third Guardian falls through the ceiling and throws the sickle with accurate precision. This illustrates the Guardians’ reflexes and determination to destroy the Umbrella Academy. However, the Guardians aren’t invulnerable, and the Umbrella Academy take down more than one during the course of the show – suggesting either that they are stronger than the Guardians when not taken by surprise, or that the Guardians’ power has lessened as a result of being stationary for so many years at a time.

The Guardians’ supreme power may have been Hargreeves’ main opponent for his children, but season 4 promises new challenges for the Umbrella Academy. In a new timeline where Hargreeves rules, the group is forced to find their identity outside the academy. For Netflix’s The Umbrella Academy, a season without an impending apocalypse is new territory, but it shows that cockroaches aren’t the only organisms that can survive multiple apocalypses.