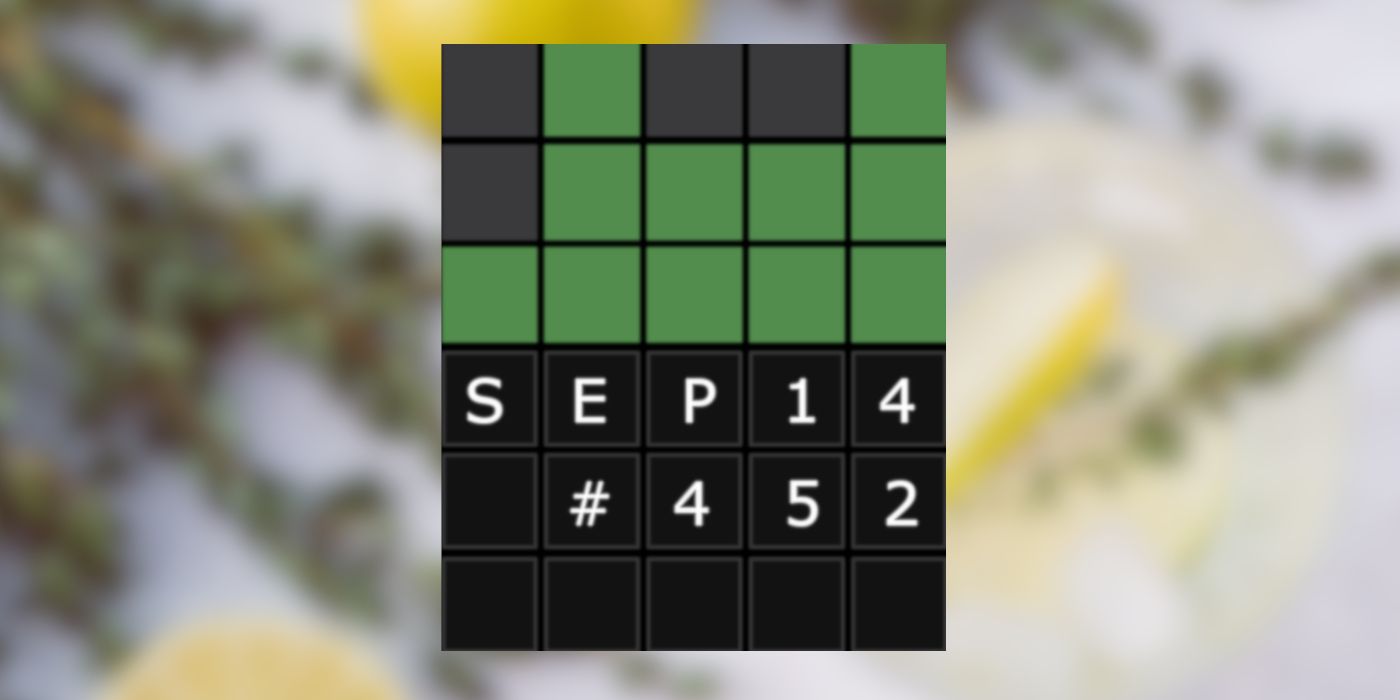 September 14th’s Wordle puzzle is a somewhat complicated word to solve, even though it is a popular ingredient used for cooking and medicine.

September 14th’s Wordle answer is bound to throw some players off who aren’t familiar with cooking ingredients or herbs. While today’s answer does not feature a repeating letter, it has a vowel towards the very end. Words usually consisting of vowels as the last letter tend to be harder to guess unless players discover the letter in their first few attempts. Solving today’s Wordle answer is no easy task, and it might cause some players to exhaust all of their attempts if they don’t discover the correct position of at least three letters in their first attempts. However, players might have better luck in such situations if they used Wordle‘s hard mode.

Seasoned players of Wordle tend to use the puzzle’s harder mode to solve complicated answers such as today’s solution. The mode itself is easy to understand as it does not let players use previously discovered letters in incorrect positions. This forces players to use words that feature confirmed letters in the same spot, making the puzzle slightly harder than the regular mode. However, many players don’t like to use the more challenging mode and prefer to use hints similar to crossword puzzles that do not spoil the answer.

Wordle uses the same rules as scrabble, where players are only allowed to use actual five-letter words. However, since players don’t know the letters in advance or have any additional hints, guessing the solution in six attempts is particularly challenging. This is where relevant hints that give a slight idea about today’s Wordle answer come in handy, as they might point players in the right direction. Hopefully, the hints below might help players discover the correct position of at least a few letters or the answer itself so they can maintain their daily streaks.

Solving today’s answer can be particularly tricky due to the odd placement of the vowel towards the end. However, if players use strategic starting words, they might be able to figure out their correct position. For example, the word ‘STORE’ manages to identify at least two letters from today’s answer, especially the correct position of the vowel. The next word, ‘THEME,’ which was also the answer for a Wordle puzzle from last week, revealed the correct position of four letters from today’s answer. Finally, knowing there was only one other five-letter word possible, we solved today’s Wordle puzzle with the word THYME.