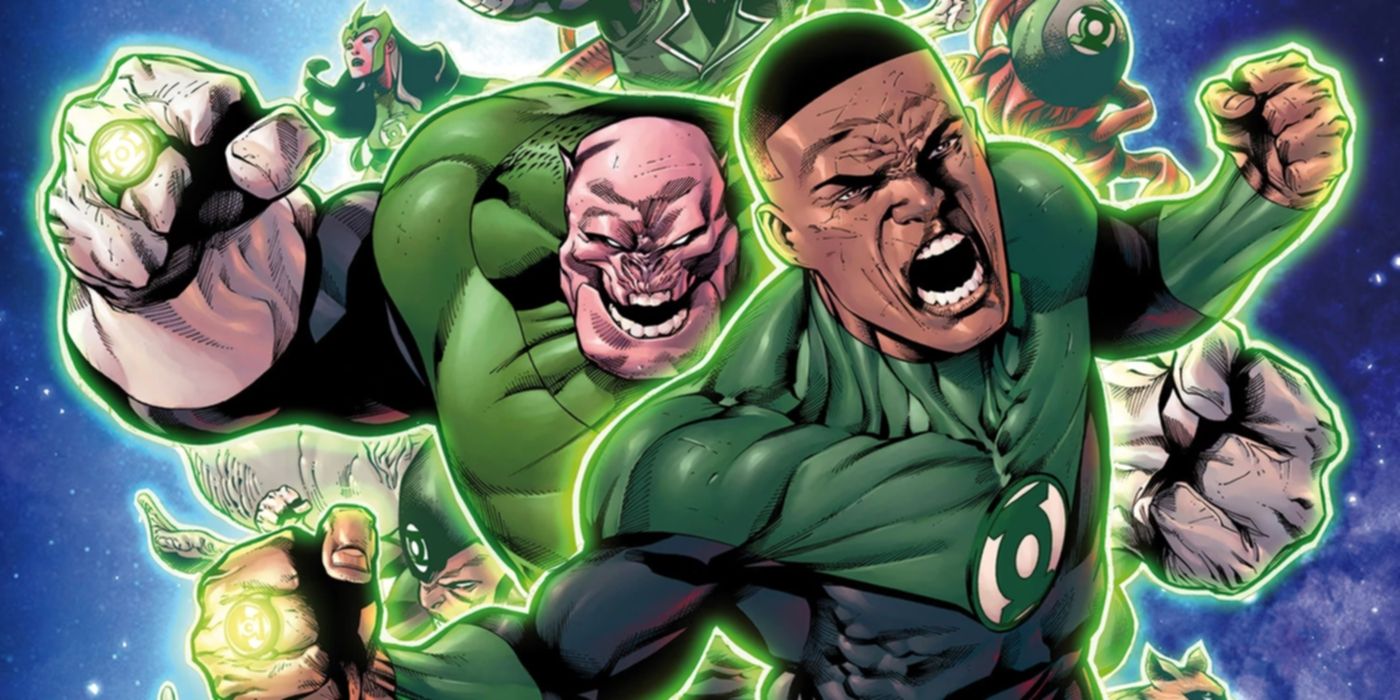 The Green Lantern Corps is so private that people would literally kill to join it and one fan reveals how the Corps’ exclusivity is a problem.

It seems that gaining membership to the Green Lanterns is so competitive, some people are actually willing to kill over it. One overly enthusiastic fan may have incidentally made the argument that the Corps’ high standards are actually a negative thing.

Few organizations in the DC Universe are as hard to get into as the Green Lantern Corps. With the responsibility of safeguarding over three thousand sectors of space and dealing with any potential threat within them, the Guardians of the Universe armed its forces with the Power Ring. Able to create anything its users imagine, a Green Lantern’s Power Ring is one of the most mighty weapons in the DC Universe. As such, only those with strong willpower are selected to join the Corps. Therefore, out of an inconceivable number of candidates, only a handful will ever be able to join the Green Lanterns.

Unfortunately, such exclusivity is bound to mess with the heads of those desperate to serve in the Green Lantern Corps’ ranks. In Green Lantern Corps #3 by Dave Gibbons and Patrick Gleason, the rookie officer Soranik Natu, along with Guy Gardner, has cracked the case on who has been murdering potential candidates for the Green Lantern Corps. Guy lures Prince Ragnar of the planet Betrassus, an admitted fan of the Lanterns, to Oa under the impression that he’s finally been selected to join the Corps. Unfortunately for him, it turns out to be a ruse, and Soranik and Guy reveal they know he’s behind the death of Green Lantern Myrrt. Using a poison to attack the fear center of Myrrt’s brain, Ragnar hoped to create a vacancy in the Corps that he would be able to fill after having eliminated the likeliest competition in his sector.

Essentially, Ragnar hoped to “reach the front of the line” as the Green Lantern Soranik Natu explained. The awful chain of events is only more unfortunate because of how much Ragnar loved the Corps, yet he completely misunderstood what the Lanterns actually stood for. The entire experience may have inadvertently made a point about how the small number of Green Lanterns could actually backfire on the organization.

It’s true that the Corps can’t risk handing out its rings to just anyone, as a powerful will is the most necessary requirement to be a Lantern. But what’s also true is that there are plenty of beings in the DCU capable of being Green Lantern Corps members than just a few thousand. Before he was ever an official member of the Corps, Guy was simply Hal Jordan’s backup even though Gardner could have been just as good a Lantern. This isn’t to say that Ragnar would have been worthy to be a Lantern had there been more spaces, but his intense envy may have been quelled if he had a better chance of getting in. At the very least, creating more spots in the Green Lantern Corps makes it less likely that such an event would happen again.

10 Best Portrayals Of Alice, According To IMDb