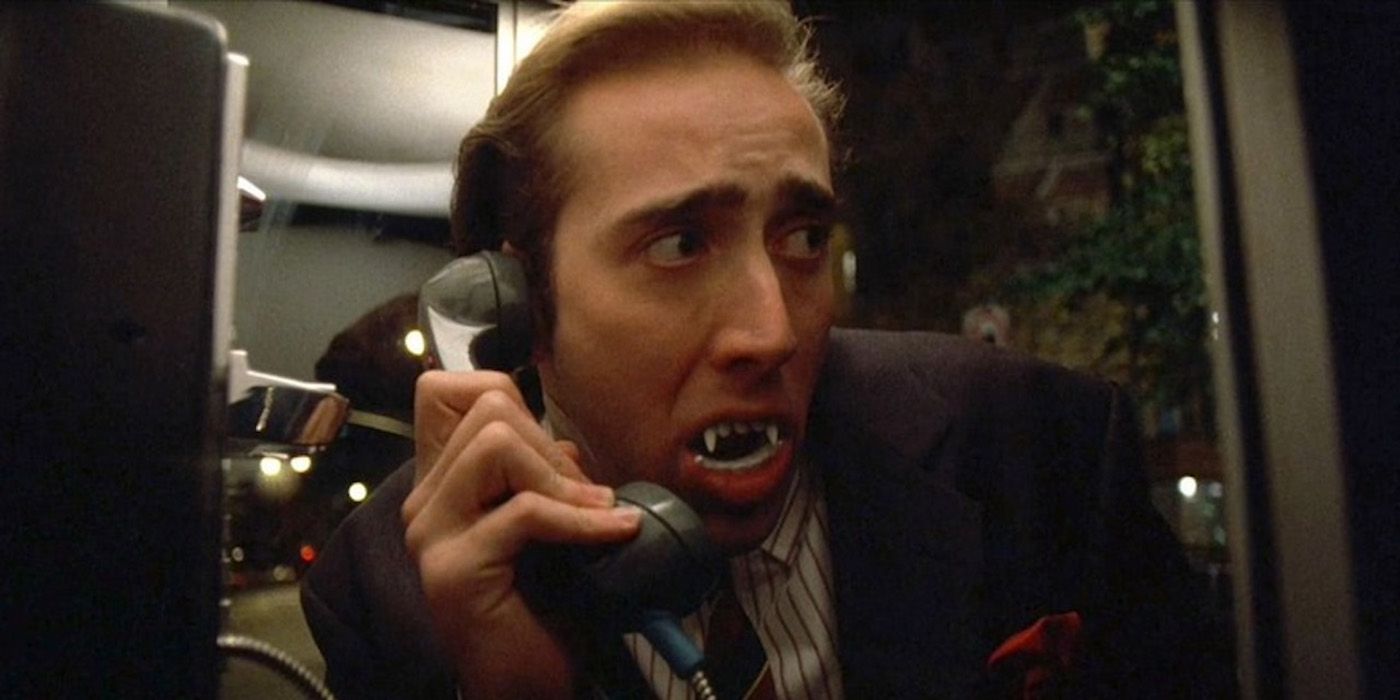 Nicolas Cage teases his inspirations for his Dracula performance in Renfield, calling it an “amalgamation” of things, including Christoper Lee.

While eagerly awaiting his turn as the iconic vampire, Nicolas Cage is sharing the inspirations for his Dracula performance in Renfield. The upcoming horror comedy shifts the spotlight to R.M. Renfield, Dracula’s devoted servant and familiar who is starting to question his life working under the legendary bloodsucker. Leaving behind his old life, Renfield heads to modern day New Orleans and falls in love with a traffic cop, though finds his future hopes hampered when Dracula realizes his absence.

X-Men alum Nicholas Hoult is leading the cast of Renfield in the titular role alongside Cage as Dracula, Awkwafina, Ben Schwartz, Adrian Martinez, Shohreh Aghdashloo, Bess Rous, James Moses Black and Caroline Williams. The horror-comedy hails from The Walking Dead and Invincible creator Robert Kirkman, Rick and Morty vet Ryan Ridley and The Lego Batman Movie director Chris McKay. With production having run from this past February to April, anticipation has been high for Cage’s performance as Dracula, namely after set photos revealed his interesting look as the vampire, and now he’s sharing further insight for his take on the character.

While speaking with Variety at the Toronto International Film Festival for Butcher‘s Crossing, Nicolas Cage looked ahead to the highly anticipated Renfield. When asked to give a tease of what audiences can expect from his Dracula performance the star shared some inspirations for his take on the vampire, citing everything from a “mid-Atlantic August Coppola accent” to being influenced by Christopher Lee. Check out Cage’s first Dracula tease below:

Interestingly, this isn’t the first time Cage has cited August Coppola, as an influence for his Dracula performance in Renfield, having previously said he would be channeling both his father and David Bowie for bringing the vampire to life. It should, though, come as an exciting tease for fans of the actor and the horror genre to hear that Cage is looking towards Christopher Lee for inspiration of his performance. Long before he would bring Saruman to life in the Lord of the Rings trilogy and Count Dooku to the Star Wars franchise, Lee made a name for himself playing Count Dracula in a variety of Hammer Horror movies, ultimately being considered as one of the most iconic versions of the character after Bela Lugosi’s 1931 portrayal and Gary Oldman’s for Francis Ford Coppola’s film.

Cage’s tease of looking to Christopher Lee as inspiration for his Dracula performance in Renfield could offer some further insight for this take on the character. Given the late actor’s turns as the vampire were in largely campy movies, it seems possible Cage could bring a knowingly tongue-in-cheek approach to the character. Only time will tell when Renfield hits theaters on April 14, 2023.

How to Start a Software Company