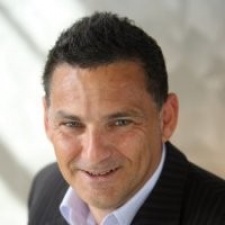 The Interactive Games and Entertainment Association is an industry association that represents Australian and New Zealand companies in the video game industry, they recently announced who the finalists are for their Australian Game Developer Awards.

Heading into its 20th year the AGDA will be celebrating the contributions of Australian game developers across 13 game categories as well as four personal studio awards. Over 40 games were set before judges for consideration including mobile titles such as Wylde Flowers as well as Puzzle Quest 3.

The 13 categories of the show span across a series of fields within the industry ranging from excellence in narrative, gameplay, and technical design to games as a service and of course a general game of the year award. The show also has an excellence in mobile games award with nominees Dream Hopper, Wylde Flowers, and Hot Lap League.

Other mobile highlights are the excellence in ongoing games (games as a service) category which has The Oregon Trail, It’s Literally Just Mowing, and Crash of Cars up for nomination. The most nominated mobile game of the event comes from Studio Drydock with their farming simulator game Wylde Flowers which has managed to see itself nominated in four categories, excellence in narrative, accessibility, mobile games, and the game of the year award.

The event will be held on Wednesday the 5th of October at 7 pm (Australian Eastern Daylight Time ) at The Forum Melbourne and will also be live streamed on Twitch via the IGEA Twitch channel.

Last year we reported on some of the figures behind revenue earned by Australian games studios.