HomeVideoRelease Date, Trailer, Characters, and Everything We Know So Far
Video

Release Date, Trailer, Characters, and Everything We Know So Far 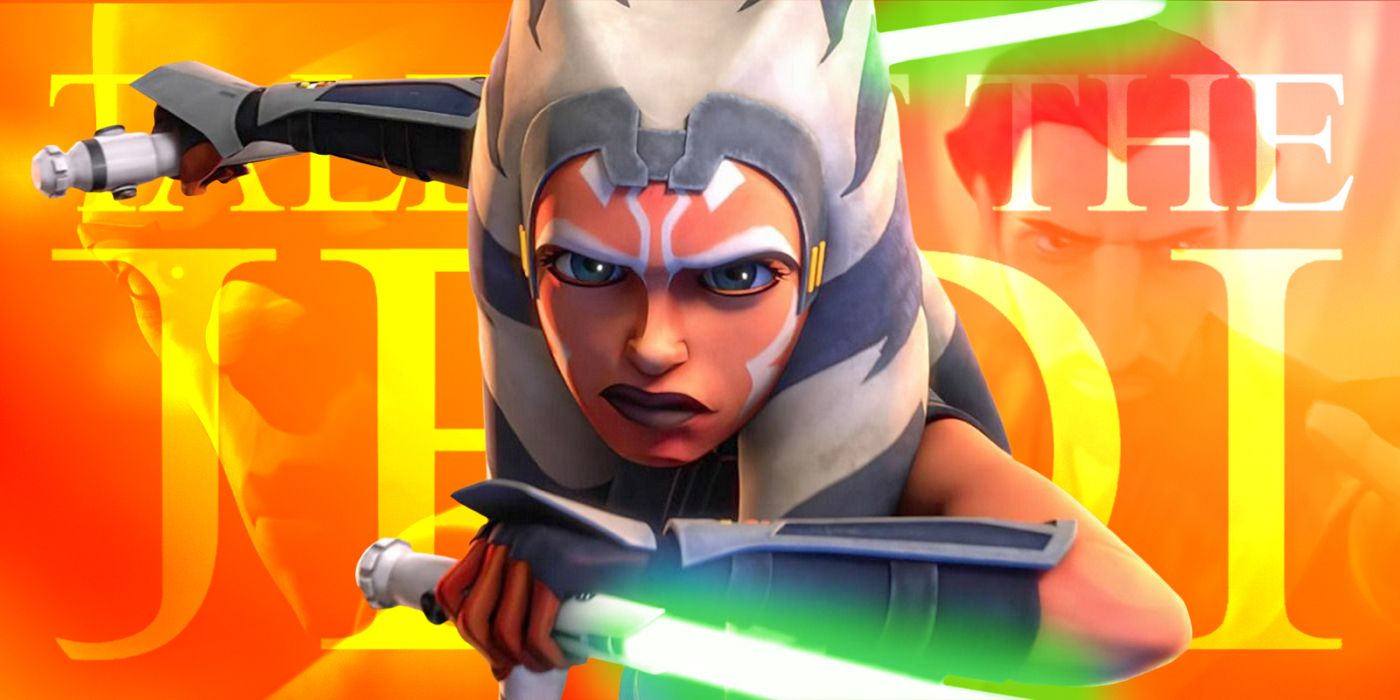 While shows like Star Wars: The Clone Wars and Star Wars: Bad Batch have done a lot to fill in the perceived gaps in the prequel trilogy, a few stories have yet to be told. The new series Tales of the Jedi, focuses wholly on the stories of two force-wielders, Ahsoka Tano and Count Dooku. Both of these people started their lives as devoted Jedi and yet their paths diverged from the Jedi way. This miniseries tells the story of how they became the characters we have seen.

Related:‘Tales of the Jedi’ Images Feature the Return of Beloved ‘Clone Wars’ Characters

When and Where Is Tales of the Jedi Coming Out?

Even as Disney has been changing around their Star Wars release dates, and with the delay of both Star Wars: Andor and Star Wars: The Bad Batch we have to hope that no further delays will happen. For the moment, the release date of Tales of the Jedi is Wednesday, October 26th. There are a total of six episodes with a rumored runtime of 15 minutes apiece. That will make for a total of an hour and a half. Luckily there won’t be much of a wait as all six episodes will be released on the 26th.

For those of us not lucky enough to have seen the first episode at the Star Wars Celebration premiere of the first episode or seen the Star Wars Celebration trailer, Disney has released a trailer online. The trailer is a healthy one minute and forty-four seconds long and shows scenes from most of the stories across multiple time periods. It also introduces a new Inquisitor that seems to be one of the major villains across the series.

Who Is in the Cast of Tales of the Jedi?

The cast of Tales of the Jedi still has some secrets left, but the cast we do know is stellar. Ashley Eckstein, the voice of Ahsoka Tano in Star Wars: The Clone Wars and Star Wars: Rebels is returning once again. She has become an absolute pillar of the new era of Star Wars, even as Rosario Dawson will play Ahsoka in Star Wars: Ahsoka. Janina Gavankar, the actress behind Star Wars: Battlefront II’s Iden Versio and Shiva in The League will be playing Pav-ti, Ahsoka’s Mother.

Liam Neeson, just recently coming off of his cameo appearance in Obi-Wan Kenobi will be once again reprising his role as Qui-Jon Jinn. This will be the first time we see Qui Jon as an apprentice to Count Dooku, before his fall to become Darth Tyrannus. We will also see Mace Windu working alongside Count Dooku, and Terrence ‘T.C.’ Carson will be presumably returning for his role as the voice actor of Mace Windu.

As for crew members, Star Wars veteran Kevin Kiner will be leading up the music. He is joined by Carrie Beck, producer of The Mandalorian, Star Wars: Resistance,and Star Wars: The Bad Batch,as well as Nathaniel Villanueva. Nathaniel Villanueva started as an artist for the earlier Star Wars series and then was promoted to Star Wars: The Bad Batch. The crew is rounded out by Dave Filoni, executive director of all Star Wars animated series and serves as a writer, producer, and director on the live-action shows The Mandalorian, The Book of Boba Fett, and the upcoming Ahsoka and Star Wars: Skeleton Crew.

Related:‘Star Wars: Tales of the Jedi’ Images Tease the Origins of Ahsoka Tano

What Do We Know About Tales of the Jedi?

The format of Tales of the Jedi is unique and spans multiple people and stories. So far we know that it includes stories from before Star Wars: The Phantom Menace and after Star Wars: Revenge of the Sith. Each 15-minute episode will be set in a different time period, most of them in a time period that we haven’t seen before. We know that most of the Count Dooku-related content is set while he is still a Jedi, and before his fall. We also know that it is while he is Qui-Gon’s master. This section will hopefully explain how he became convinced to leave the Jedi order and what pushed him along the way. They seem to include a few cameos from Legend’s content.

We have seen more clear footage from the Ahsoka side of the narrative. We see one example of a younger Ahsoka training with Dee Bradley Baker’sCaptain Rex, and Matt Lanter’sAnakin Skywalker. The scene of Ahsoka training with the clones seems like an eerie foreshadowing of Order 66. Next, we see Ahsoka attending Padme’s wedding and encountering a new villain. If you read the captions in this scene this new villain is identified as an inquisitor. In E. K. Johnston‘s book Ahsoka,we see Ahsoka fight an inquisitor and take the lightsaber’s crystals for herself. This could be the subject matter of the episode, or it could be a retcon for a new storyline.

We also have seen a few interesting faces that magically disappeared from the Jedi Council. Everyone loves Grogu and Yoda, but now we will be seeing another green face. We see Master Yaddle in the trailer, so we may get the answer to what happened to her and how Grogu came to the Jedi Temple.

What is the Future of Tales of the Jedi?

Opportunities for more stories like the Tales of the Jedi are plentiful in the Star Wars universe but for now, there has not been any announcement of further anthropology series. Many character stories could be told in this format and with so many larger Star Wars projects in the wings these short anthologies could fill in the gaps. So for the time while the impatient masses wait for their next dose of Grogu, these beautifully crafted stories could fill the gap.

Tales of the Jedi represents an opportunity for the audience to get to see never before seen stories that would previously be regulated to reside in comics and books that many may never read. Hopefully, this new series will not only give us an interesting new story but open up the gates for more stories like these to be seen by many.