Regina Hall Gives One of Her Best Performances in Girls Trip 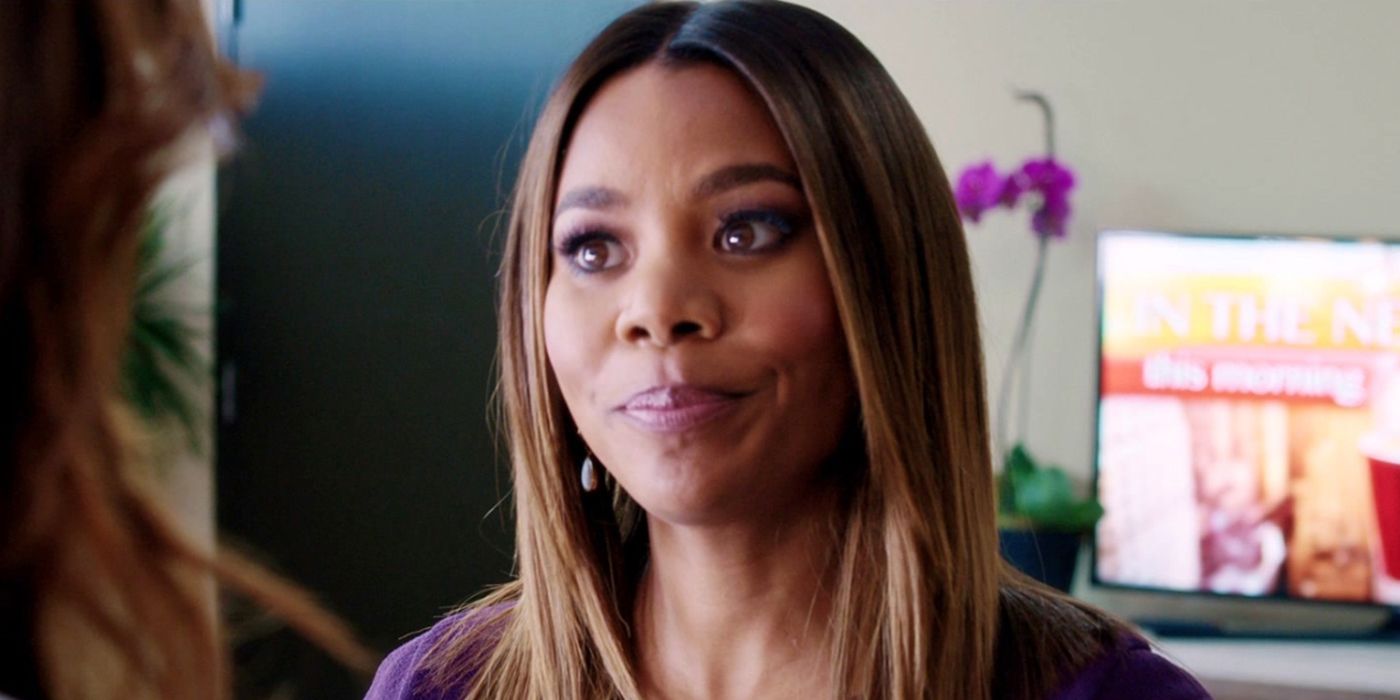 Regina Hall is an extremely talented actress that has starred in a variety of projects over the course of her career. She got her start in 1999’s The Best Man and garnered more attention through her supporting role in the Scary Movie franchise. From there she went into a different direction with her career for the most part by taking on more dramatic roles in films like Law Abiding Citizen (2009), About Last Night (2014), and When The Bough Breaks (2016). She’s always been one of the best at balancing humor and drama in her performances, which helped her achieve her best work to date in Malcolm D Lee‘s Girls Trip (2017).

As essentially the lead of the movie, she was finally able to step out in the forefront and really show her range as a performer. Many of her roles earlier in her career were usually side or supporting characters that usually didn’t have the depth of her character Ryan in Girls Trip. She was also able to portray the phony side of being famous, plus all the pressure and negativity that can come from stardom. She had some of the best moments in the film, while never overshadowing her co-stars outright.

Although there’s an ensemble cast for Girls Trip, Hall’s character of Ryan Pierce is definitely at the forefront of the story. While the other actresses in Girls Trip, like Queen Latifah and Jada Pinkett Smith, have some fantastic dramatic and comedic moments, none of them outshine Regina’s best moments.

One of Hall’s funniest moments comes from the sequence where Ryan and the girls attend the Essence after-party. Before they head out, Dina (Tiffany Haddish) spikes their drinks with some hallucinogenic substance that causes them to trip out at the party. Ryan is in the worst situation possible because she’s networking with an executive. She does a bunch of very silly and strange things too, like almost drinking a lit candle thinking it was a shot. The way Regina commits to the bit in that scene is comedic gold. You truly believe she is high on something and isn’t aware of her surroundings. She does all these silly things convincingly, which really harkens back to her Scary Movie days. While this film also was Haddish’s breakout role this really was a tour de force for Regina Hall as a seasoned performer.

RELATED: ‘Honk for Jesus. Save Your Soul’ Review: Regina Hall and Sterling K. Brown Shine in This Sharp Comedy in Search of Salvation

Another standout moment, but from a dramatic perspective is the monologue she delivers during her speech scene near the end of the film. Her character Ryan is supposed to be delivering a speech to this huge live crowd of predominantly females and is supposed to inspire hope plus independence. In the scenes leading up to her being at the event, Hall is selling all the inner turmoil with just facial expressions and mannerisms. She really sells the conflict her character is going through at that moment as a person that isn’t practicing what they preach. Then she delivers this incredible well written and heartfelt speech in such a poignant way that you can’t help but relate to what is being said on screen. The way Regina Hall delivered that speech shows the audience another side to her as an actress that has never been on display this way before in her other work. The audience can really connect to Ryan because they can identify with the issues she’s dealing with. Everyone wants to be strong and confident, but must find their own way to that point.

This performance showcases two aspects of Regina’s talent so well at the same time — her comedic timing and dramatic range. Literally in the same exact scene, she can switch between both tones seamlessly.

In the scenes where the group of ladies gets into a huge argument, Hall elevates that scene with her powerful screen presence. The scene starts off humorous as they laugh about what happened earlier, but it quickly changes into a much more serious scene. During that scene when all four of them start going after each other, Ryan continues throwing shade and brags about her success. Hall really sells a person that’s frustrated with her life and is taking it out on everyone around her. You can feel her pain, although she is in the wrong in this situation, but somehow, Hall manages to still make her likable.

Her performance really sells the conflict and bond they have as friends. Her co-stars aren’t slouches by any means, but Hall just really knocked it out of the park with every scene she was in. Another great moment in the film is when they’re riding on the zip-line. Regina is supposed to be drunk in this scene, of course, which she pulls off with ease. Then when her old love interest shows up she completely switches gears and goes into more of a flirtatious type of vibe. There is a lot of nuance to her performance in a role that seems more surface level at first. Especially as the plot goes along, she shows all the layers of the character in a way that none of her roles have done before. You see a more conflicted side of Ryan in the scenes with her husband that are pretty much void of her comedic charm.

Ryan Pierce as a character is written as a woman who has achieved a ton of success as an author and influencer. She’s very famous and wealthy, obviously, but has such a charm to her from the very first scene she’s introduced in.

When things pick up in the present during the film she makes herself seem so well put together and friendly all the time in front of the cameras, while also using her marriage to further her career even though her relationship with her husband is terrible. When she’s reunited with her girls she’s doing something similar, but not exactly the same. Her purpose for that is not as superficial entirely because she wants to be that person they remember while also someone brand new. Her whole slogan and title of her book was “You CAN have it all.”

Another great example of that aspect of her character is in the opening flashbacks sequence. Her voice-over really sells the story of her friendships with these women and all the fun they’ve had together over the years. Hall has such great chemistry with her co-stars no matter who she is sharing a scene with. Whether it’s a comedic scene with the other ladies or a dramatic scene with Mike Coulter, she elevates the other performer she’s working with.

In Girls Trip, Hall blended humor and drama in a way she had never done before which made her stand out from the rest of the cast. This cast all delivers good performances while Hall took hers to a whole other level. Her best moments in the film are the most effective moments because they really stick with you afterwards. Her character is definitely flawed, especially in the beginning of the film. It’s relatable though because we all have flaws or issues we’re working on which makes her arc universal.

We’ve all been down that road, so Ryan represents so many of us in a way. As an actress she isn’t always the lead character but in this film she proved when given the opportunity she can knock it out the park. Regina Hall has plenty of good performances under her belt, but this one will always stand out and has aged very well in the past 5 years. Regina Hall’s best performance of all time was definitely in Girls Trip and may go down as her best when all is said and done.