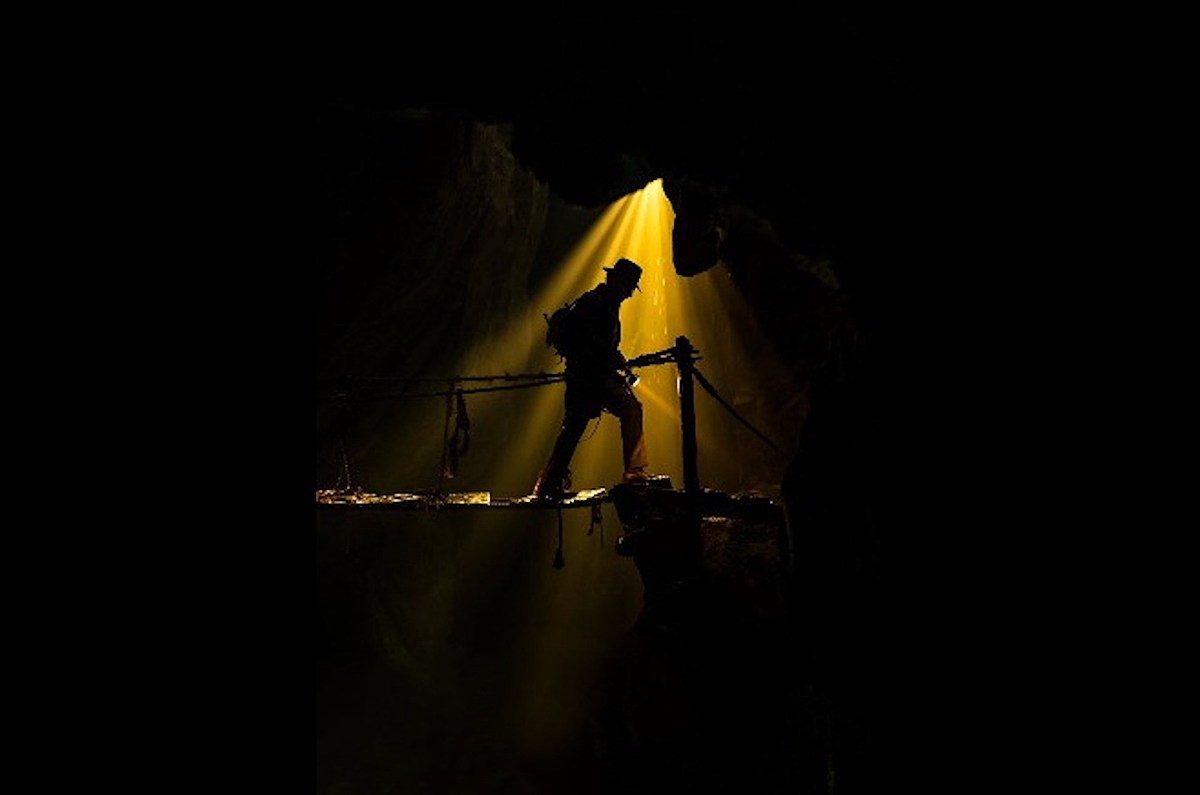 D23 kicks off today in Anaheim, California and promises to give us new announcements and teases of upcoming projects from across the Disney empire. Tomorrow afternoon (East Coast time) there’s a big panel for Marvel and Lucasfilm, but in the meantime, the Lucasfilm booth at the show has already given us our first look at the upcoming fifth Indiana Jones film, which was recently shot and is due out in theaters next summer.

Once again, the film stars Harrison Ford as everyone’s favorite adventuring archaeologist, and the only person left alive who is allowed to wear a fedora, Indiana Jones. Based on his costume, his fashion sense hasn’t changed much through the years…

And here are several more costumes on display in the booth, including the looks that will be worn by Phoebe Waller-Bridge (whose character is named “Helena”) and Mads Mikkelsen as the film’s villain. His costume definitely evokes the look sported by the evil Nazi Toht in Raiders of the Lost Ark…

Here’s some of the concept artwork on display in the booth. Although the film is not directed by Steven Spielberg — James Mangold of Logan fame took over directing duties — it still definitely evokes the style of the previous Indiana Joneses.

And here’s a closeup of one of the images, for some place called Hotel L’Atlantique, with Indy in the foreground left.

These comic-book movies aren’t just bad. They all took classic comic book stories and turned them into junk.