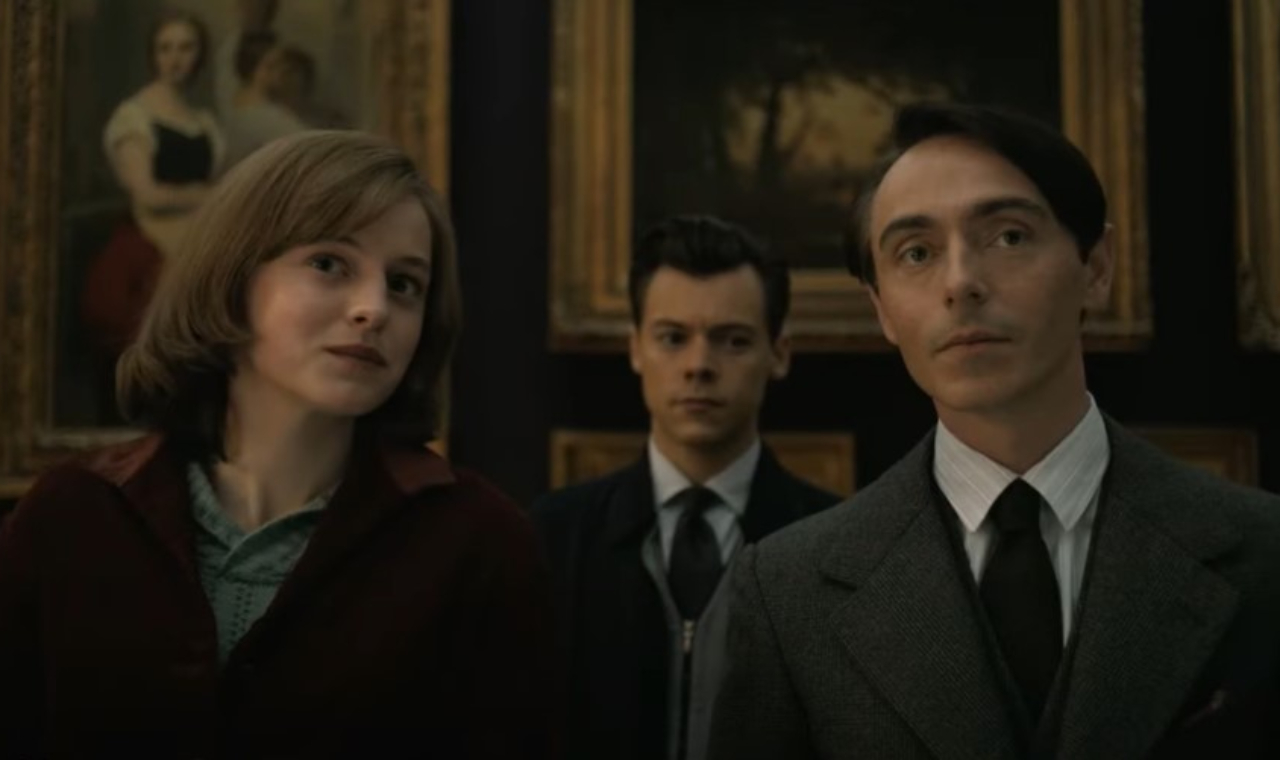 The first reviews are in for the latest Harry Styles film My Policeman, with opinions about the project distributed by Amazon and based on the novel by Bethan Roberts circulating on Twitter.

Over at Variety, Peter Debruge says while the story is tasteful, the modern moments slows down the far more livelier flashbacks set in the time period where homosexuality was illegal in the U.K. Although he does not say anything about Styles, the final lines of his report suggest the earlier cast is better than the older ones who are not as lively with their material.

Keep the Kleenex within reach — you’ll still want it. Just know that a more meaningful version of this story would have involved less time reading alone and more talking together.

At IndieWire, Ryan Lattanzio was more negative in his assessment. He says Styles’ onscreen peers David Dawson and Emma Corrin are a “quiet revelation” and “haunting” respectively, but there is a lack of chemistry between the pair and Styles. Lattanzio also says Styles does not give out complexity nor channels the stress of a closeted person during the films’ 1950s time period.

The way he seems to read his own movie suggests he didn’t understand the assignment. That’s reflected in a performance that registers as a blank beyond inscrutable gazes and sappy breakdowns. To play a repressed gay man involved in a steamy, behind-closed-doors affair requires levels of complexity and conveying inner turmoil that Styles can’t provide. There’s at least one good explanation for that, and all those who accuse the Brit pop star of queer-baiting know exactly what that is.

While Lattanzio is more negative towards the piece with Debruge being kind in a neutral sense, David Rooney goes for the middle in his piece in The Hollywood Reporter. Rooney writes the work is tepid, has minimal heat, but Corrin is better at conveying emotions on a minimal scale than Styles does and has a lot of interesting scenes.

Corrin is better, subtly revealing Marion’s unease when Patrick rolls up unannounced to cook them dinner on Day 1 of their honeymoon at an isolated cottage. She’s even more ruffled when she spies them embracing in the greenhouse, and later when Patrick contrives to take Tom as his ‘assistant’ on that museum business trip to Venice. ‘It’s unnatural,’ Marion spits out to a school colleague (Maddie Rice), who promptly reveals that she’s a lesbian and predicts that Tom won’t change.

My Policeman does not yet have an aggregate rating on Rotten Tomatoes as of this story’s filing. Analysis of reviews at individual sites suggests the piece is fine and will manage to avoid a critical conviction to movie prison, but does not have force behind it.