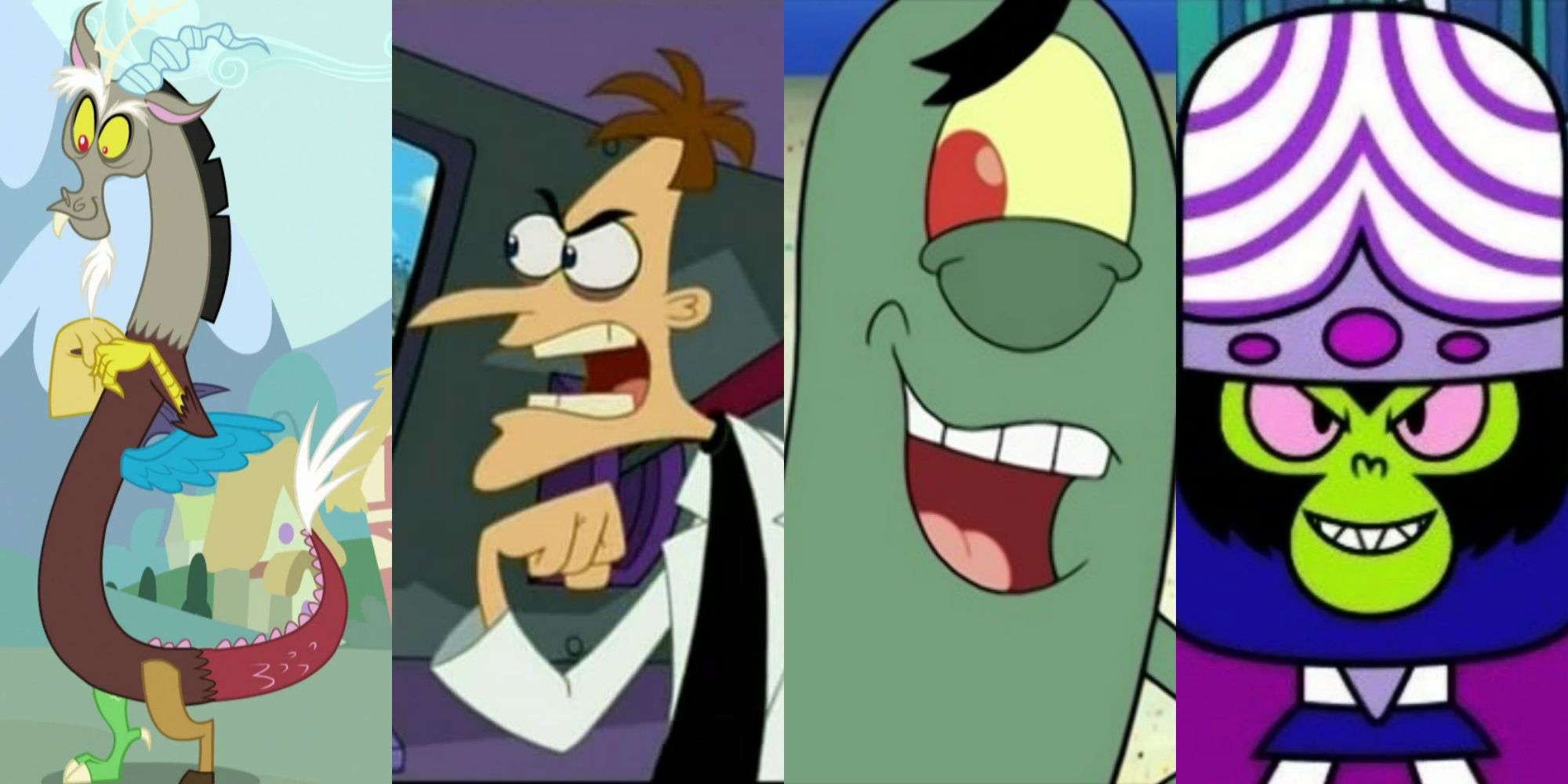 The villain. An essential character in nearly any story. Without a villain, the hero would either be lost or non-existent. It takes effort from creators to make such evildoers credible threats to the main characters that can intimidate the audience and raise the stakes.

But sometimes, going the goofier route can be just as effective, if not more, in some ways. Villains such as these are in all forms of media, especially in animated television. When villains are allowed to be goofy, they become a source of entertainment that lifts the tone and almost make the audience want to see them win (or fail in a funny manner).

This skull-faced intergalactic space tyrant is an intergalactic terrorist leading his army of watchdog soldiers to conquer the universe and spread fear and misery to all who live in it. The only thing standing in his way? A relentlessly optimistic little critter named Wander.

Or rather, Lord Hater constantly squanders his exploits, trying to exterminate the little bugger, but loses both the focus of his ambitions and his reputation among fellow villains. He has the power and command of Darth Vader but has the temperament of a teenager trying to get a high score on a video game.

Teachers are often the most stereotypical of hypocritical, close-minded adults in many shows intended for kids. But this guy is far too keen on his students’ hobbies. Denzel Crocker is Timmy Turner’s cranky, mean and borderline psychotic 3rd-grade teacher.

He has entirely devoted his life to proving the existence of fairy godparents, reacting to every slightly unexplainable event as if it were the work of those beings. While he may only be a skinny teacher still living with his mother, this single-minded ambition has allowed him to become a surprisingly dangerous enemy – especially when he gets his hands on magic.

This diminutive tyrant is the owner of the Chum Bucket, the least popular restaurant in the underwater city of Bikini Bottom. Because of his disgusting food and envy of his former best friend and rival, Eugene H. Krabs, he constantly attempts to break into The Krusty Krab and steal the restaurant’s most sacred item – the secret Krabby Patty formula.

Despite his deep voice and booming ego, he’s as tiny as an ant and easy to defeat without his gadgets. He wants to be seen as a tyrant, but he’s just too puny and small; very rare is the occasion when someone takes him seriously.

These two are the first that come to mind when the term “bumbling henchmen” is uttered. At first, they were two goons hired to do Shredder’s dirty work, but after a humiliating defeat by the turtles, their boss decided on a new plan.

He had them forcibly mutated to defeat his latest foes into a warthog and rhinoceros, making them stronger than ever before. But, unfortunately, it did nothing to increase their intelligence, as they still constantly fumbled the efforts of Shredder and Krang and were lacking as a genuine threat to the turtles.

This maniacal menace is perhaps the result of what would happen if someone took Doctor Doom’s mind, put it into a monkey – and somehow had an even more ridiculous ego. Once Professor Utonium’s lab assistant, during the same accident that created Townsville’s favorite superheroes, he mutated to increase in intellect.

He then became a super-villain with some genuinely menacing goals and plans. Of course, being a talking monkey with a very high opinion of himself, Mojo Jojo is both intimidating and hilarious, whether due to his high-strung demeanor or his habit of using redundant language to over-explain his actions to anyone who’ll listen.

While the 1987 version of Glomgold was a fun threat, the 2017 version was a comedic goldmine. Being the second-richest duck in the world, Glomgold seeks to take the number one slot, especially if he has to resort to less than favorable methods.

Apart from his already bombastic attitude, the duck is unhealthily obsessed with defeating Scrooge McDuck at every possible challenge, even when McDuck is on his side. Desperate to fill his image, he goes as far as to imitate a Scottish accent and wear a kilt, beanie, and a fake beard, even though he’s really a fisherman from South Africa.

If My Little Pony has an equivalent to Loki, this mischievous being would be it. A literal spirit of chaos, Discord unleashed a great deal of anarchy on the community of Equestria until he was imprisoned in stone. However, after attempting to return to his evil ways, Princess Celestia chose instead to put him on a path to redeem himself and become an ally to the ponies.

The only things he seems to take seriously are his power and friendship with characters like Fluttershy. He loves to exhaust his magic to emphasize his showmanship; on one memorable occasion using it to imitate Bob Ross.

He has a tragic backstory for almost every single event in his life – amongst them, neither of his parents even bothered to show up for his birth. Driven to the path of evil, Heinz Doofenshmirtz became a mad(ish) scientist who dedicated his career to take over the whole of the tri-state area. All while balancing being a divorced dad to his teenage daughter Vanessa.

His arch-nemesis is Perry the Platypus, a secret agent who foils his schemes every day of the summer the show is set in. Not that Perry needs to do much – Doofenshmirtz’s plans tend to go rather berserk thanks to his own incompetence and lack of ambition.

NEXT: 8 Movies Where the Villain Is An Abstact Concept Instead of Character