10 Best Action Adventure Games To Play Before The Game Releases 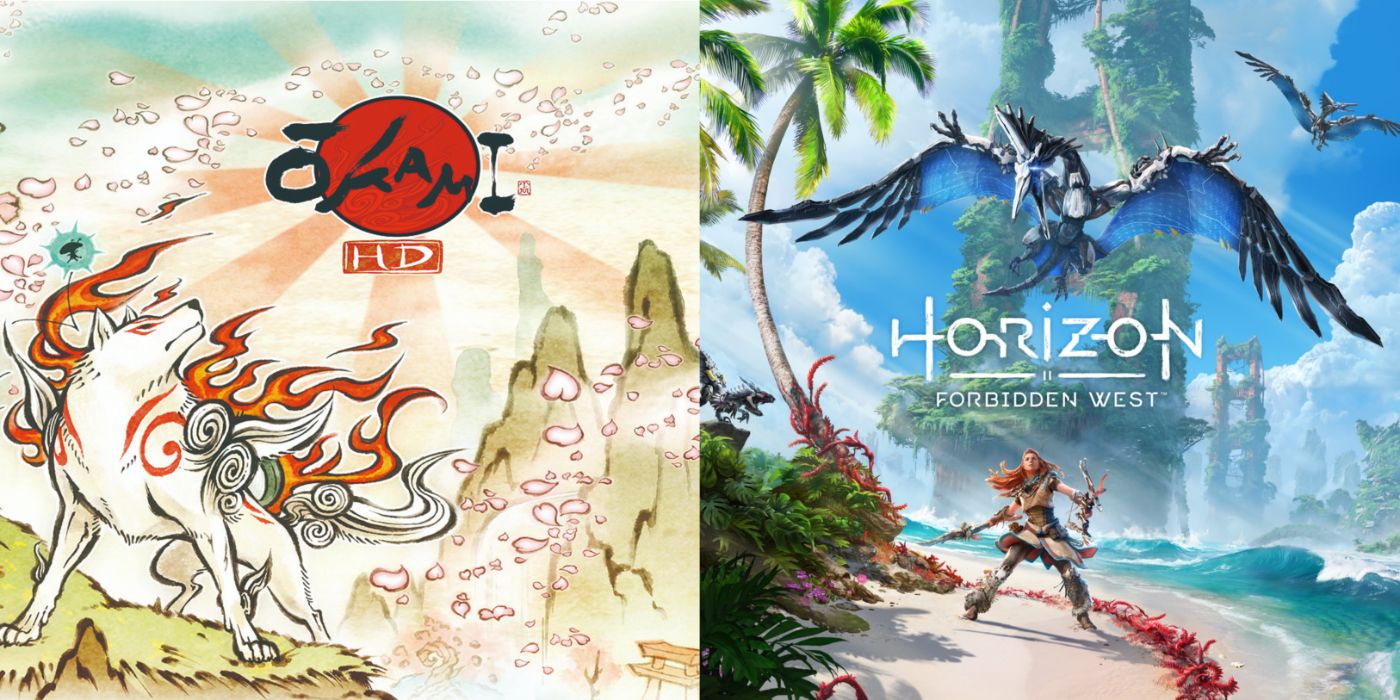 While it’s been a more agonizing wait than fans initially expected, it appears that the (still) untitled sequel to The Legend of Zelda: Breath of the Wild should launch in the first half of 2023. However, in the meantime, there are some noteworthy action-adventure games worth playing while fans wait out this — hopeful — final stretch before it releases.

Breath of the Wild was released to widespread critical acclaim and was a landmark in terms of open-world level design. And while some of the games that came after came off as pale imitations, there are titles before and after their release that had great open-world experiences in their own rights.

The PlayStation 2 era was packed with excellent action-adventure games, but Capcom’s Okami more than deserves a shoutout. It’s one of the most artistically memorable games to date thanks to its mesmerizing watercolor aesthetic, and the gameplay was modeled after classic The Legend of Zelda titles.

Playing as the white wolf Amaterasu, Okami features a tasteful blend of real-time action combat, platforming mechanics, and puzzle-solving segments that culminate in an experience that’s a wonderful homage to its Zelda inspirations that simultaneously stands on its own. The game was critically acclaimed upon release and is more accessible than ever thanks to its modern remastered ports.

Though it’s an admittedly darker alternative to Breath of the Wild, Middle-earth: Shadow of Mordor is a compellingly grim take on J. R. R. Tolkien’s revered work on The Lord of the Rings universe. The Legend of Zelda: Breath of the Wild arguably shows its Tolkien influences the most, and even in this darker world, Mordor features a substantive open world with engaging gameplay mechanics.

The story follows a Gondorian Ranger named Talion and the Elf Wraith Celebrimbor on a quest for vengeance, with players utilizing a worthwhile take on the Batman: Arkham combat style and the thrillingly inventive Nemesis System across interconnected Orc tribes. On top of the action-adventure similarities with Breath of the Wild, it’s also perhaps the best game for Lord of the Rings fans.

For something directly The Legend of Zelda and Breath of the Wild related, the recent spinoff should be a fun diversion from the mainline formula. Developed by Omega Force, Hyrule Warriors: Age of Calamity is a direct prequel to the aforementioned game set in an alternate timeline.

It’s also a crossover with the hack-and-slash Dynasty Warriors series, letting players take control of iconic characters from the original game in bombastic, large-scale battles against hordes of enemies. However, it does also retain a version of Breath of the Wild’s crafting and environmental puzzle-solving gameplay.

Ubisoft’s Immortals Fenyx Rising is the latest high-profile “Breath of the Wild clone” to release, this time putting a Greek mythology spin on the setting. Despite that label, the game managed to be a solid and fun riff on Breath of the Wild‘s formula and a colorful art direction to complement it.

Immortals Fenyx Rising can be too much like the latter to a fault, but its upbeat characters, story, and combat mechanics combine for a fun gameplay loop. The open world isn’t as expansive either, but it’s densely packed with secrets and unlockables to uncover.

In a similarly dark take on The Legend of Zelda‘s gameplay loop, Vigil Games’ Darksiders is another interesting twist on the formula worth playing. Players take on the role of War, one of the Four Horseman of the Apocalypse, as he travels to earth as the Endwar has seemingly begun. However, he’s framed for causing the Apocalypse prematurely and siding with Hell.

It’s best described as a mixture of Zelda and God of War in terms of gameplay. War ventures through dungeons that involve puzzle-solving elements while engaging in bloody and cathartic God of War-style combat.

Guerilla Games took a radical departure from their first-person shooter Killzone series, as the PS4’s Horizon Zero Dawn was the developer’s first venture into the RPG space. While an RPG, it still effectively blends action-adventure mechanics with role-playing features that are fairly simple to grasp. And similar to Breath of the Wild, Horizon Zero Dawn has one of the most breathtaking open worlds in gaming.

It’s a creative combination of prehistory with dystopian sci-fi that makes for one of the most unique settings in gaming as well. Aloy adventures through the United States as humanity has reverted to primitive tribes with different levels of technological advancements, where robotic animals dominate the food chain. This clever setting is complemented by a thrilling ranged-focused combat system demanding different tactics depending on the robotic beast.

Should players enjoy the dark adventures of War in Darksiders​​​​​​, then its direct sequel should more than satisfy them. The game received a similarly strong critical reception, with high marks given to Darksiders II‘s increased scope and building on the strong gameplay foundations laid by its predecessor.

Players follow the quest of Death this time, as the Horseman sets out to clear his brother’s name as he stands trial for eradicating humanity. In addition to the satisfyingly brutal combat and dungeon exploration mechanics, Darksiders II also features expansive interconnected open worlds for those that might be more used to bigger sandboxes after playing Breath of the Wild and more.

3 Shadow Of The Colossus (Remake)

Japan Studio and Team Ico’s Shadow of the Colossus was a powerfully cinematic experience back on the PS2, and Bluepoint Games’ PS4 remake gives it a deserved modern facelift. In terms of atmosphere and setting, Shadow of the Colossus‘ fantasy world isn’t too dissimilar from Breath of the Wild‘s.

It’s almost as if the world of Hyrule was given a more minimalist world design and melancholy air of beauty to it. Though more linear, Shadow of the Colossus has a breathtaking sense of scale with gameplay that’s largely defined by a handful of puzzle-focused boss fights.

Free-to-play mobile/gacha games understandably (and oftentimes deservedly) receive criticism for their intrusive microtransaction elements, but miHoYo’s Genshin Impact proved to be a rare exception. While the game is free-to-play and features in-game purchases, the action-adventure RPG was positively received for its variety of gameplay styles.

It’s often dubbed as a “Breath of the Wild clone,” too, but as far as imitations go, its vibrant world stands out admirably and is engaging to explore. More importantly, players manage a whole party of characters with unique builds. Nonetheless, the similarities between Genshin Impact and Breath of the Wild — and especially since it’s F2P — make this a fun way for players to bide their time until the latter’s sequel releases.

Given its predecessor’s success as one of the best PlayStation 4 games, a sequel was an inevitability. The same appeals fans might have from Breath of the Wild‘s open world and action game design apply to Forbidden West as they did with Zero Dawn, but with Guerilla successfully following it up as a marked improvement on all fronts.

Aloy goes toward the west coast as she tries to unite rivaling tribes amid the aftermath of an extinction event caused by a rampant swarm of rogue robots. It was well-received thanks to its expanded scope, as well as deeper role-playing mechanics and more exciting combat. There’s a new sense of verticality in exploration, as players can explore underwater and glide through the air. It’s also a noteworthy technical/graphical improvement over the original, despite being a cross-gen (PS4 and PS5) game.

The Others Offers a Different Take on the Haunted House Flick

Solana (SOL) Holds Its Gains While Most Coins Bleeds