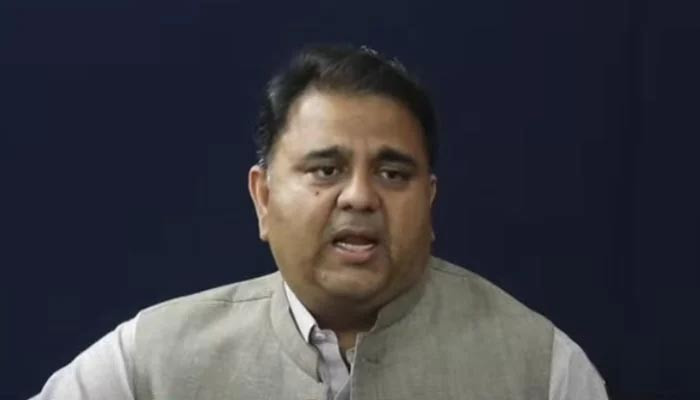 ISLAMABAD: PTI leader and former information minister Fawad Chaudhry on Monday did not clearly respond to a question regarding the party Chairman Imran Khan’s meeting with former US diplomat Robin Raphel at his residence.

He neither accepted nor denied knowing anything about the meeting.

A day earlier, Geo News reported that Khan met with Raphel at his Bani Gala residence in Islamabad.

Addressing a press conference with former special assistant to the prime minister Sania Nishtar, Chaudhry said that he did not ask Khan if he met the ex-diplomat or not.

“There is no issue if Robin Raphel is in Pakistan or visits this country as she has retired and has no links with the US government,” he said, adding that the party wants diplomatic relations with the US on an equal footing.

“We don’t want war with America and we acknowledge the Pakistan-US relations,” he stated.

Fawad further said that the PTI will “continue political engagement and transactions with the US government and the embassy,” adding that Pakistan-US relation was important for both countries.

Commenting on general elections, the ex-minister alleged that the incumbent government was preparing to kill Khan and wanted to create an atmosphere of religious hatred, adding that this was the “only government to file blasphemy cases against the opposition.”

Speaking about the scale of devastation caused by the floods, Chaudhry said that destruction in Balochistan and Sindh was very high as Khyber Pakhtunkhwa and Punjab’s infrastructure was much better than the other two provinces.

Answering a question about the country’s economic situation and whether the country would default, Chaudhry said: “The PTI has decided to form an economic committee under the leadership of former finance minister Shaukat Tarin.”

Chaudhry further said that the PTI wanted elections to be held on 123 seats and has decided to take the matter to the Supreme Court.

Musk to buy Twitter after all, in reversal that will reshape 2024