What Sharon Horgan’s Bad Sisters Teaches Us About Emotional Abuse 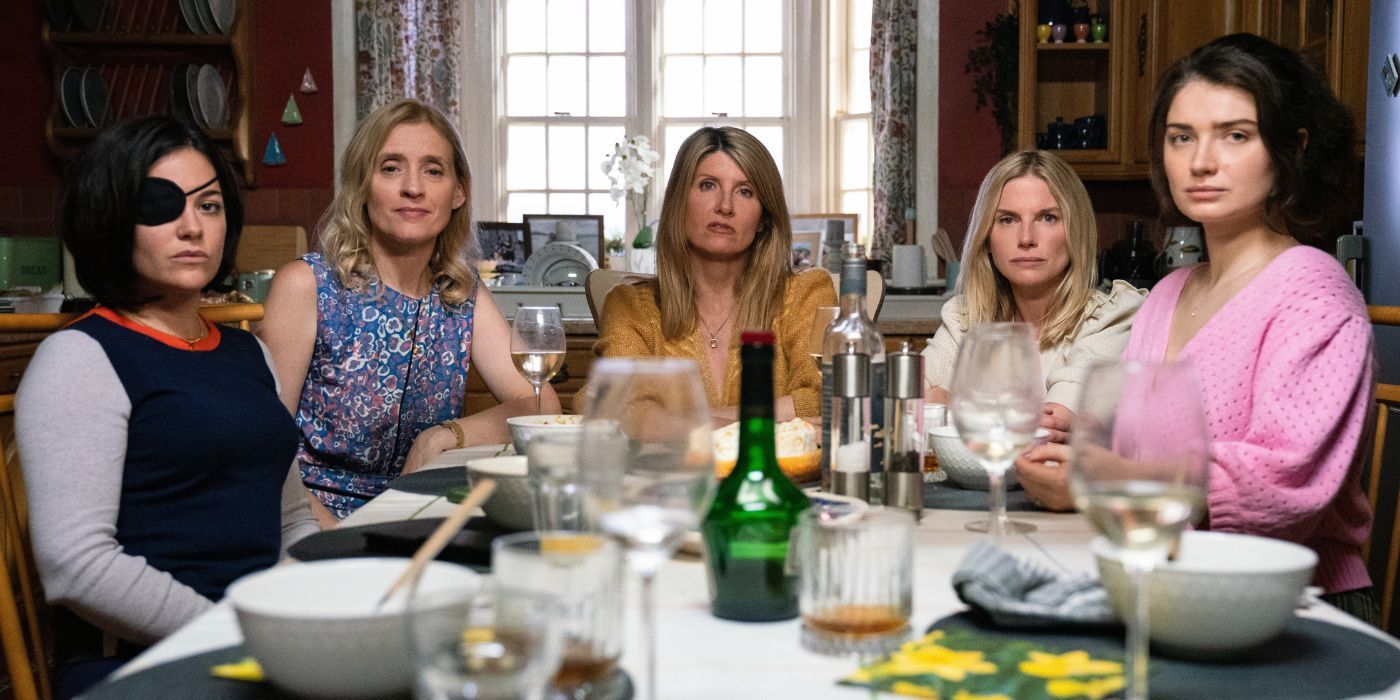 Bad Sisters, debuting this past August, has proven itself to be Apple TV’s most powerful dark comedy. Created by multitalented Irish actress, director, and producer Sharon Horgan (Catastrophe; This Way Up), it tells the story of five idiosyncratic sisters, orphaned young and living near each other on Ireland’s gorgeous coastline. But the siblings — Eva Garvey (Horgan), Grace Williams (Anne-Marie Duff), Ursula Flynn (Eva Birthistle), Bibi Garvey (Sarah Greene), and Becka Garvey (Eve Hewson) — find their adult happiness overshadowed by the oppressive John Paul Williams (Claes Bang), Grace’s quietly cruel and overbearing husband. The series delves into his longstanding emotional abuse, which, in turn, becomes the catalyst for Grace’s four sisters to cook up various harebrained schemes to “help nature out” and bring about their middle-aged brother-in-law’s demise.

Though these efforts unfold to great comedic effect, there’s something truly sinister and desperate underneath the mordantly funny and spirited Garvey family’s surface. As John Paul belittles Grace by preventing her from seeing her siblings, criticizing her parenting skills, forbidding her to go out on her own, and foisting his puritanical and pro-life views on their sweet-natured teenaged daughter, so does he also seek to control the lives of his wife’s sisters. In threatening to lay bare their most painful secrets and vulnerabilities — mocking, for example, Eva’s infertility and attempt to get a promotion at work; threatening to reveal Ursula’s impulsive extramarital affair; and ensuring that a still-unseen real estate deal undertaken by Becka falls through — he maintains his viselike grip over the family as a whole.

Abuse Against Not Only His Wife, But Her Sisters

These cruel blackmailing tactics implicate his sisters-in-law in his abuse of Grace, however indirectly, because they fear that taking action against John Paul will result in their treasured sibling’s further isolation from the family. This silent terror campaign also means that John Paul’s manipulations remain difficult to pinpoint, as Grace, though clearly suffering from years of gaslighting — in the truest sense of the word — bears no visible signs of marital turmoil. With her husband’s behavior taking the form of quiet control rather than physical abuse, she is trapped, unwilling and unable to speak out about the extent of her partner’s mental cruelty in their marriage. Bad Sisters therefore offers a refreshingly honest exploration of just how insidious this type of emotional manipulation can be in longstanding romantic relationships. The victims of such behavior, however browbeaten, may feel overwhelmed and terrified by the tremendous personal costs of standing up to their partners — who, like John Paul, might subtly ensnare others in their schemes to maintain absolute control. Many, like Grace, are forced to normalize such actions to prevent further chaos.

What, then, is the breaking point that allows the Garvey sisters to consider the impossible — killing John Paul, who exudes power in every room he walks into — possible? Based on the episodes that have aired, it’s the prospect of personal ruin and humiliation, on top of their brother-in-law’s successful efforts to control their sister, that motivates their increasingly erratic behavior.

Ultimately, Bad Sisters is a show about how far abusers like John Paul will go to maintain power. What he fails to understand, however, is the strength of Eva, Ursula, Bibi, and Becka’s convictions. Though their efforts to end their brother-in-law’s life are well outside the realm of normal behavior, it’s their desperation, and love for their sister Grace, that make their improbable plans convincing.